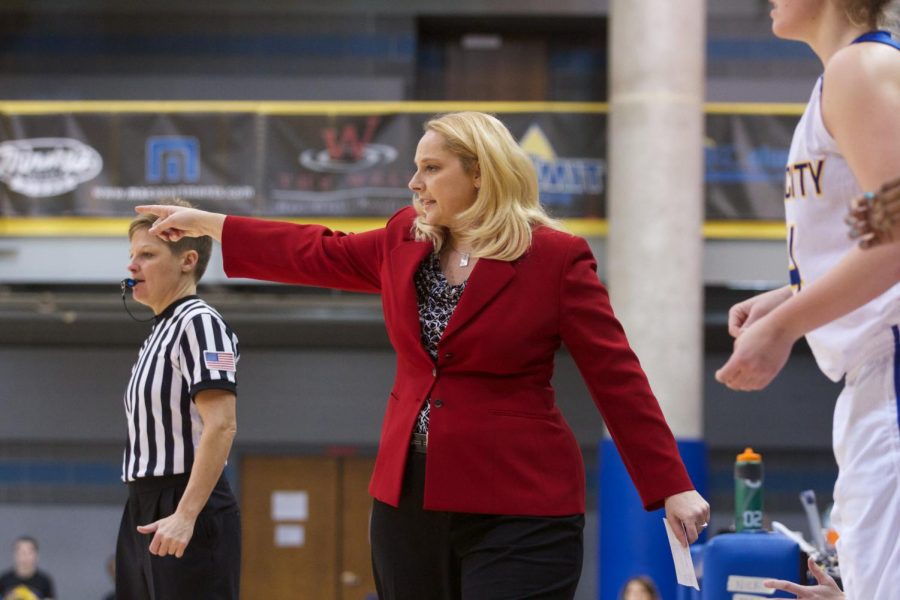 San Diego State women's basketball is adding Marsha Frese as an assistant coach. Frese last coached at the University of Missouri-Kansas City as a head coach from 2012-2017.

Frese has almost 20 years of experience coaching women’s basketball at the collegiate level. Her last coaching stint was at the University of Missouri, Kansas City as a head coach from 2012 to 2017.

Terry-Hutson said Frese brings a wide background to the game and will help in the recruiting process.

“Marsha is a great addition to our staff and program,” Terry-Hutson said in the press release. “She has a wealth of experience, is a fantastic recruiter and works tirelessly. Above all else, she is a staunch advocate for student-athletes and fits perfectly with the SDSU culture.

Frese said she cannot wait to start at SDSU and has enjoyed her relationship with Terry-Hutson.

“I couldn’t be more excited to join Coach Terry-Hutson and her staff on the Mesa,” Frese said in the press release. “I was fortunate to work with Stacie while at the University of Illinois and it was an incredible working environment. While our career took us in separate directions, I have enjoyed following her success from afar and have tremendous respect for her hard work and dedication.”

Before Terry-Hutson and Frese worked together for the Fighting Illini, Frese began her coaching career at Ball State as an assistant coach under her sister Brenda in 1999 and helped the program to two consecutive winning seasons for the second time in school history.

The 10-win improvement was the biggest in Big Ten history and she coached Big Ten Player (Lindsey Whalen) and Freshman of the Year (Janel McCarville) that season. Both Whalen and McCarville wound up being top five picks in the WNBA Draft.

Frese said she likes Terry-Hutson’s personality in building those relationships and wants to help the program achieve a conference title for the first time since 2012.

“I have always admired her strong commitment to building relationships with student-athletes and their families, along with her incredible passion for the game,” Frese said in the press release. “It’s clear that the San Diego State women’s basketball program has a strong foundation and I can’t wait to help them compete for Mountain West championships.”

Although Frese was not coaching for a program in the last couple of seasons, she has been staying active by being a freelance consultant working as a recruiting evaluator for Blue Star Basketball.

During her playing career, Frese was named Iowa’s High School Player of the year in 1990 and helped Cedar Rapids Washington to a state championship. She went down south to Texas and played collegiate ball at Rice University, where she still ranks in three categories in the Rice Owls’ program.