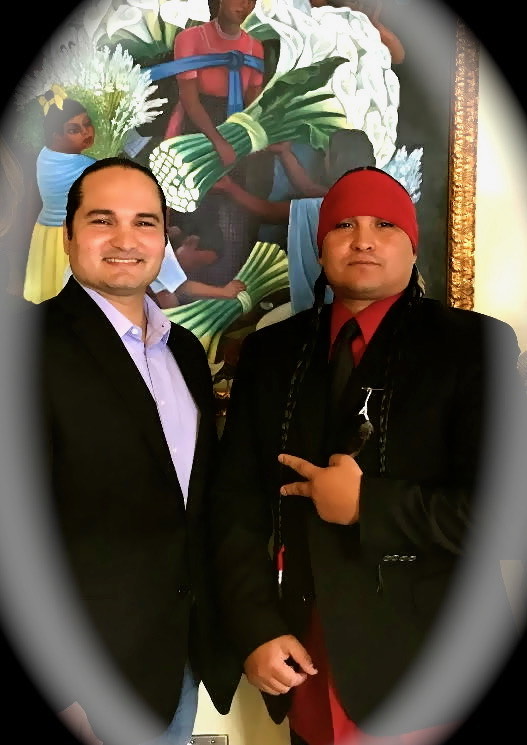 San Diego State’s Native Resource Center celebrated Kumeyaay New Year with a Zoom meeting on Sept. 23 to discuss the significance of the holiday and what it means to the Kumeyaay people.

The discussion was led by Arts and Liberal Studies Graduate Student Chris Alvarado Waipuk and American Indian Studies Instructor and Tribal Liaison Jacob Alvarado Waipuk. The two are brothers and are from the Kumeyaay nation within San Diego, specifically San Pasqual Valley.

NRC Director Chris Medellin kicked off the discussion and reminded attendees of the event’s significance.

“We provide this space today to support the Kumeyaay nation, and let individuals learn in a safe space about traditions and culture by Kumeyaay people,” Medellin said.

“It’s important to know the Kumeyaay creation story, so then we can [understand] why the Kumeyaay’s believed that this was their new year,” Chris Alvarado Waipuk said.

Waipuk explained the meaning behind this Indigenous day and said, “The reason why it’s Kumeyaay [New Year] is because we believe in the spirit of nature and that the creator convened everything.”

“The woman is such an important piece,” Waipuk said. “In our culture, creation is woman and woman is creation… so for us, nature, power, woman- all of it is one. There’s no separate things.”

Throughout his storytelling, Chris Alvarado Waipuk sang snippets from Indigenous Kumeyaay songs which further explain the meaning of the creation story.

He recognized SDSU’s land acknowledgment, the written statement showing support and appreciation for the native and Indigenous people, however, he still wants people to truly understand who the Kumeyaay people are.

‘’We’re just a small part of this world, but our Kumeyaay world is beautiful, our traditions are beautiful, that was almost taken away from us as Indigenous people,” Jacob Alvarado Waipuk said.

For the Waipuk brothers, they strive to continue their legacy, through discussions like these, or wherever they go.

“We’re going to talk about who we are, we’re going to keep telling people so that we’re not forgotten and our history is not written in a wrong way,” Jacob Alvarado Waipuk said.

Jacob Alvarado Waipuk said as a native person he keeps two things close to heart– his culture and being able to carry on the Kumeyaay nation from his ancestors to future generations.

“[And] we have to learn how to survive in this world, even though this world is not the Kumeyaay world our ancestors grew up with.”

The NRC offers many ways and events to get students involved during this time. Medellin noted these events are not only open to students, but also to SDSU staff and faculty and native community members who support the NRC. For more information on SDSU’s NRC and how to stay updated on future events, visit their website here.