My experience as a sober student at SDSU 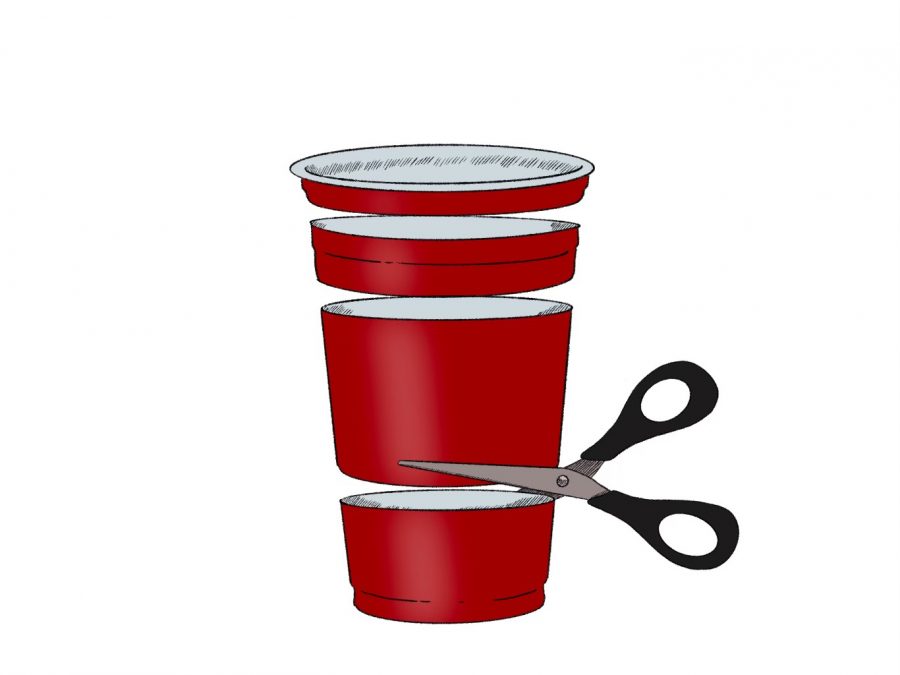 It’s pre-pandemic and I’m out at a bar with a group of very drunk friends. After finishing my glass of water, I decide I’ve had enough fun for one night and I tell them I’m leaving.

I’m the first to leave and say my goodbyes as they head off into a night full of drunk adventures. I’m not the designated driver. I’m not taking it easy for a night. I’m the sober guy trying my best to have a fun night out with his friends.

This month marks two years of me being sober. I originally went sober because anytime I had alcohol I would consume too much, become belligerent and get sick. When I was drunk, I was unpleasant to be around. I would make bad choices that occasionally put my life in danger and hurt those I cared about.

I don’t ever intend on drinking again, but attending San Diego State has presented challenges to being sober as a college student.

Like many people our age, most of the friends I make at SDSU hang out with alcohol around. This includes house parties, hitting up bars in PB, going to local breweries, driving out to go wine tasting, etc. The list is long because so many people tie alcohol to their social life. As a sober and transfer student, it makes developing deeper connections with friends I have and connecting with new friends very difficult.

Every student completes the Alcohol eCheckup To Go when they first enter SDSU. It listed off some stats that actually shocked me including, the fact that around 30% of male college students don’t drink.

It is comforting to know I am not alone.

There is also a student organization on campus called Aztecs for Recovery, which helps bring awareness to these issues.

You may be a student at SDSU that is considering cutting alcohol from their life, whether permanently or temporarily. If you find yourself in a situation where there is alcohol, here is what has helped me.

If there is alcohol at whatever hang out I’m going to, I am usually the first one there and the first to leave. When people start to get really drunk, I’ll become irritated and extremely tempted to drink, so it’s best for me to head home early.

I always keep water with me so I can experience the act of drinking something around others drinking. I have to have someone around that understands my situation, whether it’s a friend at the bar/party or a friend I brought with me. Usually, I need someone with me who knows under no circumstances should I drink and that there is no need to press me on the issue.

I also recommend finding a social life that is separate from alcohol, or where it is not the focal point of the interaction.

This can be as simple as going to a restaurant instead of just a bar. There are also plenty of outdoor activities to do in San Diego. Hosting board game nights has worked the best for me. This allows friends to bring alcohol and drink if they want but no one gets really drunk at this type of event. I can feel completely comfortable and focus on Catan or whatever other game we are playing.

I never did any program like AA and I never sought support from anyone other than my friends. I am happy to say I’ve been successful so far. I’m 25 years old, which means I’m older for a student at SDSU but young for someone that is strictly sober. It means I am the only person not drinking in any situation where there is alcohol.

As a college student, some of the issues of sobriety boil down to the fear of missing out, or FOMO. One of the reasons I loved getting drunk was that it always left me with some wild stories. There are times now where I feel like I can’t have those stories or that I’m not cool anymore. However, going sober was such a positive change in my life that I would never trade that for some drunken story. I wouldn’t be where I am today without sobriety.