Club Corner: Empowering Women in Law and Institute of Electrical and Electronics Engineers 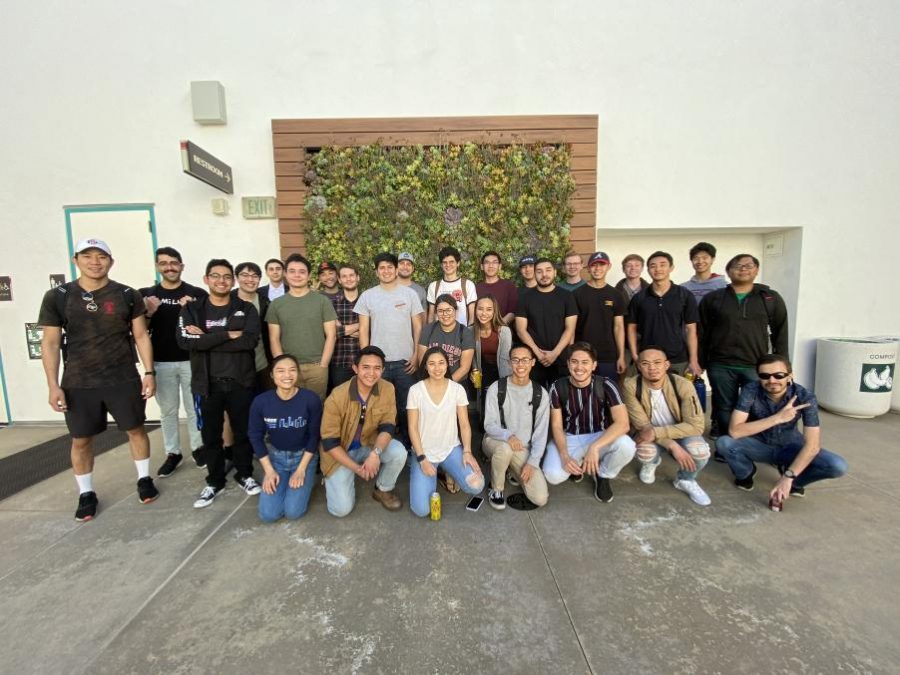 Courtesy of the SDSU IEEE club

The Institute of Electrical and Electronics Engineers offers hands-on work for students.

by David Ahumada and Maya Rodriguez

The San Diego State chapter of Empowering Women in Law (EWIL) is a new organization on campus that strives to support and engage women pursuing a career in the field of law. It’s part of a national organization that is just two years old.

Yazmine Jimenez became co-president of the organization after the Pre-Law Society reached out to her about the opportunity of starting a chapter on campus.

Since then, Jimenez and other students have been responsible for all events concerning the organization.

Recruiting has been a difficulty for EWIL. Pre-COVID-19, EWIL would have done outreach by tabling in front of the library. Now they are depending on professors to promote club activities via email.

“A major segment of the organization is that our members are supposed to volunteer a lot and be involved in the community,” Jimenez said. “We’re trying to figure out how to make it an online thing, through setting up online fundraisers to raise money.”

“It’s just a longer process than going out and tabling and seeing hundreds of people in a day,” she said.

Planned events, such as volunteering at a shelter for victims of domestic abuse and law school tours have also been canceled due to safety concerns.

“We wouldn’t want to put our members in danger,” Jimenez said.

Despite these new challenges, EWIL is still trying to provide its members with the best resources and experiences they have to offer.

EWIL has decided to record their meetings, making it easier for members that live in different time zones to stay updated and enjoy the guest speakers. In addition, the organization provides resources for its members, including free LSAT workshops, two practice exams, and discounts for LSAT study materials.

“Most of our meetings this semester are practicing lawyers that are coming in to speak to our members, in different areas of law, all through Zoom,” Jimenez said.

The goal is for members that are interested in different areas of law to find out whether or not it’s for them.

“We have people come in to give insight and good connecting opportunities because the lawyers might have internships or jobs available,” Jimenez said.

For Jimenez, the importance of EWIL is to uplift women within the SDSU community.

“We wanna be an area where women have a safe place to talk to like-minded people and feel more connected,” she said.

However, Jimenez made a point that the organization is an inclusive space for all genders, sexualities and ethnicities as long as they support empowering women.

The Institute of Electrical and Electronics Engineers

The Institute of Electrical and Electronics Engineers (IEEE) chapter at SDSU is a part of a multinational organization that has 400,000 members worldwide.

IEEE offers hands-on projects, technical workshops, weekly events and study groups for students under the blanket of computer science, computer and electrical engineering, but it’s open for anyone willing to join.

Project Lead Ethan Cua, a computer engineering junior, said that most of their outreach is through word-of-mouth, but the group is active on social media to engage its audience. As the group is working on adapting to a virtual environment, Poppe was shocked by the student response.

“So far, it’s going better than I originally expected,” he said. “I figured if we tried to do everything through Zoom and Discord that we were going to lose a lot of people, but we’ve actually gained 10 new members, so we’re up to about 45 to 50 people who are engaging in the club.”

Technical workshops are offered throughout the semester, these usually take a day to complete, and members can spend a few hours learning hands-on skills. Last semester, IEEE members had to solder components to a circuit board to make a functioning alarm clock.

Cua said there are also remote projects for members able to work on, like the 3D-printed air conditioning generator that Poppe and Vice Chair of Projects Jason Babayev are currently working on.

“Computer-aided design, programming, and theoretical wiring can be done by a group of students, one member can have all the physical components and put it all together without them actually physically needing to be there,” he said. “We’re eventually hoping to meet up in person to test it, talk about it and discuss the project.”

Cua is leading a project called Micromouse for which club members will use computer, electrical and mechanical engineering to build a robot that will go through a competitive maze. The goal is to make the robot run through the maze the fastest.

“It’s the interdisciplinary work that we try to put an emphasis on because real-world projects are much more than the narrow topics we cover in class,” Cua said.

IEEE also hosts a weekly, virtual study session on Zoom that’s open for anybody. Poppe said you don’t have to be a member of IEEE to join, and there are breakout sessions for questions, comments and assistance with anything students are working on.

No club fees or dues are required to join, however, it’s $35 to join the IEEE national chapter for the entire year, but it’s not required to join the club. Poppe also mentioned the club sometimes charges for the materials to create the kits being used, but they’re usually low cost.