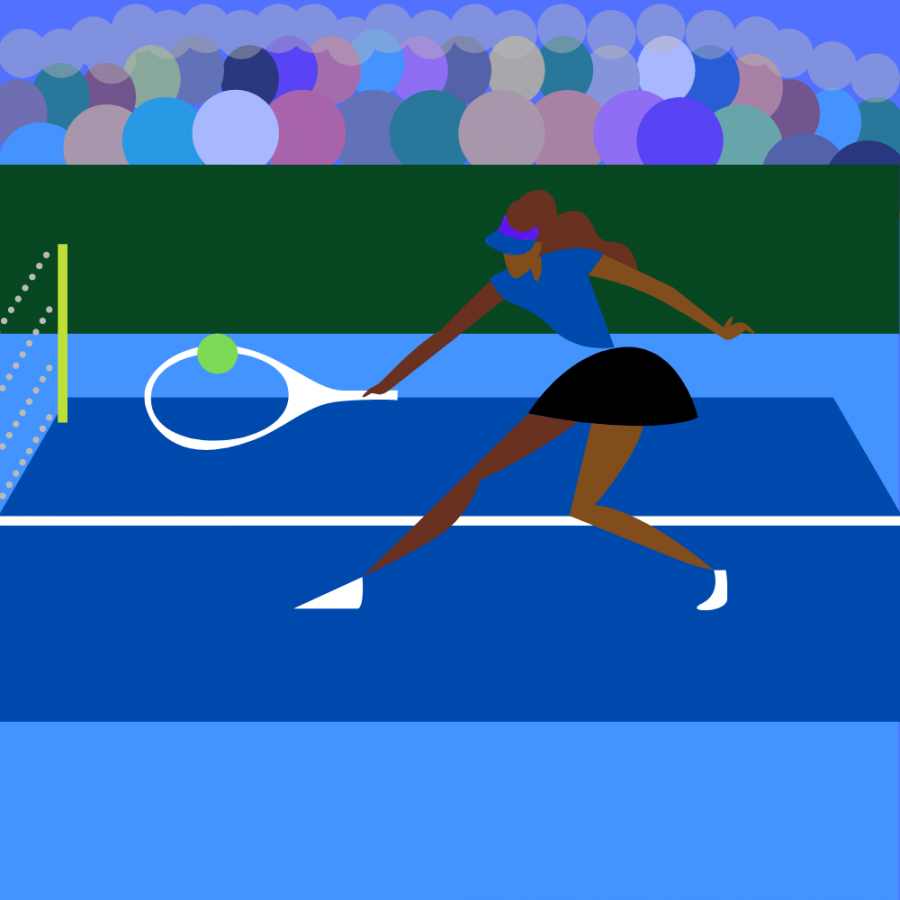 Since becoming a tennis sensation, Naomi Osaka has attained a myriad of success by becoming the first Asian player to be declared world number 1 in singles, winning two consecutive Grand Slams — being the first female to do so since Jennifer Capriati in 2001 — and has become the highest-paid female athlete in a single year, in history.

On Sept. 12, Osaka won the 2020 U.S. Open and although her sporting profile has grown over the last two years, it has expanded even more over the past six months, this self-described introvert has blossomed into her own as a vocal activist, leveraging her influence as history unfolds around her.

“I’m proud of her,” tennis legend Billie Jean King told USA TODAY Sports in an email. “Naomi has chosen to use her platform and use it as a catalyst for change. She is a leader among today’s athletes – men and women – and she is speaking from her heart and her mind. It’s inspiring to watch a young leader step to the front and help humanity.”

Born to a Haitian father and Japanese mother, Osaka has been extremely vocal about her presence not only in the sport of tennis but in the world as a biracial woman. With her vast platform, the reigning U.S. Open champion made it clear that she will speak against injustice and that no one can take away that right from her.

This U.S. Open was particularly important for Osaka as her activism was the voice for all of the marginalized. “Taking a stand against racial injustice has boosted Osaka’s motivation and energy going into this year’s U.S. Open,” Osaka’s coach Wim Fissette said. For each match at Flushing Meadows, Osaka wore a black face mask with the name of a victim of racial injustice, systematic racism and police brutality. They are all well-known names at this point, but in order, Osaka honored Breonna Taylor, Elijah McClain, Arbery, Martin, George Floyd, Philando Castile and Tamir Rice. Devastating enough, no one has faced any real consequences for their deaths.

After her win against Victoria Azarenka in the U.S. Open final, reporter Tom Rinaldi asked Osaka in her on-court interview about the message behind her masks. In efforts to explain and reflect on the impact of her method of activism, she said, “Well, ‘What was the message that you got?’ is more the question, I feel like the point is to make people start talking.”

The significance of this was incredibly immense because singles tennis is one of the few sports where an athlete plays for themselves, is alone on the court and everything they do is examined. Deliberately consolidating her star power and presence, as well as her play, Osaka has proven that she is mature beyond her years and that she intends to make a difference however she can.

In the wake of a global pandemic categorized as once-in-a-generation, public debate about police brutality, racially-motivated violence and social injustices in the United States have once again risen to the forefront of not only American but global discourse in response to the deaths of George Floyd, Breonna Taylor and Ahmaud Arbery, among others, this year.

This summer, Osaka often took to social media in support of the Black Lives Matter movement, with posts that not only shared information but helped to educate and provide resources, while also condemning those who propose that athletes should stay silent on matters outside of their chosen profession.

Last month, on the monumental day that NBA players decided they would not play after the Jacob Blake shooting, Osaka followed suit and announced she wouldn’t play the next day in the Western & Southern Open semifinals. It was originally intended as a protest, with Osaka willing to give up the match, but instead, the tournament pushed its schedule back an entire day.

Osaka’s initiative to vocalize her stance on the movement was also paired with a desire to act. In June, she flew from her Los Angeles home to Minneapolis to join in peaceful protests in response to George Floyd’s death and wrote an op-ed for Esquire magazine in July reflecting on her biracial background as well as how the pandemic and her sport’s corresponding cessation helped prompt her to become so forthright about social injustice.

Osaka is one of the country’s most recognized athletes and has become the face of a progressing Japan coming to terms with challenges to its self-image as a racially homogenous society.

Baye McNeil, a prominent Japan-based African-American author and activist, sees Osaka as the next step in a sequence of great Black athlete activists such as boxer Muhammad Ali and sprinter Jesse Owens.

“Muhammad Ali put his career on the line in order to protest things that he thought were unjust or just wrong. And I think Naomi is on that path,” McNeil told Reuters from Yokohama. “She is joining a community that has a history, has a legacy, going all the way back beyond Jesse Owens. In fact, what she is doing is very in line with Jesse Owens. Not necessarily for her impact on America but on Japan. I kind of think of her as a Jesse Owens of Japan.”

McNeil, who moved to Japan 16 years ago, believes Osaka and other biracial athletes like Washington Wizards power forward Rui Hachimura and Chicago Cubs pitcher Yu Darvish can be catalysts for change just by competing.

Jaime Smith, who helped organize June’s BLM protest in Tokyo, thinks many Japanese people do not see Osaka’s activism as relating to their own country.

“They see it from the viewpoint that she is a Black American woman, even though she’s half Japanese, and she is speaking out about an American problem, so I still think there’s some willful ignorance there,” Smith told Reuters. “That’s the kind of mindset we are trying to change.”

Smith, who relocated to Japan from the U.S. three years ago, sees Osaka as the perfect person to push through this change.

“She is at a point where she is huge worldwide and people can’t help but listen to her,” she said. “I think this is the perfect time to do what she is doing.”

Walking the tightrope between athlete and activist is not a simple task, but to do that as someone who has not enjoyed the spotlight while playing a Major is an even bigger feat. Her anti-racism stand was both an added burden on her shoulder and a target on her back at the U.S. Open.

In one sense, the athlete had no choice but to see a victory despite the game’s outcome because of the message and the medium she sought.

Osaka is exemplifying what it means to blend being a professional athlete and activist, and that one can be the latter without negatively impacting the former. It could even be propounded that athletic success increases the impact of one’s activism.