Why Justin Bieber’s “Believe” is his best album 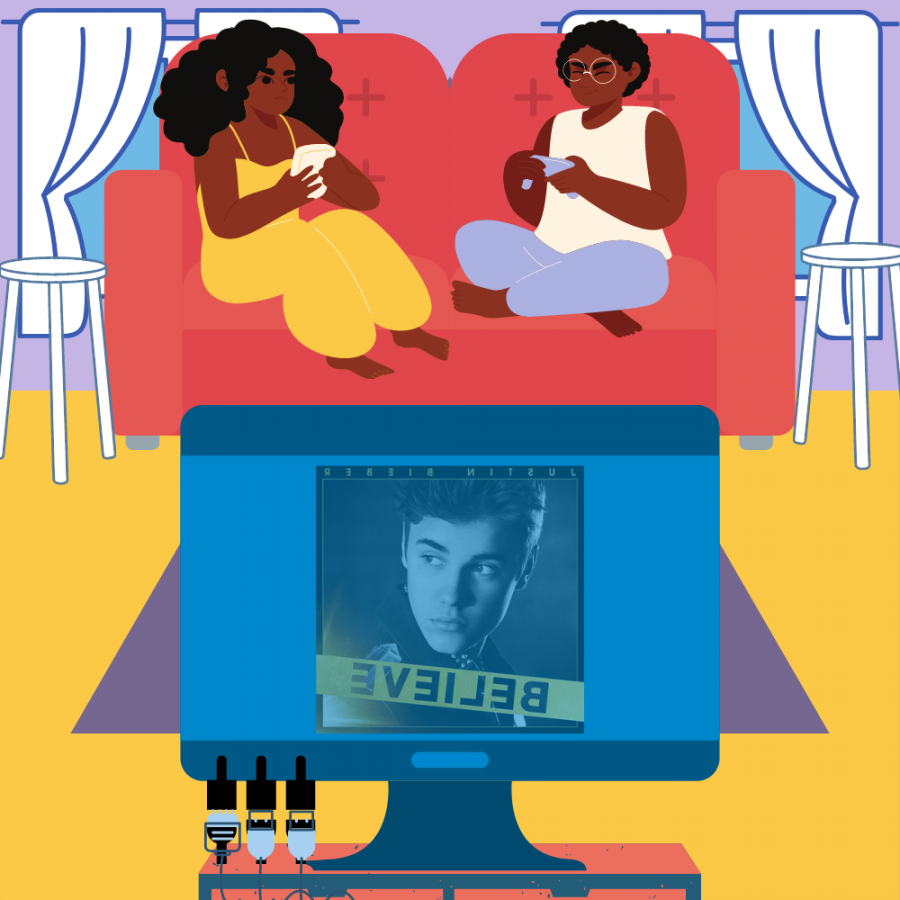 In January, three friends and I decided to sign a lease for a house just next to campus. We didn’t think everything would turn out as it did, however, we still were able to move in together after careful planning.

Living with these girls has been absolutely amazing so far, and we’ve been able to make so many great memories together in a short amount of time, with limited options. One of my favorite memories of us together has to be the night where we sat on the couch listening to as many old Justin Bieber songs as we could.

I know you may be thinking, ‘Justin Bieber? Really?’ But for my roommates and me, it has been all about the memories his songs bring us. During these times, it’s difficult to remember the good in the world, and ironically enough listening to Justin Bieber has been a great mood lifter.

Somedays, it hasn’t even been about his music specifically. It’s about us sitting around, screaming at the top of our lungs and making the most of the life we’re living right now.

If you can look past the screaming girls and pop-star celebrity some of his earlier music boxed him into, Justin Bieber is actually pretty damn talented. For his age, his vocals on these albums were something else.

The biggest hits were from his 2012 album, “Believe.” I wasn’t a big fan of Bieber’s music when I was 12 years old like most girls and I don’t really listen to any of his new music, but I can tell you at almost 20, I am an extremely big fan of “Believe.”

This is not to say that his previous albums (“My World” and “My World 2.0”) were terrible. In fact, some of the songs on them are pretty great. However, unlike “Believe”, some of those songs deserve to stay in the past.

From more soulful songs like ”Die In Your Arms” — which is actually a lot sweeter than the name suggests — to songs condemning his stalker, ”Maria,” “Believe” just does not fail. A personal favorite is “Right Here”, which features Drake on a verse or two.

This album also has some of the best features. “All Around the World”has Ludacris, bringing some of the ‘Baby’ memories to come full circle. Big Sean, Drake and Nicki Minaj also make their respective appearances.

While these rappers have a uniquely different style than Justin Bieber, you could tell he was trying to expand his genre and shift away from the “bubble-gum” pop that his previous albums were chock-full of. That is commendable on its own. Artists branching out and evolving their music is always hit or miss, yet Justin Bieber started slowly and made a hit album at that too. The album was number one on US Billboard 200 and was certified Platinum by the Recording Industry Association of America.

This is why I posit that “Believe” is Justin Bieber’s best album. The music isn’t necessarily transformative but it was a shift in his career that was very noticeable and the music still stays a hit today. It was different for him and Justin Bieber was able to create it with so much confidence that even today, it’s still a very listenable album.

More importantly, the songs transport you back to a time where things were simple, and life didn’t feel pointless.

Some of the songs sound like they could be on his earlier albums, flip-flopping between slow and upbeat, but a majority took on a new style.

You may be wondering why if some of the songs are similar to his previous albums, how can “Believe” be transformative? It is because all the pieces are elevated to some extent to try and break the boundaries Bieber had enclosed himself in. He didn’t go overboard and make all the songs out of his style, but he proved his music could change and evolve with him. This album doesn’t want you to forget why you loved Justin Bieber in the first place, but it wants you to experience something new.

It’s filled with good memories that bring good vibes – and in mine and my roommates’ house it’s good vibes only.