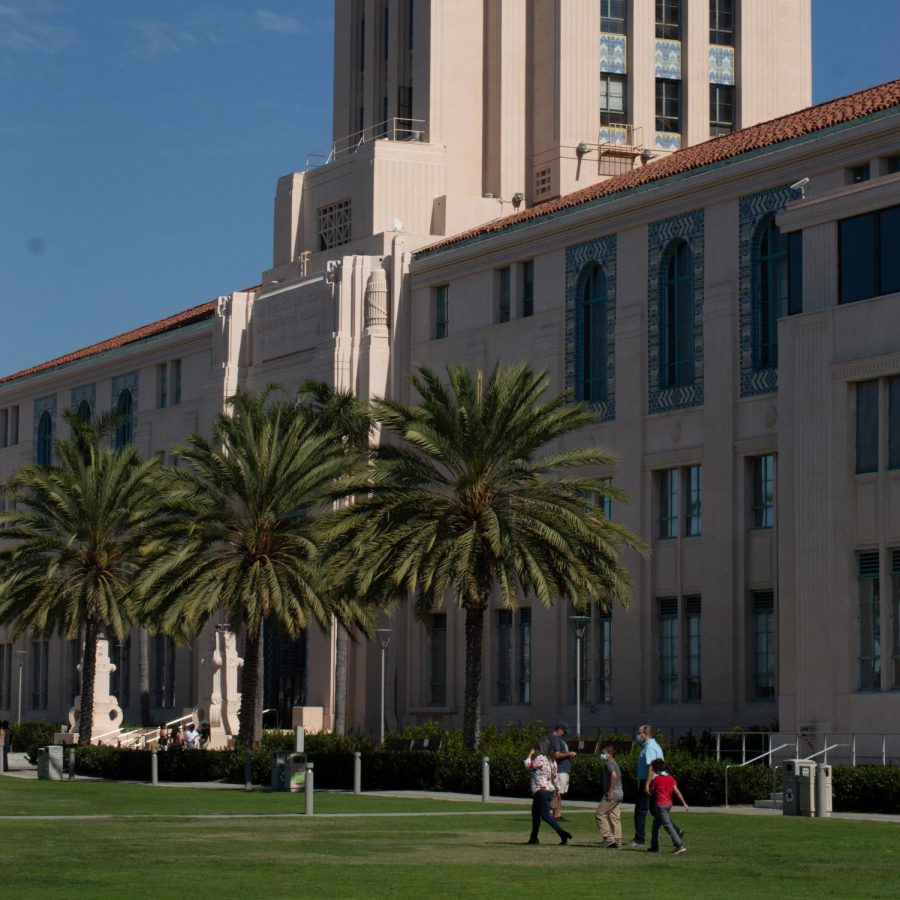 San Diego County has stepped in to control parties at SDSU before Halloween.

Like Halloween candy, the San Diego County Health Officer handed out cease-and-desist orders on Oct. 30 to residents of eight off-campus houses located within blocks of San Diego State’s campus. Six of the houses are associated with Greek life organizations.

The residences were planning to hold large gatherings between Oct. 30 and Nov. 1, according to the official documents provided in a county press release.

The cease-and-desist orders issued at the university’s request require residents to comply with state and local health guidelines or face criminal misdemeanor citations with $1,000 fines attached.

“We were compelled to take this action because there is a great deal at stake. Let me be very clear, the region’s livelihood hangs in the balance and is directly tied to our individual and collective actions. We are on the brink of moving to a more restrictive tier. Know that our place on one tier or another is not based on the state’s assessment, it is intrinsically tied to our personal and common efforts. The risk of contracting COVID-19 is increased when we come in contact with individuals outside our households. Every decision each of us makes should be guided by that knowledge.”

This is the steepest escalation in SDSU’s efforts to control the spread of COVID-19 in the off-campus student population and comes as San Diego County is once again flirting with the possibility of returning to the more restrictive purple tier in the state’s reopening blueprint.

When asked about the reasoning behind the county’s involvement, Michael Workman, the County Communications Office director, alluded to the lessons learned in September when parties and large gatherings resulted in a surge of new cases at SDSU.

This spike put San Diego County’s status in the red tier in jeopardy. It prompted county leaders to petition Gov. Gavin Newsom to exclude the university’s cases from the county total.

“As we’re all aware, the outbreaks earlier in the school year at SDSU were traced to parties,” Workman said. “No one wants to go there again.”

Since the beginning of the semester, 1,248 SDSU students have tested positive for the virus. Of these cases, 826 are among students living off campus, according to the university’s coronavirus dashboard.

“SDSU is fully supportive of the cease and desist order Dr. Wilma J. Wooten issued to the region’s higher education community. Since last Spring, SDSU has worked with county public health officials to encourage that all students, faculty and staff adhere to public health guidelines and our state’s public health orders. Students should not be hosting or attending parties and should not be attending any in-person gathering that is not in compliance with public health directives.”

In the past two weeks, several posts capturing parties with allegedly 200 people in attendance have circulated Twitter and Instagram.

The university would not provide details about how it became aware of the residences’ plans to host gatherings citing privacy concerns. However, the cease-and-desist orders clearly describe the planned gatherings’ documentation in question and explicitly state the houses’ addresses.

SDSU has implemented two stay-at-home advisories for students on campus and in the College Area. One is currently in effect and remains so until Nov. 2 at 6 a.m.

According to the university, more than 970 notices of alleged violations of COVID-19 related student code of conduct policies have been issued. Citing ongoing investigations, the judicial process and privacy restrictions, the university would not provide specific details about the notices or the organizations involved.

SDSU continues to maintain a contract with Elite Security to patrol campus and College Area neighborhoods to report alleged policy violations. University Police are also involved in this effort, UPD spokesperson Raquel Herriot said. UPD will be increasing patrols at campus-owned properties and areas that fall within the university’s jurisdiction, Herriot said.

According to Herriot, between Oct. 23 and Oct. 30, UPD received reports of one party and two health order violations.

However, since then, several IFC fraternities have been placed on probation following investigations into large gatherings. According to the Office of Student Life and Leadership website, Pi Kappa Alpha was suspended in abeyance in September for hosting parties at a fraternity house on Aug. 21 and 22, just days before the social moratorium was put in place.

Another IFC chapter Sigma Alpha Epsilon – which also received a letter – was placed on interim suspension on Sept. 17, pending an investigation.

Although not among the chapters named in the cease-and-desist orders, Phi Delta Theta was put on probation on Sep. 8 following an investigation into a party at their chapter house on Aug. 26, and Phi Kappa Psi was placed on an interim suspension on Sept. 22.

IFC President Lee Abed did not immediately respond to a request for comment.

Kappa Sigma, which received two letters, is not an IFC chapter. The fraternity is not recognized by the university and was placed on suspension until August 2022 after an investigation found the chapter violated SDSU’s hazing and alcohol policies.

CORRECTION: An earlier version of this story misstated the current tier of San Diego County in California’s reopening blueprint. The county is in the red tier and is close to returning to the more restrictive purple tier. The Daily Aztec regrets this error.