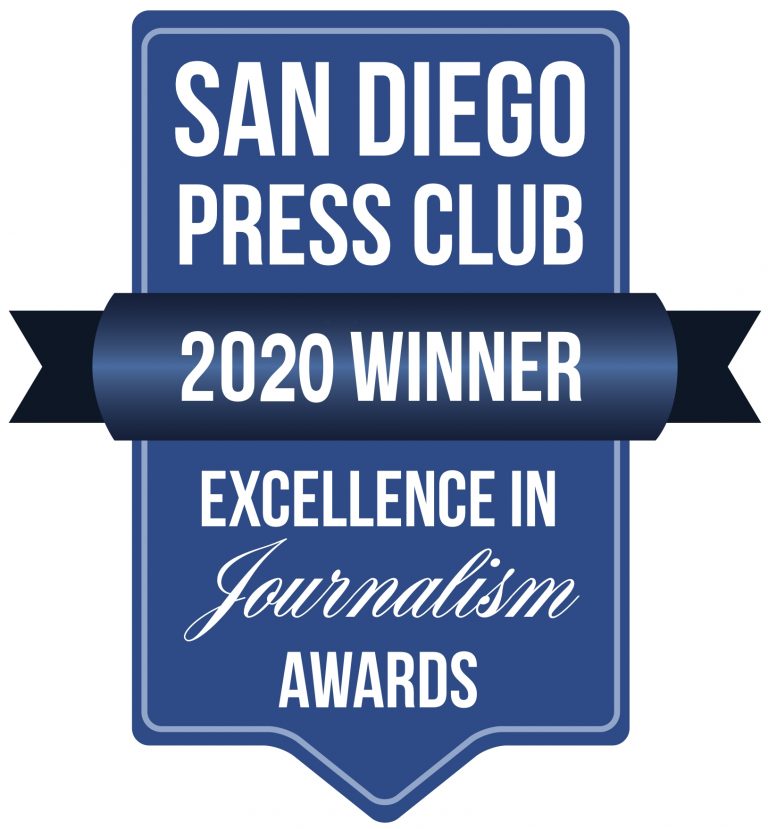 The Daily Aztec added one more recognition to its growing list of awards this week: second place for “Best College Newspaper” in the 47th Annual Excellence Journalism awards.

The news comes only months after winning Best College Newspaper in the San Diego Society of Professional Journalists’ annual journalism contest in August.

Current Daily Aztec staffers also made it on the list of awards, contributing to San Diego State’s positive reputation of excellence in collegiate journalism.

In the newspaper cover design category, Graphics Editor Emily Burgess took home first place for her cover for the Black History Month Issue.  Through a contrast of black and white, and colored graphics of nine renowned African-American figures including Malcolm X and Maya Angelou, Burgess designed the cover to pay homage to those who played an important role in shaping Black history.

For the features awards, The Daily Aztec’s Editor-In-Chief Brenden Tuccinardi was awarded second place for his story, “Vinyl creates experiences that never die.” In his nostalgic feature, Tuccinardi takes his readers on a visit to Nickelodeon Records in Normal Heights where he learns about the history and art of music records.

Opinion Writer Dylan Meisner’s work was also recognized this month. His piece, “Sprawl and lack of units are fueling the housing crisis,” won second place in the opinion/commentary category. Meisner, notorious for his opinion pieces about politics, joined The Daily Aztec at the beginning of the year and has since authored articles about economics, politicians and more.

Finally, the last category in which The Daily Aztec was acknowledged for was sports. Assistant Sports Editor Luis Lopez and Senior Staff Writer Amber Salas were awarded first place for their video package, “NCAA tournament teams will play without their sixth man.” The timely story was released at the beginning of the coronavirus pandemic, shortly after the National Collegiate Athletic Association had announced its long-anticipated tournament would take place without fans.

Salas also took home third place for college print or online sports story with her piece, “Unable to make assists on the field, Aztecs Rieder starts nonprofit assisting seniors,”  Salas’ dedication to sports journalism was exhibited through this piece as she made it a goal to communicate the accomplishments of SDSU athletes on and off the field during a global pandemic. Salas was also awarded one of the San Diego Press Club’s annual scholarships.

A huge congrats to The Daily Aztec staff and those whose work was recognized. Onward and upward!