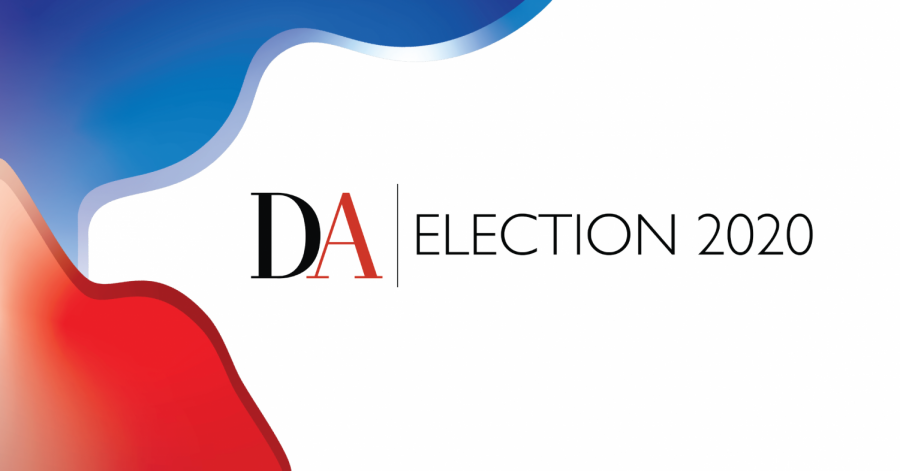 On Oct. 28, The Daily Aztec hosted a virtual debate between Turning Point USA at San Diego State and the College Democrats. The debate was hosted on Zoom and was broadcast via Facebook Live.

Representatives from both student organizations discussed the topics of criminal justice, immigration, the environment, abortion and the response to coronavirus.

After introductions were made, the debate began by asking both sides if they thought city governments should reevaluate how they fund law enforcement agencies.

“We need more funding for enhanced police training so they can have a better understanding of some mental health situations,” Mapp said. “If we don’t even understand how they (the police) do their job, how are we supposed to understand the budget?”

Citing the Defund the Police movement, Ben Nesbit, speaking for the College Democrats, motioned for a reallocation of funds and brought up more liberal solutions to the problem.

“If you look at a prisoner in the United States, 70% of them in the next five years will be reincarcerated,” Nesbit said. “We can reallocate these funds to have closer to a system like Norway’s, where they have a 20% recidivism rate over the next five years.”

The first instance of vastly differing opinions occurred between Dylan Meisner of the College Democrats and Cam Soutter of TPUSA at SDSU regarding the issue of President Donald Trump’s handling of asylum seekers.

Meisner called President Trump’s response “disgraceful and inhuman” while noting that immigration improves both local and national culture within the United States.

“More immigration and a looser labor market are extremely good for our economy,” Meisner said. “It might be bad for one or two sectors, but in terms of national GDP and the economy at large, it is a massive boon.”

Soutter acknowledged that some of the practices had ethical issues but declared that President Trump’s practices were not unique to his presidency.

Soutter said that the United States isn’t alone when tackling immigration problems at the border.

“There is nothing unique about the United States and how we handle this,” Soutter said. “Every nation that borders a country with incredibly high amounts of migrants per quarter has to have some sort of forceful mandate.”

The discussion shifted to where the parties stood on the Deferred Action for Childhood Arrivals Act (DACA).

DACA, announced in 2012 by former President Barack Obama, extends protections against deportations while providing work permits to those eligible for the policy. The policy has survived several attempts by the Trump administration to end it.

While Meisner pushed for an expansion of DACA and Soutter believed its economic benefits weren’t enough to pass similar legislation, both agreed that the DACA system would ultimately prove unharmful to the nation.

Both parties were asked if the government needs to do more to combat climate change and what policies need to be prioritized.

At the beginning of his five minutes, Soutter was blunt in saying that the United States had done enough in regards to eliminating global emissions.

“The U.S. government doesn’t need to do more,” Soutter said. “I think the United States has essentially led the Western and Eastern world in regards to environmental policies that actually cut emissions.”

Soutter called the reliance on solar and wind energy “naive” and believed the United States should pressure other nations to convert to U.S.-inspired policies.

Nesbit took the opposite stance, suggesting that the U.S needed to do more by investing in solar and wind energy.

“Solar and wind stocks are growing every year, outperforming the fossil fuel and coal industries,” Nesbit said. “They are the fasting growing sectors in America, so I don’t know why we wouldn’t invest in them.”

Nesbit concluded his argument by stating that investments in solar and wind energy had the potential to mobilize the American economy in a way similar to the construction of the railroad or development of the postal system.

The next topic approached the opinion of abortion and if women have a constitutional right to abortion and reproductive choice.

Mapp and Soutter argued against abortion, saying the unborn fetus had constitutional rights to survival while abortion was not a basic human right.

“This is a completely different human being inside of the mother,” Mapp said. “To deny that person’s humanity and whether they live or die… I think that’s a violation of that person’s constitutional right to live.”

Arguing for the College Democrats, Alison Aiken cited the due process clause of the 14th Amendment as a proponent in favor of a woman’s right to abortion.

The final question of the debate broached the subject of President Trump’s handling of the pandemic.

Meisner was highly critical of the president’s handling of the pandemic, citing the high death rate in the United States and comparing it to countries with liberal democracies that had lower death numbers.

“The point of me bringing up liberal democracies specifically is because they are liberal democracies just like the United States,” Meisner said. “They were able to maintain all of their civil liberties, suspending some freedom of movement in order to prevent the seeding of the virus, and they are alive.”

Soutter noted that President Trump had left the decision to lock down to the states and saw the positives in President Trump telling the public to not let the virus control their lives.

“I think that this sort of random sampling of where these cases have come is very very difficult to attribute to a lack of measures taken by the President,” Soutter said. “I think that since he got the virus after so many months of the lockdown, I think it’s also a good thing he told people to not let it control your life.”