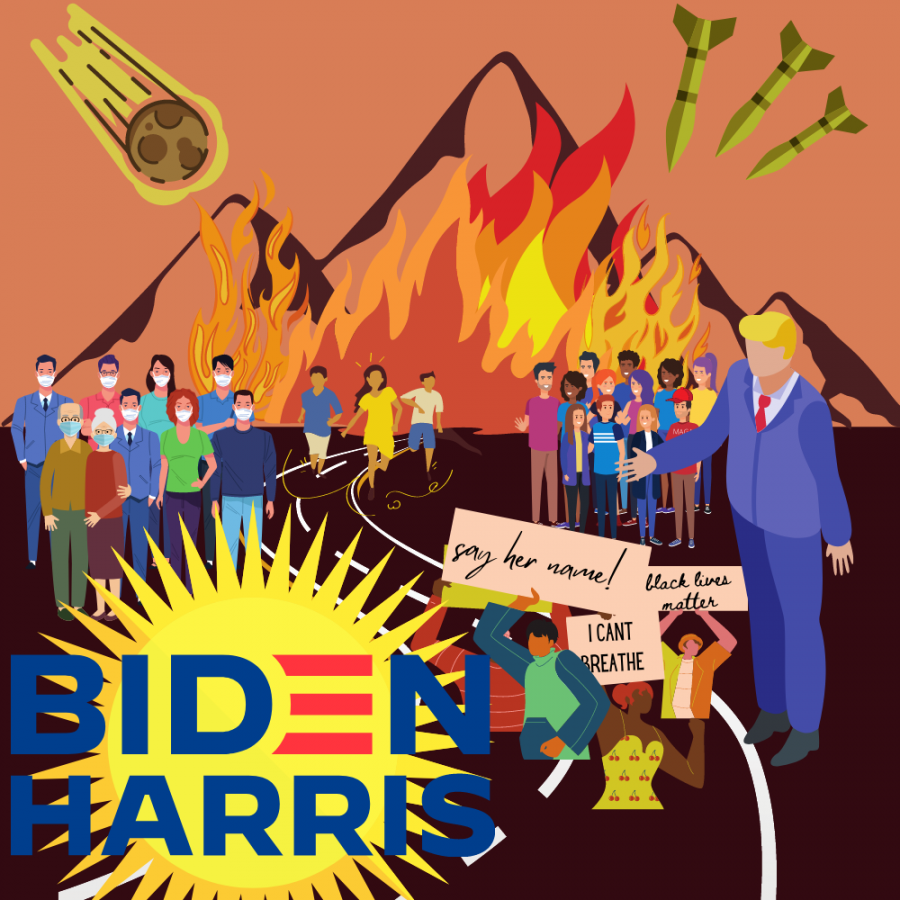 The year 2020 has been but a long series of peculiarities that would leave anyone’s mouth open in disbelief. Political chaos in the United States has been fueled by a plethora of events ranging from President Trump being acquitted from impeachment, his administration’s failure to mitigate the COVID-19 pandemic, and the 2020 Presidential Election. With the discomfort caused by this year’s events and a large fraction of the U.S. in disapproval of the current administration’s actions, this year’s election was rightfully utilized to achieve the change and progress many yearn to see in their country.

While Joe Biden & Kamala Harris’ victory may be the antithesis of the previous administration, many have accepted the Biden/Harris administration only as an escape from President Trump. The phrase “Settle for Biden” echoed through a sea of internet posts & pages leading up to the Presidential Election, carrying young voters’ wish to see their country lean increasingly left.

It comes as no surprise that the younger demographic aligns itself with the Democratic Party, whose platform stands on reversing climate change, reforming criminal justice and providing affordable and accessible healthcare.

Voters made their choice, but not without a caveat.

Both Biden and Harris have a long history of contradicting actions and votes. However, voters looked past these mistakes with the understanding that a Biden/Harris administration would get the country back on track.

The election of Joe  Biden and Kamala Harris should not be viewed as the end of a push for a better America, but the beginning of more robust and sustained demands for equity and justice in the United States of America.

Over the next two months, Americans will begin to see a vision of a Biden presidency take shape as the President-elect forms his cabinet and chooses the officials who will lead our government.

It is too soon for young Americans to throw in the  ‘political’ towel at the end of the day. If the nation expects to see real change from the upcoming administration, people ought to speak up. Our political representatives should be made well aware of what Americans truly want and that their power isn’t above the people.