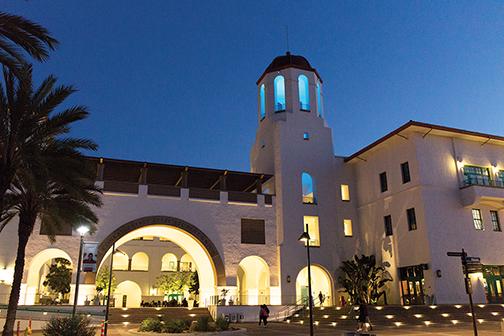 On Dec. 1, with over 700 people in attendance at the peak, the San Diego State University Senate voted 44 to 28 in favor of a change to the academic calendar that breaks up Spring Break, essentially canceling the traditional nine-day holiday.

Vice President of Student Affairs & Campus Diversity, J. Luke Wood, said the university would work closely with faculty and staff to ensure these recovery days will not have any required classes or work. This was to address some students’ concern that these days off would be similar to this semester’s Veteran’s Day break when some professors still assigned work to their classes. Provost Salvador Hector Ochoa echoed this statement.

“What we did was we tried to distribute these days throughout the semester so students would still have the breaks that they need,” Wood said. “The Provost has committed to working with and communicating to the faculty the importance of really seeing these as rest and recovery days for everyone.”

The proposal was met by pushback from hundreds of students who attended the meeting.

“Justifying an alternative spring break proposal that has two three-day weekends in the name of public health is buying into the agenda of scapegoating universities and university students for the county’s, state’s, and country’s lack of control over a global pandemic,” Associated Students President Christian Holt said.

The contentious meeting was interrupted on several occasions as dozens of students unmuted their microphones while senators spoke in support of the changes presented.

Many students were confused about when the vote would take place, whether the Senate would allow speakers in opposition, and some were even confused about who was allowed to vote. The chat lit up with opposition throughout the entire meeting. At the same time, some unmuted students yelled phrases such as “listen to the students” and “we pay tuition, and you’re not even letting us have a say,” among more vulgar insults of senate members.

Supporters of the resolution argued that breaking up Spring Break was essential to reduce the spread of COVID-19 during the holiday in which many students are expected to travel.

“We have been doing some COVID modeling,” Infectious Disease Epidemiologist Eyal Oren said. “If we break up Spring Break as proposed, we would expect somewhere between a 15-30% reduction in SDSU student infections.”

Oren is also the interim director of SDSU’s School of Public Health.

“To say that this day would offer a degree of recovery is unethical,” Sanchez said. “Recovery requires time and healing from the high stress and pressures of a semester filled with adversity…a week off for spring break could be considered a recovery window.”

A.S. Chief of Staff Max Johnson suggested the university is not listening to its students.

“Our administration at SDSU has disrespected the democratic processes that have allowed us and brought us here in order to secure our Spring Break and the preservation of it,” Johnson said.

As the meeting progressed to a vote on the resolution, dozens of more students in attendance unmuted themselves and began shouting their dissent. At one point, Senate Chair Wil Weston was forced to end the meeting prematurely because order could not be restored. Senators were sent a new meeting link, and a vote was held behind closed doors.

The resolution to break up Spring Break passed with 44 yes votes, 28 no votes, and 7 abstentions.

Speaking to the chaotic ending of the final SDSU University Senate meeting of this calendar year, Senator Steven Schellenberg voiced his understanding of students’ frustration.

“I would like to suggest that we, as a senate, have collectively failed our students today by not making the nature and operation of our representative body as evident as possible to all visitors,” Shellenberg said. “We should not be surprised when tempers escalate from those who do not feel heard, especially given the power differentials involved. Moving forward, I think it would be helpful to have a guide for guests.”A Chang.org petition has already been created by students who attended the meeting. It demands Spring Break be restored for the 2021 spring semester.