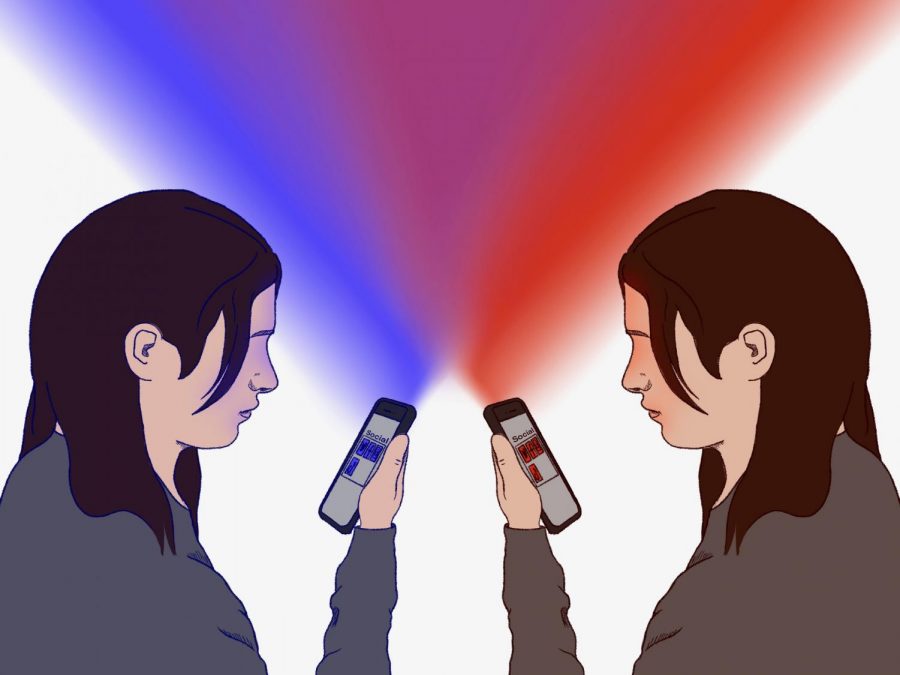 Anyone who hasn’t lived under a rock for the last couple of years will agree with me when I say society has progressed exponentially in the way medications are developed in record-times. Technology has become unbelievably futuristic, but this advancement has not taken place in the absence of an Achilles heel. As society moves forward, we as people seem to grow further apart.

In his 2017 article “How Social Media Divides Us,” author Rajiv Vinnakota illustrates the nuances which make social media a virtual battleground. “Bridging social capital, that key element that traverses socioeconomic, geographic and racial lines, simply cannot be gained through a social media whose algorithms are set up to connect with similar colleagues and steer people away from uncomfortable or inconvenient truths,” Vinnakota says.

Algorithms strategically engineered to increase engagement based on human behavior have arguably discovered more about humans than we have. Given that some of the most popular topics on social media tend to incite polarization among readers, it comes as no surprise that we all have that one uncle who won’t stop arguing on Facebook and have realized that social media has come to have just as many drawbacks as benefits.

More than merely encouraging division on a small-scale, social media has gotten its grip on issues of extreme significance, such as political and scientific news, to name a few. The 2016 presidential election marked a notable shift in how people perceived online media and the place of social media itself in modern-day society.

That election also catapulted the topic of social media directly to the center of many conversations, exposing just how polarized we are as a people. While having allegations of foreign hacking, fake news and the evident diffusion of corporate agendas, social media was labeled as an unregulated stream of ideas for some, and others have adopted it as an actual source of valid information.

The issue of online polarization has evolved throughout the Trump presidency. Now more than ever, topics of a political nature act as social triggers every single time significant publications or public figures raise them. The real problem is that these conflicts don’t stop at your screens. Social media has heavily influenced how people think, extending conflicts from just screens to the streets, intimate get-togethers and even government chambers.

Knowing our society isn’t the utopia we’ve all dreamt of, the variety of ideas online isn’t quite the problem. The problem is how we deal with the tension due to the contrast in ideas. Every person has their own unique set of beliefs and inherently, platforms designed to host social exchanges are bound to turn even the most minute differences into violent confrontations.

After closing out of Instagram and driving somewhere to buy perhaps a cup of coffee or groceries, a lot of us have felt it. Whether it’s seeing a certain piece of clothing, a problematic symbol, or any other element of controversy, it’s safe to say that most of us have at some point have felt a tension that doesn’t even have to be explicit to take place. Beyond perceiving a contrast in ideologies, the dread of confrontation and conflict simply based on our differences has infiltrated its way into people’s headspaces.

Even though it may not seem like it at times, not all of us have become insensitive or intolerant towards one another. Simply put, making that hand gesture to let another driver know they can move first or a stranger paying for your coffee the other morning are great signs that make it clear, we can still find our way back to unity.