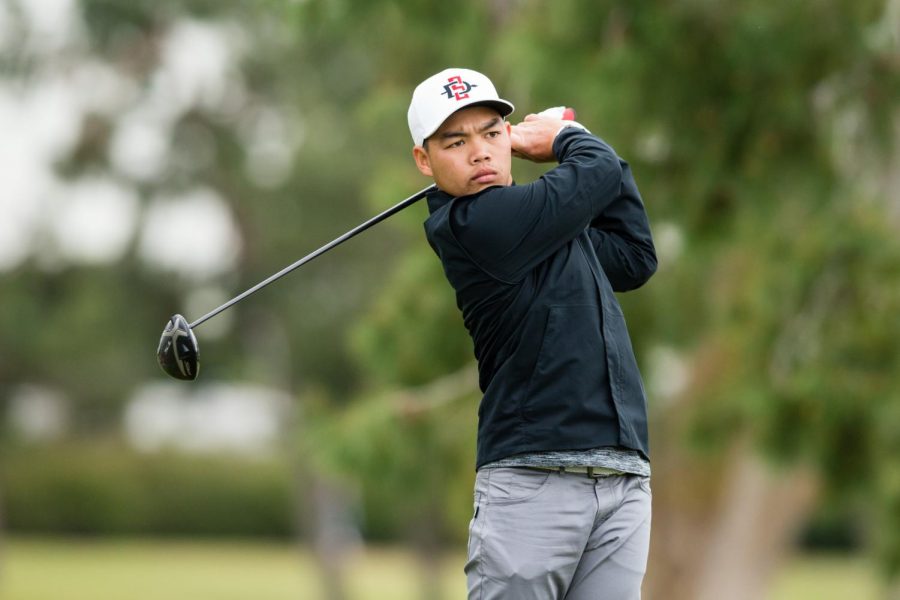 Even though San Diego State men’s golf is not playing right now due to the coronavirus pandemic, they’re still finding ways to compete.

The tournament, which was originally scheduled in July, began on Monday and concluded Dec. 23.

In Anupansuebsai’s three matches, he went 3-0 en route to the International squad winning 40.5-19.5 against the United States.

As a result of going undefeated in his three matches, the Aztec golfer was named the co-recipient of the Michael Carter Award, given to the player that best represents the qualities of sportsmanship, integrity and upholding of the game.

Anupansuebsai, who is the first SDSU golfer to be on the winning team of the Arnold Palmer Cup, won his final contest Wednesday in a singles match against Oklahoma senior Garett Reband on hole 16.

The 2020 Mountain West Conference Golfer of the Year controlled most of the match, leading by four holes through the front nine and eventually winning seven holes later.

Anupansuebsai only had one bogey the entire match compared to Reband’s six.

On Dec. 22, Anupansuebsai played in the morning foursomes with New Mexico junior Sam Choi, as they defeated Oklahoma senior Quade Cummins and Baylor senior Cooper Dossey by one hole.

The match began on the tenth hole and the MWC duo were five-up at the end of the back nine before shortening the lead down to one on the par-4 fifth before matching the Big-12 duo and parring the final five holes.

Choi and Anupansuebsai had four birdies on the back nine before two bogeys and a double bogey on the front nine.

In Monday’s mixed four-ball action to begin the tournament, Anupansuebsai teamed up with Texas’ Sophie Guo and trailed by at least one through the first 10 holes.

The momentum shifted after the duo got a birdie on the par-4 11th hole to tie the match and get it back to all square. Two holes later on the par-4 13th, Anupansuebsai and Guo made birdie  compared to their opponents’ bogey to take a one-hole lead.

After that, the sophomore Longhorn and senior Aztec controlled the rest of the match, extending their lead to two on the par-5 16th before winning the match on the following hole.

Anupansuebsai is the third Aztec golfer to compete in the Arnold Palmer Cup and first since 2016.

Once Anupansuebsai returns to SDSU, he and the Aztecs will gear up to begin their spring season next month.