Aztecs-Rebels postponed due to COVID-19 issues 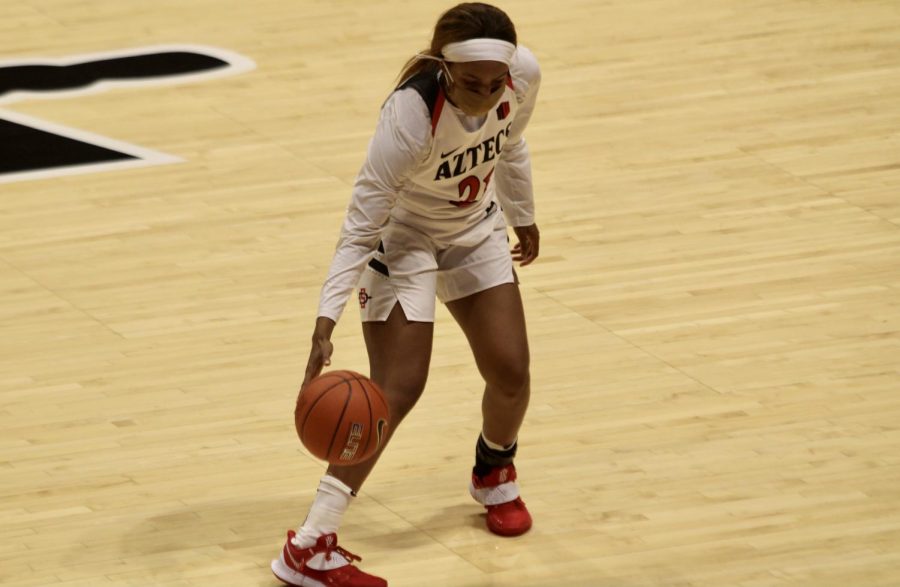 San Diego State women’s basketball junior guard Alex Crain warms up with a mask after halftime of the Aztecs’ 75-71 loss to Cal Baptist on Dec. 2 at Viejas Arena.

San Diego State women’s basketball’s next two games against UNLV have been postponed due to coronavirus contact tracing issues within the program.

The games were originally scheduled for Dec. 31 and Jan. 2 and both were to be played at Viejas Arena.

According to a news release, both games will be rescheduled and announced at a later date once both programs and the Mountain West Conference can confirm.

After a win at cross-town rival University of San Diego, the Aztecs have lost four consecutive games, including their first two MWC games at Colorado State.

In addition, junior guard Sophia Ramos, who was the first MWC Player of the Week of the season, injured her hand in the first quarter of the double-overtime loss to the Rams in the second game.

This is the first postponement SDSU has had to make due to COVID-19 contact tracing.

The Aztecs’ next scheduled game is Jan. 7 at Nevada for a 6 p.m. tipoff.