Aztecs versus Aggies postponed due to positive COVID-19 test 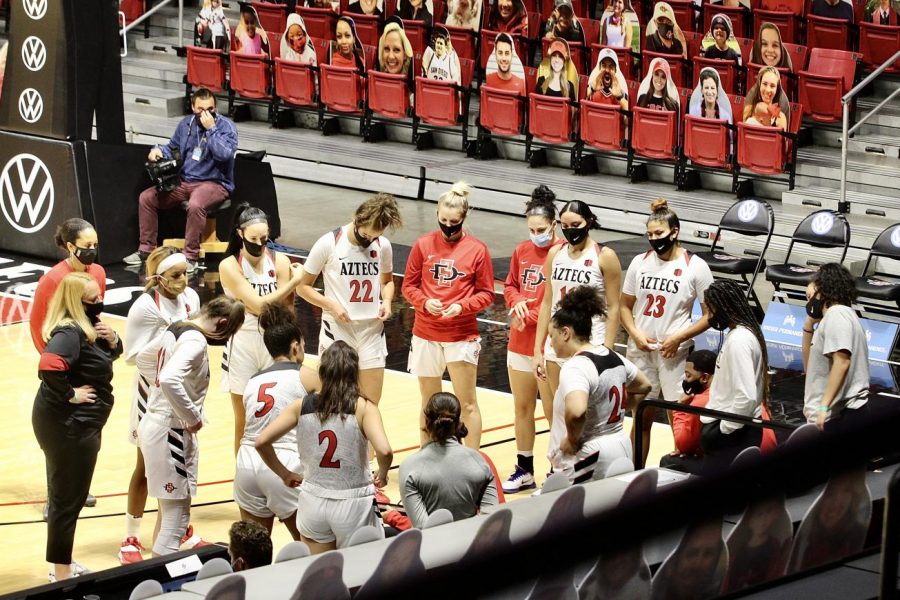 The second game between the San Diego State women’s basketball team and Utah State was postponed on Saturday due to a positive coronavirus test within the Aggies program.

The game was originally set for a 12 p.m. tipoff but was pushed back to 1 p.m. before the postponement was announced in a news release.

A rescheduled game time has not been announced yet.

The Aztecs (4-7, 2-3 Mountain West Conference) were looking to sweep the Aggies (4-5, 2-2 MWC) on Saturday, as SDSU was coming off an eight-point comeback victory highlighted by a career-high 24 points from junior guard Mercedes Staples.

In addition, freshmen forwards Flo Vinerte and Kim Villalobos had 10 points apiece in the win.

Now, the Scarlet and Black will have to reschedule a total of three games – two games against UNLV and this one against Utah State. All three games were originally scheduled to take place at Viejas Arena.

Utah State is not the only team in the MWC to have COVID-19 issues. On Thursday, the San Jose State women’s basketball program cancelled the rest of its season after only playing four games.

SDSU was supposed to play the Spartans Feb. 8 and 10. Now, it possibly opens the schedule  for the Aztecs reschedule one, two or all three games.