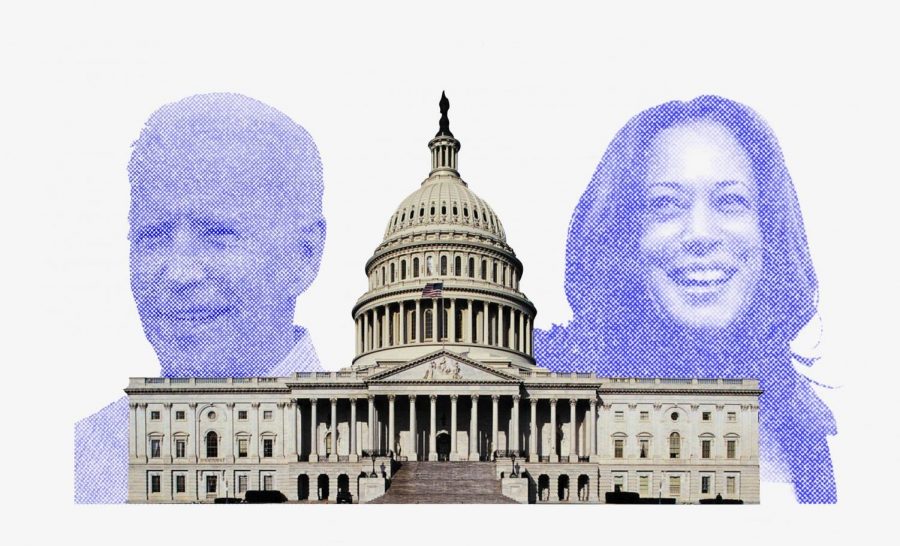 President Biden's inaugural address carried a theme of unity as he pledged to be a president for all Americans.

Joseph Robinette Biden Jr. was sworn in as the 46th President of the United States of America on Jan. 20 in a ceremony that was anything but ordinary and marked several firsts for the nation.

Biden and Harris campaigned on a message of unity and a mission to “restore the soul of America.” The president echoed that sentiment in his inaugural address on the Capitol steps, which only two weeks prior had been overrun by a violent mob of now-former President Trump’s supporters.

“We’ve learned again that democracy is precious. Democracy is fragile. At this hour, my friends, democracy has prevailed,” President Biden said. “So now on this hallowed ground, where just a few days ago violence sought to shake the Capitol’s very foundations, we come together as one nation under God – indivisible – to carry out the peaceful transfer of power as we have for more than two centuries.”

The violent events of Jan. 6 prompted increased security in the nation’s capital. 25,000 National Guard members were deployed to Washington D.C. to beef up security ahead of Biden’s swearing-in. The National Mall was closed and many of downtown’s streets were cordoned off.

“It’s really crazy to think about how a lot of D.C. residents have been inconvenienced,” criminal justice third-year Kayla Bradshaw told The Daily Aztec.

Bradshaw was born and raised in the district and now lives 20 minutes from downtown, and spoke about Jan. 6.

“It was the biggest display of white supremacy I’d seen,” Bradshaw said.

“I was there (over the summer) when we were teargassed and when the flashbangs were deployed,” Bradshaw said. “The events of Jan. 6 day showed me that police could show restraint.”

President Biden alluded to this in his inaugural address, outlining the challenges the nation faces, among them “a once in a century virus,” economic depression, climate change, a “cry for racial justice,” and the rise of political extremism, white supremacy, and domestic terrorism.

“To overcome these challenges, to restore the soul and secure the future of America requires so much more than words,” President Biden said. “It requires the most elusive of all things in a democracy: unity.”

As President Biden and Vice President Harris were sworn-in, San Diego State students logged in to their first day of classes, almost entirely online for a second semester.

“I’m excited to welcome back our SDSU community to the spring 2021 semester,” SDSU President Adela de la Torre tweeted. “We begin the semester during important milestones for our country: the inauguration of Joesph R. Biden, Jr. as president and the continued rollout of COVID-19 vaccines. Today marks many new beginnings.”

President Biden is expected to sign a number of executive orders reversing many of the Trump administration’s most controversial policies and providing some economic relief to Americans. Biden is expected to reverse Trump’s travel ban, extend eviction and foreclosure moratoriums, pause student loan payments until Sept. 30, rejoin the Paris Climate agreement and World Health Organization (WHO), as well as establish a national mask mandate in all federal spaces.