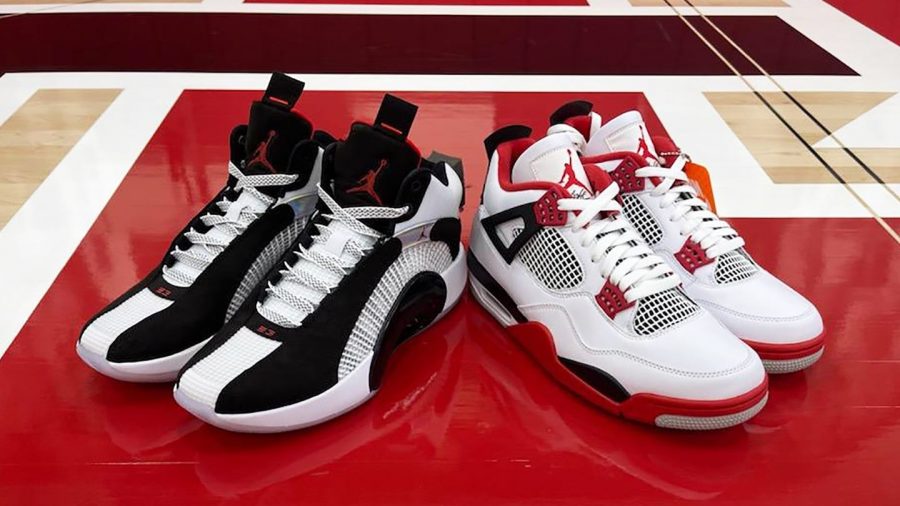 The San Diego State women’s basketball team will don a new look in 2021-22, joining just nine other women’s programs throughout the United States.

The women’s team will become the second athletic program on campus to partner with Jordan Brand, per a press release.

Head Coach Stacie Terry-Hutson said she is proud to be part of the highly-recognized brand.

“We are really excited about this,” Terry-Hutson said. “What a huge honor it is for San Diego State women’s basketball to be placed with some of the heavyweights in the game. Jordan is a big piece of basketball and a very sought-after brand and we are just honored to be part of it.”

“I think it is just a blessing and we love Nike but we are ready to rock Jordan next year,” Edwards said. “And now our (men’s team) and we are all in the same gear.”

Jordan is owned by Nike Inc. but is distinguished by its connection to basketball icon Michael Jordan and the “Jumpman” logo. Jordan is also a brand which specifically targets athletes who play basketball while Nike has a prominent but broader range of athletic wear.

Terry-Hudson said being sponsored by Jordan will bring the women’s basketball team an element of notoriety.

“It puts us in elite company to be a part of the Jordan Brand and it is going to help us obviously bring notoriety to our program and obviously as far as in fashion goes we are on trend with being able to wear Jordan,” Terry-Hutson said.

Freshman center Kamaria Gipson said the sponsorship was a surprise for the team.

“You don’t see a lot of women’s teams being sponsored by Jordan so it is really like a blessing from them,” Gipson said. “We had all just come back from weights and we walked in and shoes were sitting on our new locker that is on the court, and just walking in and seeing everybody excited was crazy because this is some people’s first pair of Jordans.”

Edwards said it is important for women’s teams across the country to have an equal opportunity to be sponsored.

According to a study by womeninsport.org, 0.4% of all sports sponsorships went to women’s teams between the years 2011-2013.