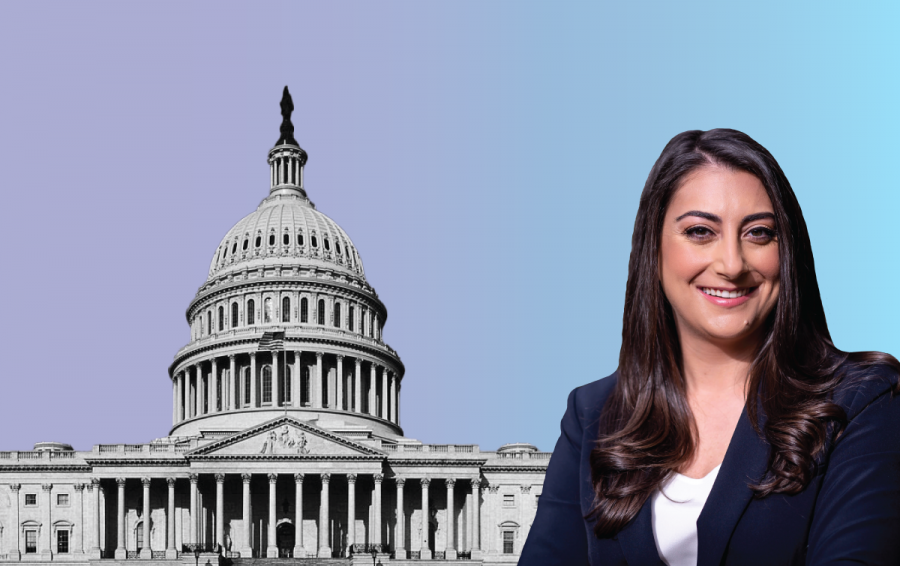 Rep. Sara Jacobs’ time in Congress has already been very eventful. The freshman Democratic congresswoman from California’s 53rd Congressional District survived a deadly insurrection four days after being sworn in, voted to impeach the president for a second time and witnessed the swearing-in of a new president just a week later.

A few days after a mob of former president Trump’s supporters stormed the Capitol, the Daily Aztec’s editor in chief Brenden Tuccinardi spoke on the phone with Jacobs and asked about her experience, as well as some of her legislative priorities.

Rep. Jacobs’ answers have been edited for length and clarity.

Brenden Tuccinardi: Obviously, the biggest news of the past week was the insurrection at the Capitol. And I think the events of January 6th will go down in history, but for you and your staff and the countless other people working on the Hill that day, the events are much more real. What was going on through your head as the mob breached the Capitol?

Rep. Sara Jacobs: I was in the House gallery. I had been chosen as one of the members who was asked to be there, which was a big honor. As the proceedings started, all of a sudden we heard Capitol Police running behind us. We saw the speaker get taken away. We actually were still continuing debate, but they told us to be ready to put the evacuation hoods from underneath the seats on because there was tear gas in the rotunda and they weren’t sure if they would have to use tear gas closer. Then all of a sudden they told us to put them on, to hide under our seats.

Eventually, we evacuated climbing over handrails and chairs. We could hear the mob banging on the glass doors right behind us. We could hear gunshots. And I’ll be honest, one of my first thoughts was, ‘Well, I don’t even know how to get out of here in the best of times, how am I going to escape if I need to.’ It was my fourth day.

At one point they told us to take our congressional pins off so that we wouldn’t be identified because they knew that we would be the targets. I definitely thought that there was a chance that we were not going to make it out.

I’ve worked in some pretty dangerous situations before, but this is the closest I’ve ever gotten to really thinking I might lose my life. And I was trying to figure out what I needed to tell my team so that if the worst did happen at least it could potentially lead to some positive change for the country and a real reckoning. You know, that’s really what I was thinking about as I was hiding and running, like all the work that we’re going to need to do to get out of this mess.

BT: You mentioned that it was only your fourth day, and then not a week later, you were voting to impeach the president for a second time. So kind of transitioning into that. Could you explain why it was so important that Donald Trump be impeached with only a couple of days left in his term?

SJ: Absolutely. My background is in working in conflict resolution and post-coup transitions and I know from my experience in working on these issues in many countries that if you don’t have accountability at the highest level the first time an incident like this happens, you’re much more likely to get more violence down the road and to get more such instances. And so, you know, I think there’s an imperative to try and get Donald Trump out of office as soon as possible because he still has access to nuclear codes. He still can cause a lot of national security harm. Even though we’re only five days until we get a new president, but even absent being able to do that, we had to hold him accountable because that accountability is what will prevent future violence.

BT: I watched your speech on the House floor, and you mentioned the same thing, how your experience working in the United Nations and in conflict settings. You said the Capitol had become a conflict setting. So how does Congress navigate that going forward?

SJ: It’s been really difficult. There’s a lot of distress among my colleagues right now. I think there is a lot of concern that there may have been some members of Congress who were actually helping the insurrectionists. There is definitely a concern that they were sympathizing if not actively helping. And then, of course, the fact that even after I found many of my colleagues in the hallway with me running terrified for their lives, they still went back into the House chamber and voted to overturn an election that even Donald Trump’s own Department of Homeland Security said was the most secure election we’ve ever had. I think it makes it very difficult to work together.

You have likely seen that there are a number of steps the House Rules Committee has taken, including putting metal detectors at the entrances of the House chamber so that no one can enter the House chamber with a firearm. I think that there will have to be a real investigation into how this happened – how the mob was able to get inside the building – and if there were people in Congress, or among staff, or among Capitol Police or elsewhere who were actively helping the mob try and carry out their mission of overturning an election because Donald Trump didn’t like the outcome.

BT: At the same time, the government has to keep governing as well. President-elect Biden released his American Rescue Plan, and you tweeted calling it “the bold plan we need to crush this virus and rebuild the economy.” What are some of the highlights of the proposed bill in your opinion?

SJ: I’m really excited by the real focus and aggressive approach the administration is taking to vaccine development and distribution and making sure there’s federal funding for that. One of the things I’m most excited about is that it includes an expansion of the child tax credit that it has direct payments to American families. I think those two things will be incredibly important as we look forward to how we rebuild our country in a more equitable way.

BT: You were also appointed to the House Democratic Steering and Policy Committee. So how will that appointment help you follow through on some of the issues you campaigned on?

SJ: I’m very honored that my freshmen classmates nominated me unanimously and the speaker appointed me to be a representative on the House Democratic Steering and Policy Committee. It is where committee assignments are made. It’s where the broad overview and prioritization of our policy goals is conducted. It is helpful because I tend to know what conversations other people have had and what leadership is thinking as we go into any of these big fights that we have coming up. It also gives me access to many of the people who’ve been working on these issues for a long time, so I can make sure the needs of the 53rd district are incorporated into what they’re working on.

BT: One of the issues you ran on was making higher education and just education in general, more affordable. Obviously being the student newspaper of SDSU, that’s a big issue for us. So I know President-elect Biden has said he was in favor of student loan forgiveness, and now not so much. So what do you think that’ll look like moving forward throughout the Biden presidency?

SJ: I know that the incoming Biden administration is looking into what might be possible in terms of blanket forgiveness. I think at the end of the day there will be congressional legislation.

My personal opinion is that we need to make sure we do student loan forgiveness in as equitable a way as possible, which means we need to make sure we have specifically targeted programs for those people who took out student loans but never finished their degree because they never got the benefits of the degree, and therefore tend to be very burdened by this. This debt tends to be to for-profit colleges that passed them predatory practices, to begin with. We’ll need to look into that and also need to make sure that we’re really doing student loan forgiveness in a way that is not just giving a gift to big law firms and big banks that price in the cost of getting the degree to be able to work there in, into how they do their salary.

So I think that there will be a lot of discussions. I think it’s incredibly important. You know, I’m a millennial. If our economy is ever really going to succeed in the future, millennials need to be able to buy homes and start businesses. And we know that that is severely hampered by student loan debt. So I think, you know, it’s an issue of equity. It’s an issue of economic growth. And I know that many of us in Congress are pushing for there to be student loan forgiveness and pushing the Biden administration to make sure we get a plan in place.