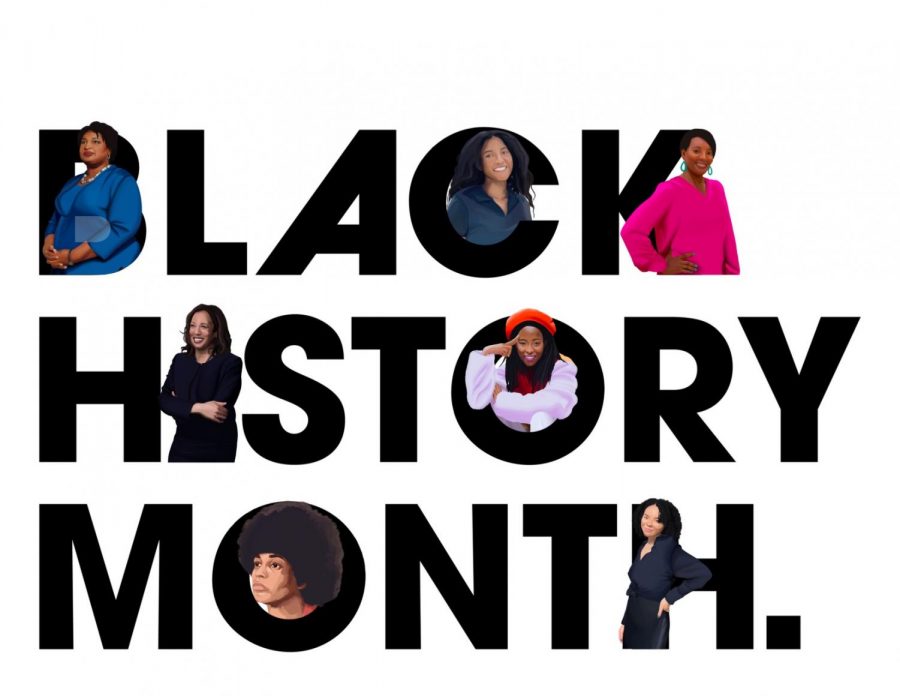 Dr. Bonnie Reddick, director of San Diego State’s Black Resource Center said although February is dedicated to Black history it should be celebrated all year round.

“Carter G. Woodson (founder of Black History Month) recognized the omission of Black people and in the teachings of history in national curriculum and so he proposed this celebration but he never designed it to be limited to a week or a month,” Reddick said. “In fact he suggests it should be intricately integrated in the national curriculum and discourse and so when we celebrate in February we encourage everyone to celebrate the achievements and contributions of Black people everyday.”

“The theme is not developed to limit anyone’s ability to celebrate Black History Month in the way that they chose, but they offer a theme for those who are not sure how to celebrate,” Reddick said.

Ahliyah Chambers, assistant director of the BRC said she invites and encourages students to come out to the BRC’s events and actively participate.

“We want to invite everyone out to our events to celebrate this theme with us but to know that it doesn’t just stop in February,” Chambers said. “Last year we were grateful enough to have a leap year so you know last year we were Black 366 this year we are Black 365.”

Reddick said the objective of the Black History program at SDSU is to educate the community.

“The Black History program at San Diego State is designed one; to celebrate us but more importantly to educate,” Reddick said. “Not just white folks but Black people that have been indoctrinated with this master narrative that suggests that everything that is happening in this country is because of white people and totally omits the contributions, achievement, resilience, and strength of the Black community.”

This year the Black Lives Matter movement was resuscitated after the death of George Floyd. Both Reddick and Chambers said the events that followed President Obama leaving office were not shocking.

“This is a special time, especially with the heightened political climate that we’ve experienced that even what Dr. Reddick says when we look at history we shouldn’t be surprised but I think because we are living through it, especially the younger generation, a lot of folks are surprised,” Chambers said. “Especially after President Obama left office a lot of folks thought we were in this post-racial society and so it wasn’t until last year with the murder of George Floyd that you know America kind of awoke that it’s clear that we are not.”

Reddick said the reason so many white people finally saw what has been an ongoing struggle in the Black community was because of the pandemic.

“And Black people were like what are you talking about this happens to us everyday,” Reddick said. “Maybe your knee is not on my neck for 8 minutes 46 seconds but your knee either literally or figuratively has been on our neck for over 400 years so why are you just waking up?”

Chambers said people have to be intentional and go the extra mile to educate themselves about history through multiple sources.

Reddick brought up several examples of how Black history is often overlooked or omitted in everyday curriculum.

“It’s not just their contributions, it’s their sacrifices,” Reddick said. “How do you sit in a biology class and learn about the HeLa cell and not know that cell came from a Black woman? How are you in a graduate program having to get IRB and not know anything about the Tuskegee Syphilis experiment?”

Reddick said she encourages her students to read in depth the speeches and writings of Langston Hughes, Malcolm X, and Martin Luther King Jr.

Reddick said at the BRC students are taught The Seven Principles of Kwanzaa where they learn a Swahili word, kujichagulia, which means self determination.

“We get to define who we are for ourselves,” Reddick said. “And however that is, we are defining it because for the history of our life in these United States our identity has been defined for us.

Chambers said understanding the historical context of the Black family and their journey is important to the significance of this year’s theme.

In the weeks after George Floyd’s death SDSU released a 10 point plan to help support the Black community at SDSU. Reddick said now that the school has to execute that plan people are less “gung-ho” about it.

“Folks are going to have to stop being transactional and performative,” Reddick said.

The BRC has upcoming events throughout the rest of February. Details are available on their website.