Opinion: Is a post-Trump era of bipartisanship upon us? 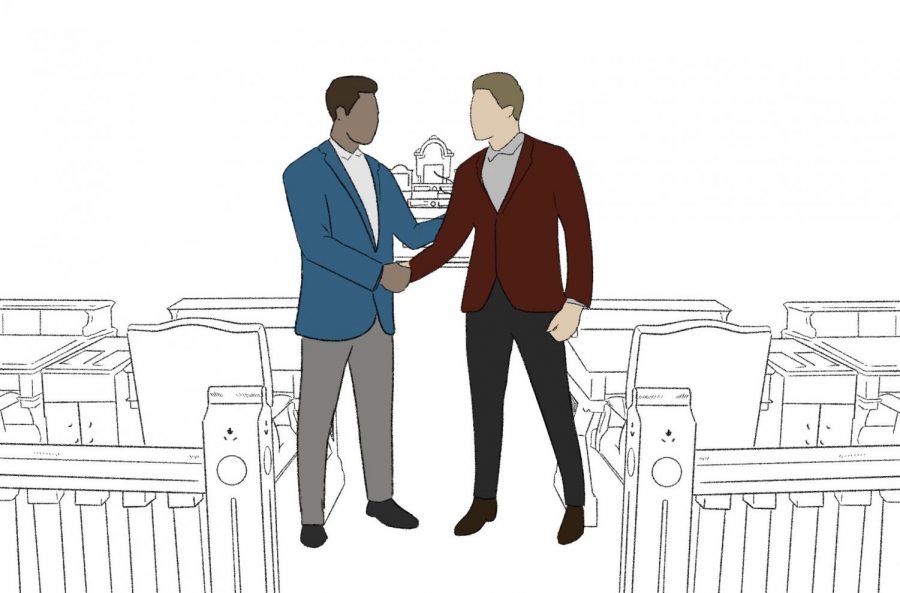 President Joe Biden’s Inauguration commenced with words about unity, tolerance and the preservation of democratic values. In his speech, Biden called for the nation’s reconciliation in the midst of political turmoil. The speech received positive reviews from both sides of the aisle. For many commentators, Biden’s inauguration signaled a change in tone for the direction of the country; one that would differ from the Trump administration’s.

Several Republican Senators complimented Biden’s speech. Among those Republicans was Sen. Susan Collins of Maine, who is a long-time colleague and friend of Biden’s. “I stand ready to work with him to advance common goals,” Collins said.

Collins even pointed out how she, along with others in the Senate, already worked with Biden in some capacity.

Senator Mitt Romney, the former Republican Presidential candidate, also said Biden’s words were not only needed but strong. Romney is a Republican that could be willing to work with the current administration. After all, Romney has experience going against his own party if need be, this was made evident when he voted to convict in President Trump’s first impeachment trial.

There have been other Republican leaders that have expressed similar sentiments. However, the biggest challenge for bipartisanship is that the Republican party is divided.

There are those who are more moderate and willing to work together.

Then there are Trump loyalists.

Even if they aren’t loyalists, few are willing to go against their party. This is when Biden will apply that experience in the Senate he bragged so much about on the campaign trail.

Just because this transition seems to be off to a good start, doesn’t guarantee it will stay that way. Inevitably, there are Republicans who have their reservations about Biden’s executive orders and policies. This indicates that their cooperative spirit could very much change depending on these new executive orders.

Republicans are probably trying to be more amicable and show unity with the newly elected president mostly because of the insurrection on Capitol Hill. There is a clear ideological disturbance between Trump’s fanbase and it would be wise for Republicans not to feed into it.

In spite of these challenges, with this new presidential administration, we will definitely see more bipartisanship than in the previous one. The contrast between this administration expressing the need for tolerance and collaboration and the previous one carrying contentious politics with arrogant combative personality is drastic.

However, time will only tell whether bipartisanship will return to Capitol Hill.