Does the Biden presidency promise ‘Morning in America’? 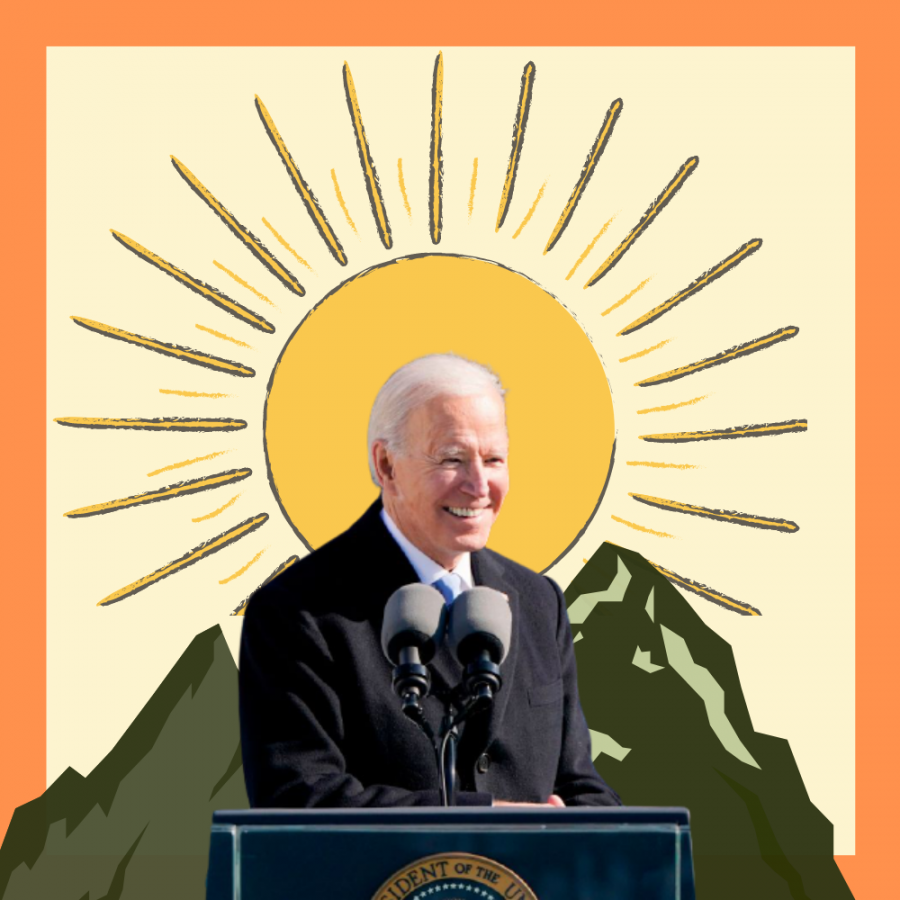 “It’s morning again in America” was the opening line to President Reagan’s 1984 “Prouder, Stronger, Better” campaign television commercial. The message is simple, patriotic and inspirational. By watching the video alone, it is moving and it engages thoroughly with the American people on a personal level – which is probably why it is deemed one of the most regarded campaign advertisements over the course of history.

In efforts to strengthen his reelection crusade, Reagan figured a popular and seemingly patriotic song like Bruce Springsteen’s 1984 single, “Born in the U.S.A”, would serve as a ‘theme song’ for his campaign. President Reagan himself referenced Springsteen during a New Jersey stop on the campaign trail in August 1984 saying, “America’s future rests in a thousand dreams inside your hearts. It rests in the message of hope in songs so many young Americans admire: New Jersey’s own Bruce Springsteen.”

During this era, people all over the world were bound to hear “Born In The U.S.A.” as an ode to patriotism and would vouch for it to be the perfect soundtrack for President Reagan’s “Morning In America” campaign. The song starts off with some ferocious snare strikes, prompting cannon blasts, fireworks and all the national pride associated with those sounds. Before Springsteen even comes in with his iconic raspy vocals that many know and love, the song is an explosion, casting red, white, and blue filters on a set of lyrics overwhelming with many more colors and layers.

However, Springsteen opposed Reagan’s plans to use “Born In The U.S.A.” as the soundtrack to his reelection run because he felt the song didn’t align with the message the President was trying to put out for his campaign. According to a Mental Floss article about the song’s mistranslated message, Kenneth Partridge writes, “‘Born In The U.S.A.’ ultimately is a patriotic song – just not the kind President Reagan was looking for. Springsteen’s traumatized, unemployed protagonist wants to believe that being American means something.”

This brief song analysis is incredibly striking because nearly 40 years after the song’s release, Springsteen’s intention behind writing “Born In The U.S.A.” is a familiar feeling many Americans are experiencing in the present time.

Americans want to feel proud to be an American and of their country, but a lot of us are traumatized by the political climate in the country. The embarrassingly familiar systemic racism is something we have seen in America for generations and the raging COVID-19 pandemic has affected families in the worst ways possible in addition to taking a toll on the economy, resulting in a nationwide unemployment plummet.

Yet, even with the seemingly never-ending turmoil Americans have seen, we all want to experience the “Morning in America” idea President Reagan was dreaming of — the notion that we are prouder, stronger and better as a nation.

The nation’s history is filled with politicians who found the language of optimism effective and a strategy to build trust among the American people. With a new presidential administration in office, there is reason to feel a fresh sense of hope. Before President Joe Biden took office, Kate Bedingfield, Biden’s communications director believes the President will “lay out a path forward that really calls on all of us to work together.”

“I think that’s what Americans all across the country want. They want a government that once again is focused on doing the right thing by them and helping them in their day-to-day lives.” Bedingfield said. “Eighty-one million Americans voted for President-elect Biden in part because he was laying out a vision for this country that gets us to a point where we can work together.”

During a live appearance alongside his wife, Dr. Jill Biden, on ABC’s Dick Clark’s New Year’s Rockin’ Eve on Dec. 30, 2020, Biden said, “I’m more optimistic about America’s chances than I’ve ever been. I am absolutely positive, confident, that we’re going to come back and come back stronger than we were before.”

In one of America’s most remarkable presidential races, the Biden campaign demonstrated a level of focus and resilience that surprised his critics. What has been consistent since Biden’s decision to run for president, and also most impressive, is that he has never failed to vocalize the wrongs in the United States as a result of the past four years while being even more outspoken about what America is capable of becoming.

By beautifully weaving his own personal life journey into the narrative of what is possible in America, Biden demonstrates optimism as not only a personal quality but a national quality. He is also tenacious in expressing this certain quality of optimism can be shared by all Americans.

Although we are traumatized and unemployed, we have to work to get to a place where we will be screaming we are proud to be Americans — or in Springsteen’s context — to have been born in the U.S.A, and mean it from the depths of our hearts. With the help and optimism of our new presidential administration, we can get there. For so long, pessimism has gained far too much traction. Biden makes not only the case for optimism but also for optimistic leadership and ultimately, a more optimistic America.

“With unity, we can do great things, important things,” Biden said in his Inaugural Address on Jan. 20. “We can right wrongs. We can put people to work in good jobs. We can teach our children in safe schools. We can overcome this deadly virus. We can reward work, rebuild the middle class, and make healthcare secure for all. We can deliver racial justice. We can make America, once again, the leading force for good in the world.”