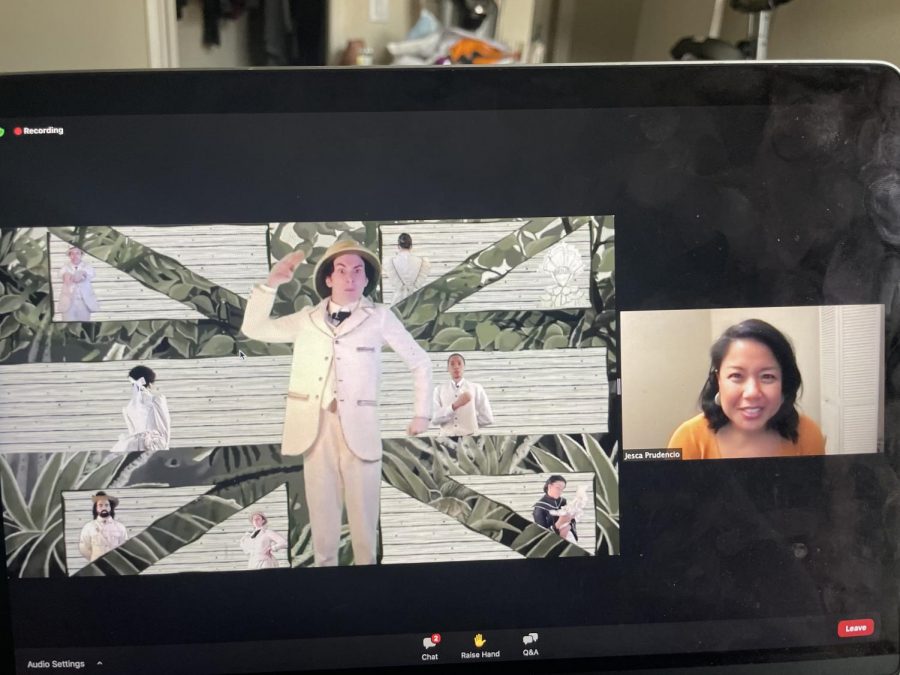 Arts Alive hosted a fifth discovery series panel about the revived satirical play “Cloud 9” on Monday, Feb. 15. The discussion brought together faculty and staff from different departments at San Diego State and a guest artist to talk about social justice issues in theatre.

According to the Arts Alive website, the topic was about how “theatrical parody can address pressing social justice issues like gender, sexual identity, colonialism, and racial politics.”

Eric Smigel, chair of Arts Alive, said its goal is to integrate the arts into other disciplines across campus to “affirm the value of art as a university enterprise.”

This panel however, was different than previous ones. Director Jesca Prudencio and Assistant Professor in the Department of Africana Studies Antwanisha Alameen-Shavers, had a candid discussion in response to the first act of “Cloud 9” for the majority of the hour and a half event.

Prudencio showed a clip of the play which took place in colonial England. The white male patriarch was positioned in the middle of the screen and scaled at a larger size than the other characters. He began scolding his wife played by a black woman, who admitted that she wasn’t faithful to him. He forgave her, and said she couldn’t help but be too lustful as she is female.

Alameen-Shavers was asked what her thoughts were on the clip. She questioned why these performances are being revived in the first place and said it felt too old for her. It brought her back to the history of European men calling black women lustful as an excuse to commit horrific acts.

Using an old colonial framework was offensive to her, she said it is still relevant to the issues of today regarding the power the white patriarchy holds over society. She added that the queen of England still owns the most land worldwide.

Smigel said this discussion was unique because typically the panelists meet beforehand to discuss strategy, and this was the first time Prudencio and Alameen-Shavers officially met.

Prudencio said the purposely problematic clip of act one triggered a really exciting conversation. In act two, the characters are liberated from these roles and the time period changes to the 1970s.

“I thought it was a very interesting panel in that we were able to talk about very important issues that the play sort of unearthed,” she said in a phone interview.

Alameen-Shavers said she wanted to see more works of art that are created by black people to uplift and empower the community.

She added that white people don’t really listen fully to what her community has to say.

Freedome Bradley-Bailentine, artistic director at the Old Globe theatre was asked by Alameen-Shavers to give his thoughts about the discussion.

He believes that people come to plays to feel good about themselves and they aren’t really listening to learn.

Junior Camille Hooks Attended the last 30 minutes of the discussion and agreed to an interview by email.

“Considering I didn’t see the play they were talking about, I can’t say much but part of the discussion I took away from and agree with was how white people need to listen to the issues,” she wrote.

“It’s like they are being told or they have access to information to educate themselves and they either choose not to learn or it goes in through one ear and out the other. You can’t teach someone else to listen, that part is up to them.”

“Don’t ask how to be an ally or for someone to educate you on the topic. You have access to movies, documentaries, books, the internet, etc to figure it out yourself..”

After the discussion, Prudencio was left with questions about what art can do for society today.