Review: Netflix’s Malcolm and Marie is a beautifully made, but flawed film 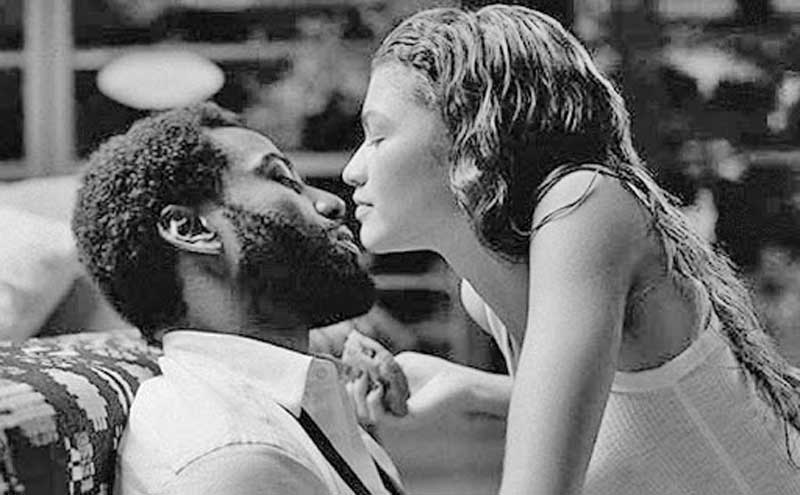 Netflix’s “Malcolm & Marie” is a black and white movie full of dreamy cinematography and raw emotion. There is endless drama for the entirety of the film which is taxing to watch for almost two hours.

The stressful nature of the two characters fighting, intertwined with intense rants, and bare, modern decor of the set made it seem longer than it actually is. Despite its limitations, the watcher can’t help but feel invested in the story and encapsulated by its artistic beauty.

Zendaya, star of the hit HBO series “Euphoria,” and John David Washington, son of actor Denzel Washington and a former American football player, are the only two characters on screen. The movie was shot with a 35 mm film camera and written and directed by Sam Levinson. Its long shots, slow panning and riveting close-ups make it hard to look away.

When the opening credits finish, Marie enters a lavish home in Malibu, Calif. Her dress is enchanting, her face solemn. Washington exudes joy and excitement after the couple attended his film premiere which he directed.

Malcolm turns on James Brown’s “Down and Out in New York City.” He dances and sings while the camera pans back and forth from the kitchen to the living room. Marie is making him macaroni and cheese. This scene is the beginning of a six-minute-long shot.

What follows is an intense night of arguments, laughter, anguish and solace. The film is full of contradictions, as the watcher isn’t sure what will happen to this couple who have been through so much together.

Malcolm and Marie engage in multiple battles throughout the night; their chosen weapons are long monologues that reveal their inner opinions of one another which seem to have been repressed for their entire relationship. Each is attempting to hit the person where it hurts the most.

Malcolm is proud of his film but tortures himself by ranting about reviews that haven’t been written yet by white journalists. Malcolm expresses that it is about a black woman getting clean and nothing more. He is critical of what is to come from these writers because he knows they will see his film through a political, “white savior” lens.

There are multiple instances where Malcolm becomes impassioned about his movie. He yells and screams and exhausts himself, then collapses on the floor or the couch. Marie is there to listen and finds it amusing,  she never tells him to calm down.

Marie is holding something back throughout the film; she is a conflicted, nuanced character. The soft jazz music quickens and slows depending on the circumstances of the characters’ emotions. One line spoken by Washington that stood out was “you can’t imagine the reason I’m with you is that I love you.”

The film was shot in Carmel, Calif. With a crew of 20, and finished in two weeks during the pandemic, according to Vulture.com. The discography included Outkast, William Bell and Dionne Warwick.