Perspective: Recent increased attacks on Asian-Americans reminded me to embrace my roots 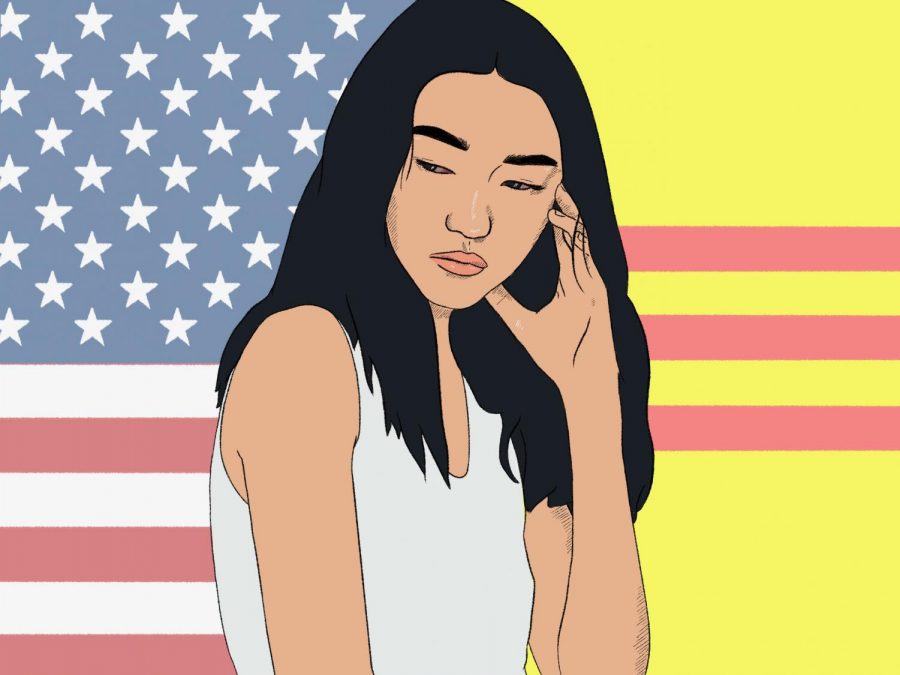 Due to the hateful disinformation spread about how Chinese people are the leading cause of the pandemic, violent attacks on Asian-Americans in the Bay Area have increased significantly.

According to NPR, more than two dozen recent assaults and robberies in the Bay Area signify a national rise in hate crimes against older Asian-Americans during the pandemic.

Since the pandemic started about a year ago, nearly 3,000 attacks on Asian-Americans have been reported.

Recent incidents highlighted include a fatal attack on an 84-year-old Thai man in San Francisco, a violent attack on a 91-year-old man in Oakland’s Chinatown, and an attack and robbery of a 64-year-old Vietnamese woman in San Jose.

In the past, I was hesitant to embrace my culture as a Vietnamese-American woman as wholeheartedly as I could because I didn’t want to be made fun of or stick out.

My parents are immigrants who escaped Vietnam during the Vietnam War and fled to the United States, making me a part of the first generation of Vietnamese-Americans in my family.

Growing up, I went to a predominantly white elementary school and I heard countless jokes about my ethnicity and culture.

Over the course of my childhood, I tried to assimilate and be ‘as American as possible.’

However, in times like these, when violence against Asian-Americans continually increases and a pandemic is scapegoated onto a whole culture, I cannot forget my roots.

I have a complicated relationship with my culture. I’m ashamed to say I was sometimes embarrassed to be Vietnamese but as a 22-year old woman now, I feel ready to embrace it and fuse it with my American life.

My parents are both Vietnamese immigrants who used to live in the Bay Area and I cannot stop wondering what I would do if it was my dad who got stabbed on the subway or if it was my mom who got robbed of $1,500 after she withdrew it for Lunar New Year.

If my grandparents on my mom’s side were still alive, I would be even more fearful since they used to live in San Francisco.

This holiday is typically filled with happiness, renewal and familial connections. During such an important holiday, it is truly saddening to see our communities attacked.

Asian-Americans already feel like our voices are diminished and we are told constantly that we barely count as people of color due to the model minority myth.

The model minority myth refers to a minority group perceived as particularly successful, especially in contrast with other minority groups.  The purpose of this myth is to drive a wedge between different disadvantaged groups.

Don’t get me wrong — the Asian community isn’t perfect. It still needs to work on many of its issues such as anti-Blackness, fear of discussing toxic behaviors and overall rigidness.

However, the community will never improve if it’s always overlooked, never uplifted and never supported.

These moments also remind me why I chose the career path I did and how I don’t want these stories to be pushed to society’s frays.

I’m currently double majoring in journalism and sustainability, both of which are fields Asian-Americans don’t typically flock to.

As of 2019, Asian-Americans make up about 3 to 5% of most newsrooms in America, whether in print or broadcasting.

I don’t want to see our stories — whether they be our highlights or our tragedies — told by someone who’s never lived them or never will.

I will never forget to embrace my roots or culture ever again nor will I ever feel embarrassed while doing so again.