Aztecs and Aggies rescheduled for March 4 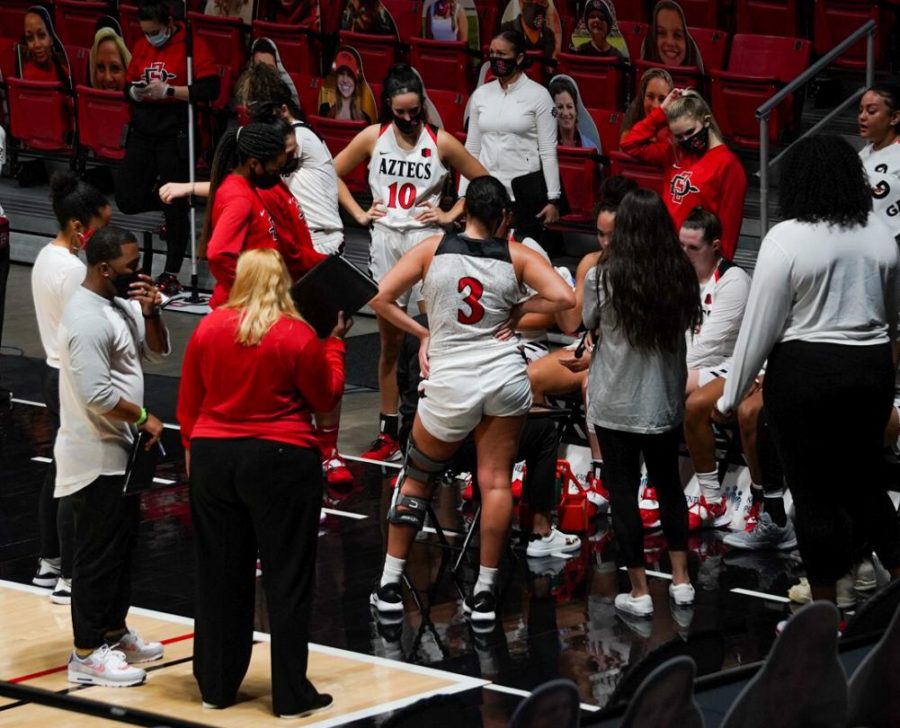 The San Diego State women's basketball team huddles in a timeout during the Aztecs’ 59-54 win over the Falcons on Jan. 23 at Viejas Arena.

It turns out the Aztecs’ game against the Bulldogs will not mark Adams’ final home game after all.

SDSU and the Mountain West Conference announced earlier Tuesday that the Aztecs and Utah State will reschedule their postponed game to March 4. The game will be played at Viejas Arena.

The tip time will be announced at a later time.

This decision was made in large part due to the conference expecting postponed games at the beginning of the season. A week was left open before the MWC tournament to reschedule any games, if needed.

The Aztecs and the Aggies were originally supposed to play on Jan. 16. It was postponed about an hour before tipoff due to a positive COVID-19 test within the Utah State women’s basketball program.

Now, the Aztecs will play its maximum 18 games in conference action this season. The team heads to Boise State this weekend for its final two road games of the regular season before coming home to face the Aggies next Wednesday.

After the three games, it’s on to Las Vegas for the conference tournament March 7-10.