A glimpse into the virtual Greek life of the Divine Nine. 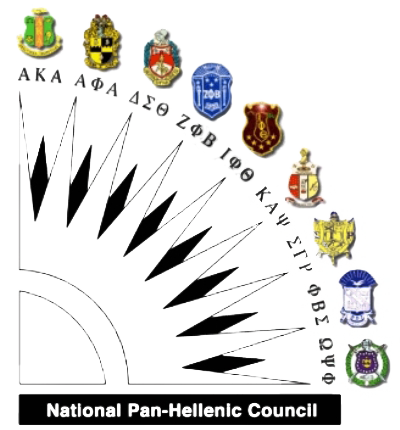 Greek life is one of the many reasons that students choose to attend San Diego State. However, with current pandemic restrictions and no return to campus in sight, some of these Greek organizations have no choice but to continue via Zoom.

The National Pan-Hellenic Council is a collaborative organization of nine historically African American, international Greek lettered fraternities and sororities. It was formed as a permanent organization on May 10, 1930, at Howard University in Washington D.C., the NPHC was incorporated under the state laws of Illinois in 1937. SDSU has seven of the “Divine Nine” organizations: Alpha Phi Alpha, Alpha Kappa Alpha, Kappa Alpha Psi, Delta Sigma Theta, Phi Beta Sigma, Zeta Phi Beta, and Sigma Gamma Rho

“Our main purpose as the National Pan-Hellenic Council is to promote interaction through forums, meetings, and other mediums to engage in various activities and functions to better our communities so we put on a lot of community service events,” NPHC President Finnisha Eastman, a business marketing senior, said. “Everything we do, all year long, is in service of our community. We are the Black Greeks who serve our community.”

The organization, pre-pandemic, would host donation drives for the homeless, hygiene drives to create kits for people in need, back-to-school drives for school supplies, voter registration parties, study nights and a beach cleanup at the beginning of each semester.

Eastman said this was the first time in six years that the NPHC hasn’t hosted its beach cleanup. Other functions included back-to-school bonfires, parties, and barbecues, gospel nights and forums with speakers about topics relevant to college students. The biggest event of the year that the organization had was its Homecoming Yardshow.

“All of the Divine Nine comes out and you put on a 10 to 15-minute performance and you’re really just repping your organization,” Eastman said. “It’s so fun being on campus and being Greek, especially the NPHC, because it’s a community, it’s competitive, it’s fun. I’m sad that in my last year I don’t get to experience that.”

During the pandemic, the organization has hosted study nights, informational seminars and Meet the Greeks events, but Eastman said that the organization is kind of struggling. “We put on events, and we have the community come to our events. We meet, we mingle and get to know these people and we find like-minded individuals who would benefit our organization and our organizations would benefit them,” Eastman said. “It’s been hard on the recruitment aspect just because we’re not able to meet people and get a feel for everyone and make those connections.”

“The students are already on Zoom all day for classes. It’s hard to convince them to join another call later in the evening, for enjoyment nonetheless, but it’s on Zoom and you’re kind of zoomed out by 5 p.m.,” Eastman said, “The attendance is lower and so the morale of putting on events is really falling because it’s like, ‘why do it when no one’s gonna come?’”

Eastman and the Council are still keeping up by hosting new events and by sharing information on Instagram.

Although recruitment has been hard, Eastman said that the Council gained a larger number of new members. However, Eastman is predicting a drop in members due to the number of members who are seniors. This doesn’t mean that the organization is going to change structurally, it is sticking to its core mission by providing community services, even during the pandemic.

Stepping and strolling videos are shared by members on Instagram. NPHC Week is quickly approaching in March, and it’ll be holding two events: a safe sex workshop and a study night. More information about these events is going to be on the NPHC’s Instagram.

“I’d like to see that continue to happen just because it’s giving the students, who never had the on-campus experience,” Eastman said “It’s giving them the opportunity to connect with us and see people who were once in their shoes, serving their community, and just giving people the sense of community and that there’s still a space where you can come together and spend time with other people on campus.”

For new members, Eastman wants to build a sense of community and wants people who want to join to do their research. “When you join an organization you are not only joining that organization but that chapter which you’re going to be tied to for life,” Eastman said.  “A second point: it’s a four line commitment, it’s not something where you know you get into in college and that’s it. It’s a lifetime commitment, it’s a lifetime of service and there’s more to come after you graduate.”

Eastman suggests for those who are interested in joining one of the organizations in the NPHC  to attend the events that they’re holding, meet the people, make connections and stand out. “You just want to be a personable person, and people will know your face, know your name and they’ll see that you’re interested in and we’ll reach out,” Eastman said.

If students are interested in joining one of these Greek life organizations, you can find more information about the club on Instagram @sdsu.nphc or on the website: https://sdsunphc.weebly.com/.