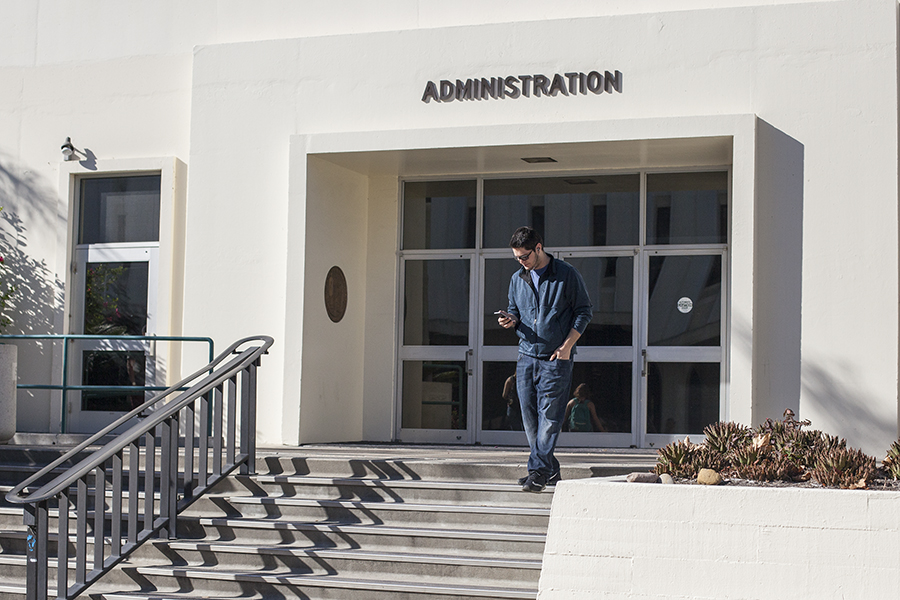 Gov. Gavin Newsom released the details for a “stand-alone dual admission program” in his proposed budget, which if approved would provide California community college students another, more direct, path to admission to the state’s public universities.

In the proposed measure, participating first-time community college students would be guaranteed a spot at a California State University or University of California campus of their choice starting in 2023. That is, if they obtain their associate’s degree for transfer in two years, according to the governor’s trailer bill outlining the policy.

The other catch – CSUs and UCs have the ability to create supplementary requirements (like higher GPA thresholds) for admission into highly impacted majors or degree programs.

The governor’s proposal is very similar to the Associate’s Degree for Transfer (ADT) program already in place which facilitates agreements between California’s community colleges and private and public universities in the state that also guarantee admissions. The primary difference between the two, however, is that the ADT program does not guarantee admission to a specific CSU or UC, only to one of the systems’ 23 or 9 undergraduate campuses respectively.

The stand-alone dual admissions program would also give participating community college students access to library, counseling and other services at the CSU or UC they agree to transfer to. The program would also require the CSU and UC to provide students a provisional financial aid letter outlining the potential aid they may receive, according to the language of the proposal. This is an effort to create a more seamless transition and ensure transfer students understand the unique course requirements at different campuses, hopefully, so that they avoid taking courses that do not transfer or overlap.

All four leaders said they supported creating an additional transfer pathway for community college students, EdSource reported. CSU Chancellor Joseph Castro was one of the leaders at the forum.

“Administrators are currently studying the governor’s proposal to see how it would impact existing transfer pathways,” CSU Public Affairs Manager Kelly Hazel said. “As two-thirds of California students begin their higher education journey at a community college, the CSU is committed to easing the transfer pathway for students.”

For students though, the real sticking point is the two-year timeline.

“They’re giving students a deal, this is their mission to complete their degree in two years, but everyone has their own pace,” television and media studies junior Giann Ramirez said. “I thought I was gonna finish Grossmont in two years and I ended up there three years.”

What this means for SDSU

With the governor’s proposal in place, San Diego State could see increased transfer enrollment, along with much of the other 23 CSU campuses. However, SDSU already ranks fourth in the CSU in terms of the number of transfer students accepted, according to CSU data. The top 3 CSU transfer schools are Fullerton, Long Beach, and Cal Poly.

Finley Rafael Cazzola, a history senior, is one of many in his family to attend SDSU stretching back to the late 80s and early 90s.

“Back then, if you were attending a community college in San Diego County you were usually automatically guaranteed to go in anyway,” he said.

Student opinion has been mixed when it comes to the proposal. Although some students feel that the proposal offers opportunities, others see some disadvantages to transfer students.

Many students took this into consideration and compared community college transfers to high school seniors.

“If you’re guaranteed a spot, you’re not necessarily going to be as competitive and to go to those competitive UC’s and CSU’s, you have to come with that mindset,” business major Juan Villarreal said.

California would be playing catch up

What Gov. Newsom is proposing isn’t a novel concept.

Community colleges in the east, like Community College of Philadelphia, offer dual admissions programs that allow first-year community college students the opportunity to declare an intent to transfer to approved four-year universities which then gives them access to the academic and financial aid resources while they concurrently earn their Associate’s degree for transfer.

Listing requirements for students to meet in order for eligibility, ETSU encourages students to participate. Giving students access to resources such as early advisement, services and support.

Since the proposal is tied to the state budget, the fate of the governor’s proposal for a “standalone dual admissions” program won’t be finalized until June, when the legislature must approve the final budget.

“I hope they make a wise decision, no matter where this decision takes them, I just hope it doesn’t affect students negatively,” Ramirez said.