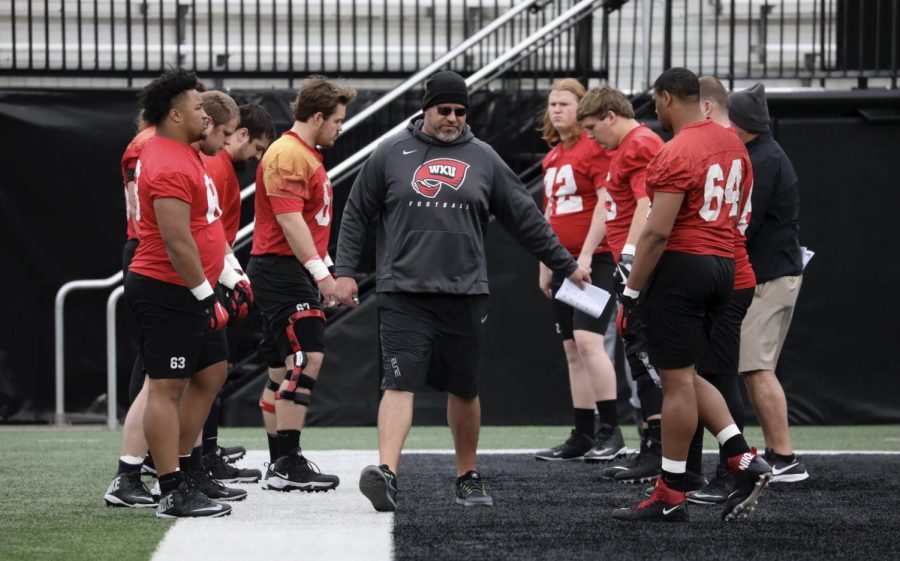 Goff played in the NFL for 12 seasons, earning All-Pro honors in 2005 with the San Diego Chargers. Shortly after retiring from the NFL in 2009, Goff joined the Aztecs’ coaching staff as a volunteer assistant in 2010-11, during Hoke’s first season in the Scarlet and Black.

“It is great to have Mike joining our coaching staff and once again reunite him with Aztec nation,” Hoke said of Goff in a press release. “He was an elite offensive lineman at Iowa and in his 12-year career in the NFL. He will help this offensive line in our program and will maximize their abilities in the future.”

Following a four-year career at Iowa under legendary head coach Hayden Fry, Goff was selected in the third round of the 1998 NFL draft by the Cincinnati Bengals and spent 12 seasons in the NFL with the Bengals, Chargers and Chiefs.

Goff departed from the Aztecs’ coaching staff following the 2011 season. He would go on to earn his bachelor’s degree in liberal studies at Iowa in 2012 and head back to San Diego to be an assistant coach for Hilltop High School in 2014.

In 2015, Goff was hired onto the USC coaching staff as an assistant offensive line coach. In his four seasons as an assistant at USC, Goff coached two first team All-Americans, two first team all-Pac-12 picks and a Joe Moore Award semifinalist — the award given to the best lineman in college football each year.

Goff was then hired as an o-line coach at WKU in 2019, helping the Hilltoppers reach bowl games in 2019-20 while coaching the 20th– and 14th-best offensive line in the FBS, according to Pro Football Focus.