Opinion: Trump’s legacy can’t be brushed under the rug 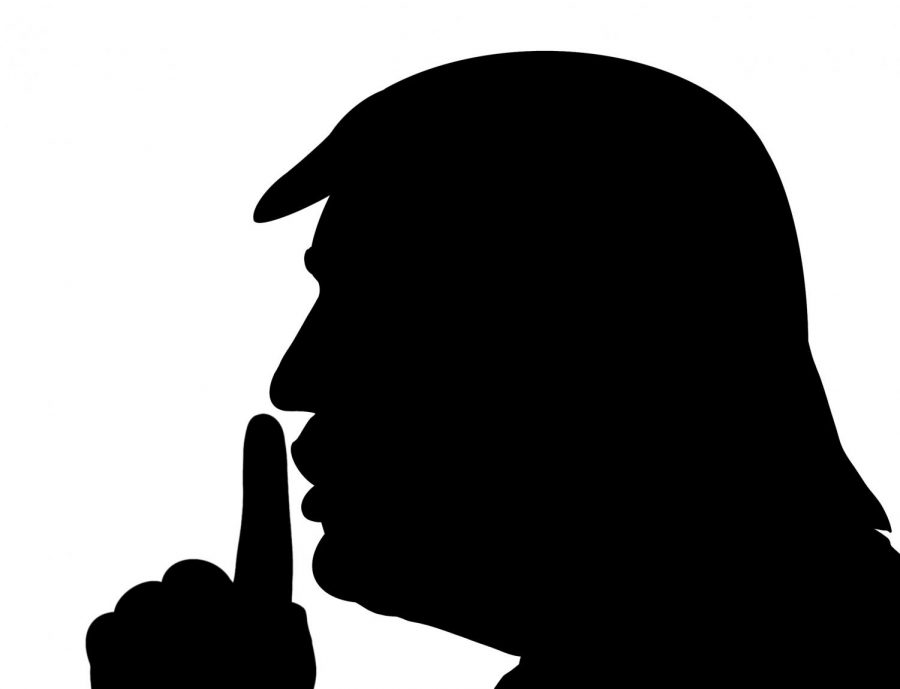 After an incredibly tense year of combatting the COVID-19 pandemic, the Black Lives Matter movement reaching a new peak and ever-intensifying rhetoric from former President Donald Trump that ultimately led to an insurrection, several officials want to sweep 2020 under the rug and move on from the events of the past few years with the new presidency.

As nice as the idea seems, we cannot ignore the issues of the past and present in the name of moving forward. To be cooperative at this time will only allow Trump’s legacy to continue far beyond his absence from office, even with a new administration in place.

Former President Trump spent his entire presidency spreading harmful lies – lies that many Americans clung to wholeheartedly. Whether it was demonizing Black Lives Matter activists, shouting “fake news” in attempts to discredit media sources so that his followers would remain loyal, or inflating white supremacy, the words and actions of the former president laid the groundwork for a new, more hostile America to emerge.

The former president’s actions have created a Republican Party that consistently attempts to smear the truth, no matter how much compelling evidence disproves their stance. From denying the severity of the coronavirus and crying “fraud” whenever they do not get their way, the Republican Party has convinced some Americans to outright deny the truth even if it is staring them in the face.

This rejection of truth is a trend that has been continuing for far too long, and is bringing real consequences to the American people. Take the COVID-19 pandemic for example. The Republican Party has brainwashed many American conservatives into thinking that things like wearing a mask and social distancing do not work, or at the very worst is a Democratic move for “mind control” over the American people. This rejection of truth has caused the virus to progress to such a severe state in this country and we are past the point of no return to try and fix the damaging lies spread about the virus.

The numerous falsehoods that have been spread by the Republican party is not just an issue of a lack of education or awareness.

It is a direct attack on the well-being and safety of our country.

Compelling evidence was presented in the impeachment trial that provided video evidence of the former president inflating the situation, yet despite this hard evidence Mr. Trump was ultimately not held accountable. Some officials even shamed the democratic senators who initiated the impeachment in the first place, echoing the “witch hunt” rhetoric that was voiced with the first impeachment against Donald Trump.

The fact that hard evidence was provided yet many senators ignored this evidence or tried to actively divert attention from the trial by claiming these concerns against the former president were fabricated is simply despicable.

The Trump legacy has created an era where the truth is denied so that loyal followers are rewarded, and those who diverge from the party’s wishes are punished. The few Republican senators who did vote against Trump are facing repercussions from their party and even formal censures.

A healthy democracy requires differences in opinion between parties. The fact that the very few officials who decided to express an opposite opinion from the majority are being blacklisted is a sign, at best, of an unhealthy democracy.

The previous administration has used the move of twisting the truth so frequently that we as citizens are no longer surprised when it occurs. How have we allowed these lies to continue for so long? More importantly, why have we not stopped the people perpetuating and upholding these falsehoods?

The question arises of how to stop these lies and how to move forward to an era of peace with the new administration.

It may seem counterintuitive at first, but our answer is division. The only way to stop Trump’s legacy is to take a hard stance against anyone who tries to further uphold the standards that the former president established in his presidency.

We cannot simply “forgive and forget” when it comes to the volatile America Trump created. A harsh stance against these perpetrators must be taken or this hostile America will never fade away.