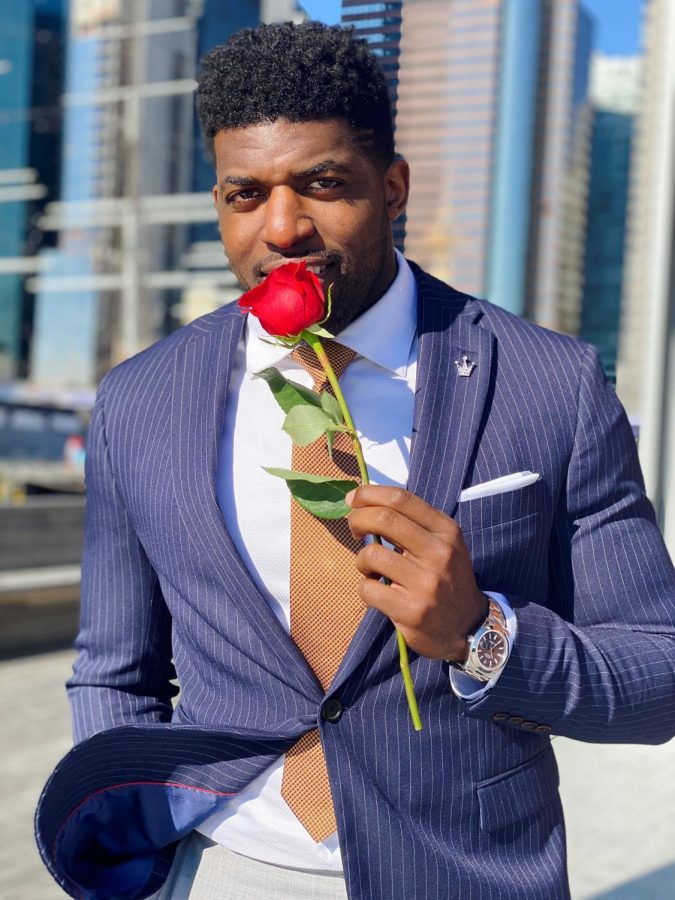 Former NFL linebacker and Fox Sports analyst Emmanuel Acho has accepted the rose and will host “The Bachelor: After The Final Rose.”

Acho is the best-selling author and the host of the YouTube series, “Uncomfortable Conversations With a Black Man,” which serves to spark purposeful dialogue surrounding racial ignorance. The show launched in June 2020 and has over 80 million views to date.

A former linebacker for the Cleveland Browns and Philadelphia Eagles, Acho left the NFL in 2016 to join ESPN as an analyst. He is now an analyst for Fox Sports and the co-host of “Speak for Yourself”.

During the “After The Final Rose” special, Acho will discuss the outcome of the finale and the current events surrounding “The Bachelor” franchise with bachelor and former Wake Forest wide receiver Matthew James, the first Black man to be a lead on the show as well as the three finalists.

One of the finalists, Rachael Kirkconnell, has faced criticism over photos that have recently surfaced, including one of her attending an “Old South” plantation-themed ball in 2018. Kirkconnell apologized in an Instagram post, saying, “I was ignorant, but my ignorance was racist.”

On Feb. 13, longtime host of “The Bachelor”, Chris Harrison announced on February 13 he was “stepping aside” from the show for “a period of time” after defending Kirkconnell after her scrutiny.

James said the interview between Harrison and Lindsay “was troubling and painful to watch,” adding that “it was a clear reflection of a much larger issue that The Bachelor franchise has fallen short on addressing adequately for years.”

Harrison, who is still listed as the show’s host on its website, apologized, writing on Instagram that his comments, like his use of the term “woke police” in defending Ms. Kirkconnell, were “unacceptable.”

It is unclear as to how long Harrison will step down.

Within the show’s two-decade history, the series has been heavily criticized for its lack of diversity and for being predominantly white. In the wake of the Black Lives Matter movement and racial injustice in 2020, the same criticism was seen as urgent and corrections were immediate, featuring James as the bachelor for the latest season.

“Bryan and I both talked about this — we think Emmanuel Acho would be fantastic,” Lindsay told People Magazine, adding that Acho is “very outspoken about racial injustice, for social justice, and has pretty much been the person who said, ‘I can have these uncomfortable conversations, and people trust it.’”

“Who better to lead it?” Lindsay continued. “(He’s) someone who’s not involved with the franchise, no ties, no bias — I think it’d be great.”

In 2017, Rachel Lindsay was the first Black woman to be featured as a lead on “The Bachelorette.”

“It’s both an honor and privilege to be hosting ‘After the Final Rose.’ This is an incredibly pivotal episode on one of the most storied shows in television history,” Acho said in a statement.

Acho has been widely known to speak his mind unapologetically and this alone can bring about a great deal of change in this special. With Acho’s background and vocal activism, the decision to cast him as Harrison’s replacement is a solid strategy to diversify the overall brand.

“The Bachelor: After the Final Rose” airs March 15 on ABC, following the finale of “The Bachelor.”