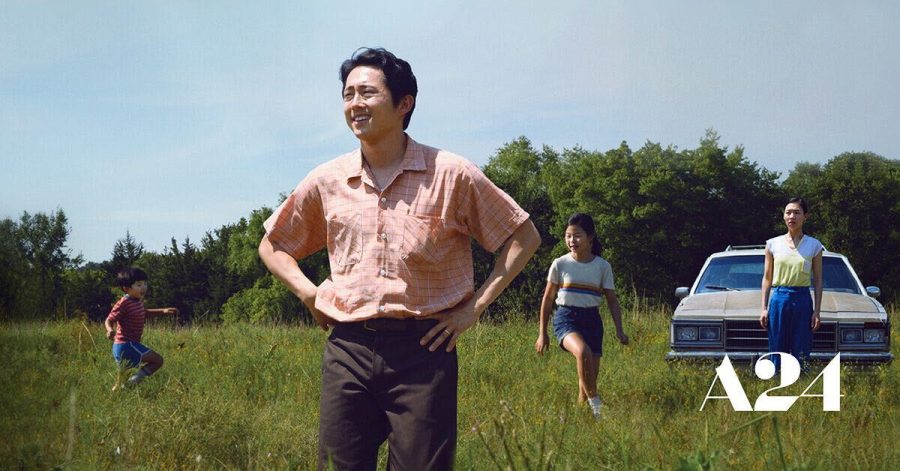 Courtesy of Ethan Johnson / A24 Studios

"Minari" tells the story of a Korean-American family's adjustment to change as they move to a rural lifestyle in Arkansas.

“Remember what we promised each other when we got married?” Jacob Yi, played by Steven Yeun, asks his wife in a doctor’s office waiting room. “We said we would go to America and save each other.”

Vibrant colors of summer grasses and warm jewel tones line the horizons of “Minari,” Lee Isaac Chung’s semi-autobiographical movie about a Korean-American family adjusting to what they hope is a fresh start in rural Arkansas. Jacob’s dream is to be a successful farmer. Monica’s seen him try and fail enough times that she wonders if he cares about anything else. Their children, Anne and David, are truly all-American kids who are figuring it all out on their own. At any given moment, the whole of their lives threatens to give way.

The film, which stars Yeun, Han Ye-Ri as his wife, Monica, Youn Yuh-Jung as Monica’s mother and Alan S. Kim as the young David Yi, is a spectacular look at one family’s struggle to get by in a deeply American sense. “Minari” blends a magnificent score, stellar performances, lively dialogue and thematic depth, all with a delicate hand on all accounts.

Above all, the element that makes “Minari” work that other movies struggle to attain is its graceful yet ever-present tension. The tension that holds the family together is the same tension that threatens to tear them apart: a tense hope that Jacob’s farm will turn a profit. A tense struggle within the identities of each character and their family between assimilation and standing out. A tense battle between idealism and realism in a marriage. An underlying tension of health concerns, financial worries, work-life balance and looking at one’s life, wondering if this is really it.

There is a tightrope that is drawn on every character, theme and scene, which threatens to overthrow at any moment.

It’s this delicacy that allows the viewer to keep wanting. Chung directs with a clear vision but with a loose grip, careful to leave artistic fingerprints and not indentations. The methods are fairly conventional – nothing is highly stylized, which is a broad part of its appeal. “Minari” is a story about a family. It doesn’t pretend to be anything else, and it accomplishes that mission with all of the nuance required to effectively tell a story of a family with all the complexities it calls for.

In a hospital room, Jacob reminds Monica of a promise they made at the altar – to save each other in America. Monica tersely responds that she remembers. It’s a moment that summarizes the whole of the film – at one point in time, two people were on the same page. Now, they’re trying to hold on to each other while they’re on opposite sides.

The performances are an absolute highlight for the film. Kim and Yeun have drawn particular media hype as a spectacular father-son duo, but the heart of the film lies in Youn and Han. The grandmother and her daughter, respectively, drive the tension in the film, which keeps viewers on their toes. The role of the antagonist shifts hands between all characters depending on the scene, and Youn and Han are able to handle the role of the antagonist and protagonist with such ease. While the story is enough to make you think, the performances given by these women will be what break you and fix you all at once.

The score, composed by Emile Mosseri (“The Last Black Man in San Francisco,” “Kajillionaire”), is used sparingly but provides exactly the right balance of drama and optimism through frequent piano solos and conventional orchestration.

The film took home a Golden Globe for Best Motion Picture in a Foreign Language at the end of last month.

Yeun’s performance is a favorite for the Best Actor Oscar award, and if he cinches a nomination, he will be the first Asian-American actor ever nominated. In an interview with Variety, Yeun made a very profound point about the prominence of this film – when asked whether films like “Minari” and “Parasite” were going to open the doors for other Korean filmmakers, Yeun distinguished a clear difference between the two films. “Parasite” was a film made in Korea by Korean artists, funded by Korean studios. “Minari,” while frequently grouped with the former, is made up of Asian-American artists, filmed in America, about an American family, funded by American studios. This film is uniquely reflective of the Asian-American experience, and it portrays this with excellence.

“Minari” is not only an important watch, but it’s also rich for every second. It is subtle, heart-wrenching yet optimistic, graceful yet powerful. It is a story of human lives, delicate and strong and handled with near perfection.