Column: Looking back at 28 years of Daft Punk 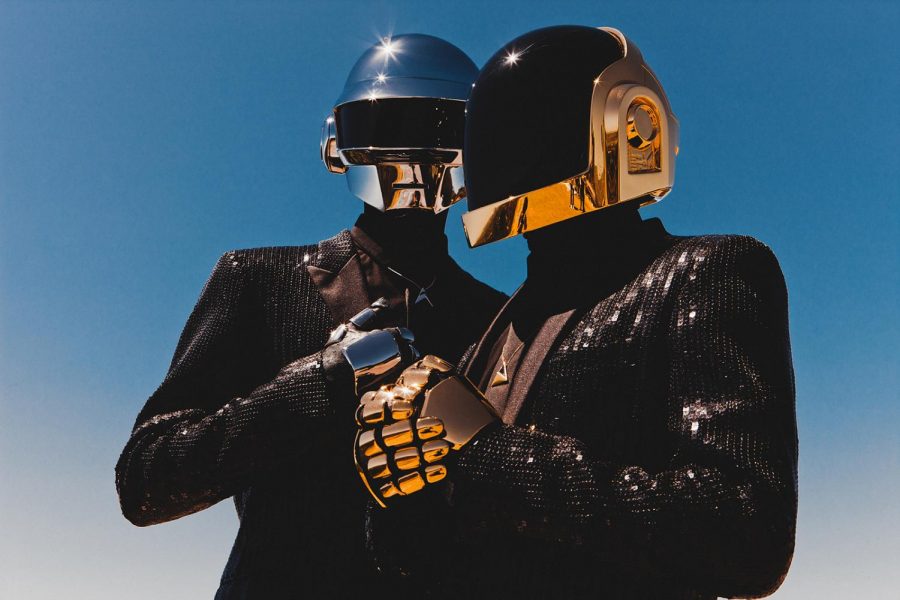 After 28 years of music and six Grammy Awards, French electronic music duo Daft Punk has split up. The split was announced on Feb. 22 via Daft Punk’s YouTube page in a video titled “Epilogue.”

Longtime fans of Daft Punk expressed their disbelief on social media as the announcement came without any forewarning. Many were hoping any Daft Punk-related news would involve a new album.

News of the breakup brought a surge in streams as Daft Punk’s total single-day on-demand streams amounted to 5,025,000 total plays.

Daft Punk initially rose to fame in the late 1990s during the French House movement, a style of music that is closely related to American Disco and the short-lived space disco.

Consisting of Thomas Bangalter and Guy-Manuel de Homem-Christo, the duo’s unique image stemmed from a desire for attention to be placed on the music and not the individual.

While they wore Halloween masks to disguise their identity to begin their career, Daft Punk began sporting robotic helmets and gloves in 2001 to promote their Discovery album.

Discovery was the second album released by Daft Punk following their debut album Homework in 2001. It was with Discovery that Daft punk cemented their iconic images and status as global superstars after the singles “One More Time” and “Harder, Better, Faster, Stronger” became global hits.

While their third album Human After All was met with mixed reviews, the band exploded in popularity once again with the release of their universally acclaimed fourth album, Random Access Memories, in 2013.

Spearheaded by the wildly successful single “Get Lucky,” Random Access Memories debuted at No. 1 on the Billboard 200, UK Albums chart and French Albums chart.

Some of Daft Punk’s best work came when collaborating with another musical act. Including the aforementioned Pharrell, Daft Punk has collaborated with the likes of Kanye West, Julian Casablancas and the Weeknd.

Their work with West produced the Grammy-award winning “Stronger,” a song that utilizes a vocal sample of “Harder, Better, Faster, Stronger,” while their 2016 appearances on the Weeknd’s “Starboy” and “I Feel it Coming” rocketed both songs to No. 1 and No. 4 on the Billboard Top 100.

Fans of Daft Punk will always cherish the 2010 cult classic Tron: Legacy, a movie whose soundtrack was composed by the French duo. It almost didn’t happen, as director Joseph Kosinski was unsuccessful in contacting the group in 2007 as Daft Punk was touring. However, Kosinski reached out again and was successful in bringing in the two for the soundtrack.

The robotic helmets and computerized vocals made Daft Punk a truly unique musical experience. The helmets may have hung up for good, but the memories they brought will always remain.