Opinion: Racism needs to be treated like a disease 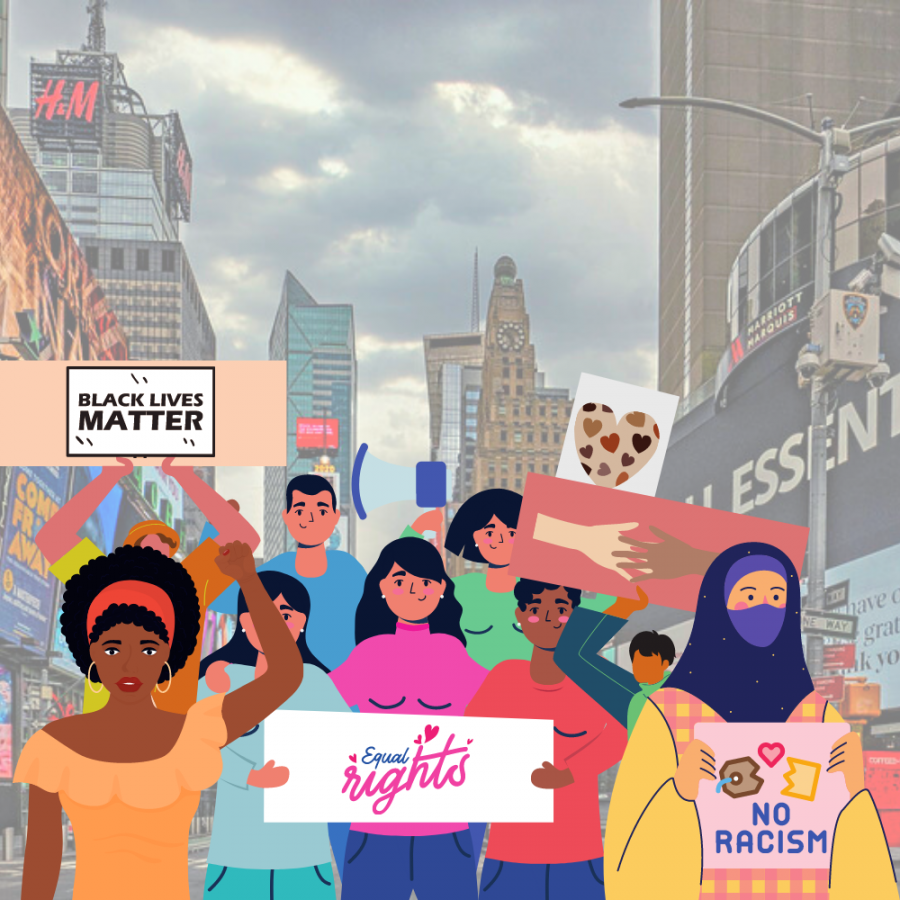 Growing up, I was taught by my parents, my school and my peers to treat everyone as equals, regardless of how they looked.

We fell for this fallacy believing that we lived in a post-racialized world. I am certain many others have similar stories of being told not to see race during their formative years. Many still subscribe to the notion that racism was eradicated by the Voting Rights Act of 1965.

This couldn’t be further from the truth.

In just the last year, racial injustices have been making headline after headline. Our country has witnessed cases of police brutality and unwarranted use of force against Black Americans, the cruel detention of migrant children at the southern border and an influx of hate crimes against elderly Asian Americans. These acts of racism are so flagrant, and yet there are people who still attempt to justify what is happening.

“He should have just listened to the police. It’s his fault.”

“No one can cross our border illegally without facing the consequences. They did it to themselves.”

“It was China who released Kung Flu to the world. They are to blame.”

Then, there are countless stories of racism that we don’t hear about in the news. There are racial slurs hurled, assumptions made and microaggressions transgressed. Discrimination and racial disparities remain widespread in our institutions such as education, healthcare and the workforce.

We live in a racist society.

While most of us would never consider ourselves racist, we all hold racial prejudices. Our prejudices allow for racism to persist on all levels of society, from individuals to institutions. We have come to accept it as the status quo.

Perhaps we do so because it is easier to do nothing. Maybe some of us benefit from the current systems in place. It could be that some of us truly fail to see there is any problem at all.

When we bring up our grievances in response to someone making an off-handed racist comment or joke, we are dismissed. We are being overly sensitive. We should stop being so uptight and politically correct. We need to learn to take a joke. Our calls to address the issue are ignored, and the next time something happens, we say nothing. And where does that leave us?

There is certainly a fine line between a joke on race and a racist joke. Although, given the ugly history of racism in this country, I have never understood why people are so pressed to teeter on that line so carelessly.

By allowing for racist language, we send a signal that racial inequalities and discrimination are simply a part of life. We express consent to the idea that certain races are superior to others. The problem is not so much the language itself but the attitudes surrounding it. It enables a generous tolerance towards racism.

Racist language normalizes racist behavior. Studies have found that racist jokes can lead to racial discrimination. Even if there is no racist intent behind the joke, the audience may perceive it as a rationalization for racial injustices, especially if the audience already has prejudicial tendencies. Racist language leaves far too much room for the interpretation that racial discrimination and oppression can be justified. It enables racial inequalities to appear inherent when they are actually constructed.

Seemingly harmless language still feeds into racial stereotypes and prejudice. It can easily escalate into more severe and dangerous forms of racism. This can be examined in the rise in hate crimes against Asian Americans throughout the COVID-19 pandemic.

Asian Americans are often seen as a model minority – which is problematic in itself – but they continue to face negative stereotypes and discrimination. As cases of COVID-19 began to emerge in the United States, racist language surrounding Asian Americans intensified, with many people referring to the virus as Kung Flu along with other racist rhetoric. Then, racially motivated physical assaults started to occur. According to a report from CSU San Bernardino, there was a 150% increase in hate crimes in major cities against Asian Americans in 2020.

Racism is still very much alive and well. It is as prevalent as ever – some may even say thriving – and it has infected all of us. It has infiltrated our institutions and is deeply entrenched in our culture. There is no escape. Racism will continue to harm and disadvantage our communities of color if we don’t do anything to stop it.

What we say matters. What we don’t say perhaps matters even more.

The next time you witness racism in your day-to-day life, speak out. Speak out because it is not just a harmless little joke. It is language that contributes to an entire framework of racism. It is going to be uncomfortable to do so, but we won’t be able to change a racist society from our comfort zones when racism is society’s comfort zone.