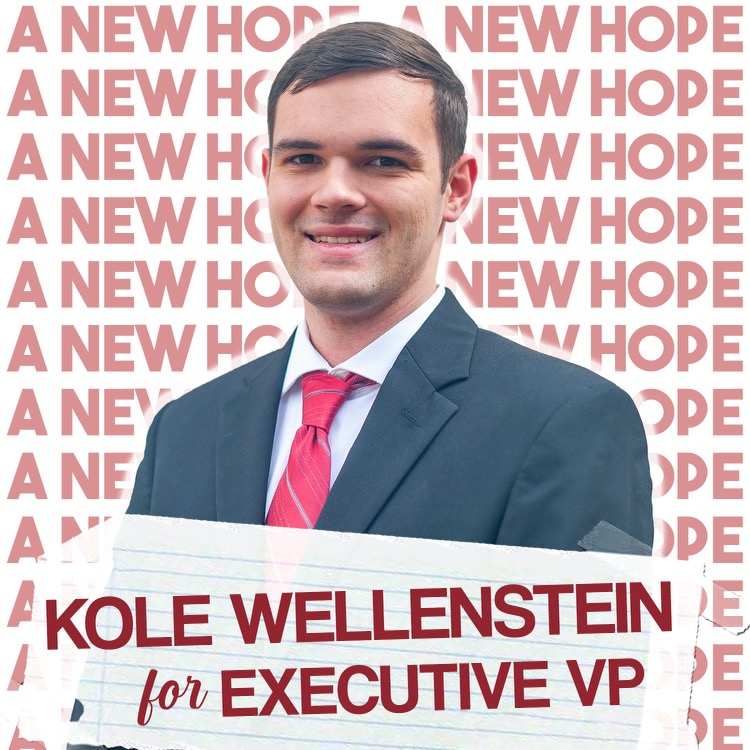 “I’ve been involved in Associated Students since my first semester at SDSU. So nearly three years now and ever since I went to my first A.S. meeting, a passion for helping other students in making SDSU as a more welcoming environment has been ignited in me. I decided to run for executive vice president because I realized there’s more that should be done to connect and build a bridge between these communities and go even further than the average platform. Although for me, A.S. has been my home since day one I recognize that other individuals see their communities in that same light. So, recognizing the disconnect between these communities to bring them together and create a shared experience among them is my goal.”

“I’m the most qualified for this position due my experience representing communities both inside and outside of Associated Students, including serving as the representative for the Aztec Student Union board or ASUB, the commission for recreation and wellness, boards such as the Inner Fraternity Council and working part time for mental health organizations. These positions have given me the opportunity to gain experience creating and executing events and foster existing relationships with staff and faculty from departments such as counseling and psychological Services that will be crucial to building communities in expanding mental health resources. I have had experience stepping into spaces to represent the student voice in areas that traditionally had none. I’ve worked with Erin Brown on the Alcohol and Other Drug Task Force representing the interfraternity council and the Aztec Student Union Board. I also had experience stepping into design meetings with McCarthy and Smith group, regarding the ARC expansion and being the only student in the room. Giving me the necessary experience the further advocate for the student voice for projects such as the Mission Valley expansion.”

“Something I would like to change about SDSU is that sometimes it really feels as if the student voice isn’t heard or it doesn’t hold weight. We’ve seen this in meetings with the university senate when it comes down to decisions like spring break, where we had nearly 400 students show up to that meeting and in an attempt to voice our opinion, it felt as if we didn’t have the space to do so. Public comment was extremely limited, they ended up disabling the chat box at some point.”

“I want to ensure that when we have 400 students showing up to a senate meeting, or we have 1,600 students signing a petition, that those voices hold weight to administration. Especially, when it comes to our mental health. So as your executive vice president, I will act as the liaison between all students and administration by ensuring that administration stays true to its value of shared governance. Not only is the student voice heard but that holds weight in all meetings with administration and in regards to projects such as the Mission Valley expansion, the ARC expansion, and different projects like that.”

Can you name something you like and something you dislike about A.S.?
“Something that I really love about A.S. is that there’s so many different opportunities to get involved. You can join green love and promote sustainability, social justice, and environmental justice. Or you can join the external relations board and advocate on the state and federal level for different legislation that would affect our students here on campus. So making sure that we’re able to basically publicize everything that we’re doing an A.S. and make it more accessible. I think one thing that I really enjoyed, although this pandemic has been really difficult for us and has post a lot of challenges and hardship for students. Moving to the online platform, although it builds some barriers, in terms of forming social connections. It’s really made A.S. more accessible to more students. We’ve had a commuter student who traditionally wouldn’t be on campus on a Tuesday, and don’t have the opportunity to drive to campus, one day, for just a one-hour meeting. (They) can now hop on zoom from home and join the meeting and make sure that their voice is heard.”

“So my top priority is to ensure that the mental health of students come first and that not only is it an ongoing conversation, that it is a year-long conversation but making sure that it’s inclusive.  So reaching out to the different identity centers, cultural centers, R.S.O. and all the different communities that we have here at SDSU, have a voice and a say in basically how we create these Mental Health Resources. Additionally, there’s a need for connection, social interaction, and community building, a primary goal of mine will be focusing on states transition back to in person activities. There is a level to building communities, that really helps to have that social interaction, in person connection. Then I also want to create a more holistic homecoming, by connecting with the various cultural and identity centers to make sure that they’re involved. Basically to pull in as many communities as possible together to amplify SDSU Pride through bringing these various campus communities and uniting them as one.”