Editorial: Hate has no place here 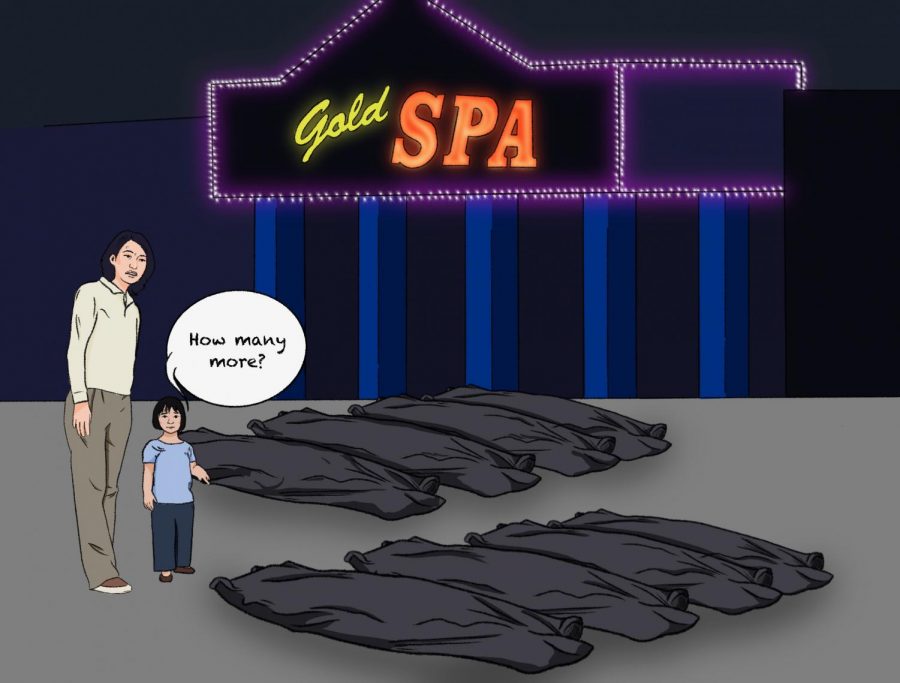 The continued violence against the APIDA community has many people asking when actual change will come.

The sad truth is San Diego State is no stranger to hate-motivated acts.

Almost a year ago, AB Samahan, the Filipinx and Filipinx-American Cultural Organization at SDSU, was the target of a racist zoom bombing.

Unfortunately, these incidents are among countless others being added to a long list of hate-motivated violence not only at SDSU but across the nation.

They don’t even begin to cover the microaggressions many students of color and LGBTQ+ students face academically, professionally or in their regular everyday lives.

This editorial board grieves with the families and friends of the six Asian American women, two other victims murdered and those injured in Atlanta. We are heartbroken but sadly, not surprised. The Colorado shooting followed this one not even a week after this shooting.

What does this say about our country? Are Americans really being forced to battle both a pandemic and the return of mass shootings at the same time?

First, a whole pandemic is scapegoated onto Chinese people and in turn all Asian individuals because to some — what’s the difference?

Then, each headline every week recounts a different act of violence against another Asian-American.

Hate crimes like these have happened since America’s beginnings, from putting Japanese-Americans into internment camps to the violence we see today.

Some major publications are attempting to diminish this crime by writing headlines clarifying how the murderer’s motivations were actually based in sexism and not racism.

Does that make gunning down innocent citizens any less horrific and heart-wrenching?

Distinguishing the two erases the intersectionality of minority women, who are targeted because of both sexism and racism, not just one or the other.

The murderer, who does not deserve to be named, claimed he acted to prevent his sexual deviancy. That somehow these Asian women were tempting him sexually by trying to make an honest living at a spa.

For Asian American women, sexism and racism have always been linked. The fetishization of Asian women has always led to people easily dehumanizing them without a second thought.

Our editorial board at The Daily Aztec recognizes how, even currently, Asian American voices are still a minority on our current staff. We currently have only two Asian American editors and that shouldn’t be the norm.

The majority of newsrooms still have a far way to go to be as representative as the diverse country we live in.

We grieve with a nation too often faced with racially and homophobic motivated tragedies such as the Atlanta shooting and the shooting at Pulse nightclub in 2016, which primarily targeted LGBTQ+ people of color. We shake in anger with the millions of people whose lives are forever-changed by gun-violence. We also stand with those saying enough is enough and join their cries for real, long-lasting change.

Fighting for justice is a human fight. It means fighting for people of all intersectionalities, including LGBTQ+ people, women, those with disabilities and people of color.

Lives were tragically lost and we need to find a way to move forward. We live in an “us versus them” culture and trying to compare social movements and participating in “oppression Olympics” is not the route to take. We can advocate to stop Asian violence without comparing it to the Black Lives Matter movement or further dividing different communities.

Contributing to the great divide in this country during this time creates more problems.

You may be wondering how you can make a difference in your everyday life.

Educate yourself on the erasure of past hate crimes and reevaluate your own biases which we all have.

To that end, here are resources and action items to get involved at SDSU and beyond:

Attend one of the APIDA Resource Center’s upcoming programs.

Donate to the APIDA Resource Center in support of its initiatives and provide basic needs support for students.

Time and time again, we are finding ourselves repeating the phrase “hate has no place here,” it’s time we actually mean it and follow through.

We at The Daily Aztec will continue to amplify the voices and stories of Asian Americans in order to do our part in making a difference.