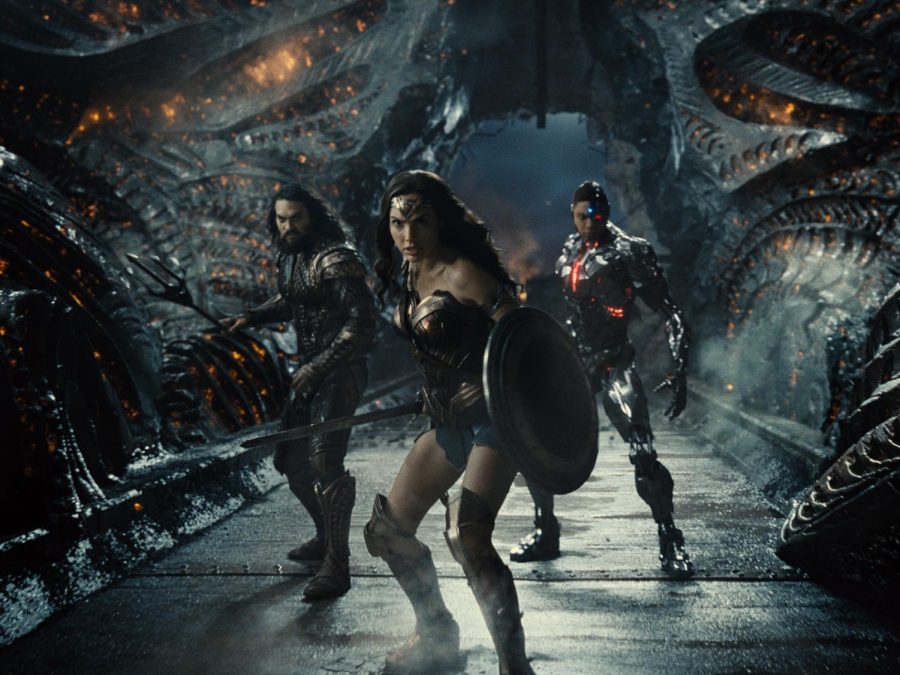 The director of “Watchmen” and the first two movies of DC comics’ live-action movie universe, Zack Snyder, released his unaltered vision of the movie “Justice League” four years after its theatrical release.

After the tragic suicide of his daughter during the production of the film, Warner Bros. Studios replaced Snyder at the helm with Joss Whedon, director of Avengers, to finish the film for its then slated arrival. As the original was a clear Frankenstein’s monster of the two directors’ ideas, the movie performed terribly at the box office and fans took to social media to express their dissatisfaction with how their heroes’ live-action debuts were treated. The hashtag #ReleaseTheSnyderCut was trending on Twitter multiple times with support from the actors of the film and the studio responded after three years with an announcement of the movie slated for a March 18 release on HBO Max.

The film has a runtime of about four hours and is divided into eight parts, reportedly using only footage that Snyder shot himself and none of Whedon’s reshoots.

“Zack Snyder’s Justice League” is a film that was made for fans, but also provided scenes integral to a more palatable and epic plot for the average viewer. Most elements that worked from the first release were brought up in scale to make for better action, but the film contains minor pacing issues and awkward character moments that feel like an effect of minimal or poor judgment in editing.

In comparison to the original, the Flash and Cyborg received much-needed introductions and had many more moments to showcase their abilities and characterizations that were neglected in the theatrical release.

Ray Fisher as Cyborg was a major part of why the movie worked this time as he gives the audience a reason to feel for our heroes. He is portrayed as the only league member to have had a mostly normal life as a tech-savvy college football quarterback, and circumstances drop a world of responsibility and trauma on his metal shoulders. In addition, the extent of his power is established in an engaging way while also displaying his admirable compassion for others.

Ezra Miller as the Flash was also given an introduction that shared more about the character than we originally received. A scene introduced a Barry Allen that is so much faster than the average person that he consequently comes off as socially inept. This creates some comedic interaction between citizens but when faced with his love interest, Iris West played by Kiersey Clemons, his actions and use of his abilities come off as a creepy breach of personal space instead of the intended act of affection.

However, other scenes featuring the Flash peppered throughout the movie were testaments to Snyder’s ability to create unique and visually stunning effects that belong on the big screen. Super speed has been displayed in live-action movies twice before, but he was able to present it in an epic way that sets the Flash apart.

The alternate use of effects by Snyder made for a much better presentation of the conflicts’ weight. Gal Gadot’s Wonder Woman received much better treatment as less emphasis was placed on her bitterness from the loss of a man and more on her as a badass Greek warrior. Ben Affleck’s Batman was less of a tired old man for comedic relief and more like the gadget-using enforcer that we began to appreciate. The main villain, Steppenwolf, felt less like a groveling side boss who is in over his head and more like the precursor for the end of days. The recurring appearance of Darkseid and nightmarish possibilities created excitement that the original could barely hint at. Lastly, we get a league in which every member has a part in taking down the villain as opposed to the overindulgence of a single character’s power.

By contrast, the film overindulges in harmonizing soundtracks that set the tone for a Greek tragedy. The score works perfectly for scenes in Themyscira, but when it bleeds into scenes of Jason Mamoa’s Aquaman and the Flash it feels out of place. Random Icelandic townswomen sing Aquaman off as he swims away from Batman and it is abrupt to the point that the serious tones are more believably chuckled at than anything else. The Flash races off to save people from a car wreck and it sounds like the movie fast-forwarded to their funerals.

The “Snyder Cut” has many considerable triumphs over its theatrical counterpart that make it a film worth watching for any superhero fan; but it also suffers from the long run-time, awkward editing and unnecessary bits that take away from the experience.

Snyder’s “Justice League” deserves a 7/10 for its thrilling action and engaging story that missteps a few times, but delivers on everything it promised.