Review: Benny the Butcher and Harry Fraud deliver their best on “The Plugs I Met II” 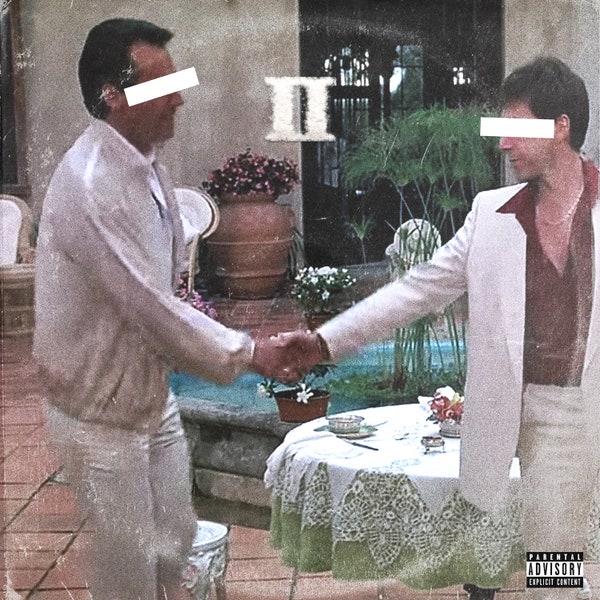 The cover art for Benny The Butcher's latest studio album, "The Plugs I Met II"

The corner of Genesee Street and Montana Avenue in Buffalo, New York is no tourist attraction. A rugged patch of concrete down the street from a Lutheran Church and a food distribution center has morphed into one of the most daunting corners discussed over a beat. This is because it was, and still is Benny the Butcher’s territory.

Benny put in serious work on this corner, and he is not gonna let anybody forget. From hand-to-hand drug deals to shootouts, Montana Avenue remains Benny’s domain.

He has since left the corner and now inhabits a studio booth instead. His approach to the streets and the beats is defined by one thing: Domination. While on the streets, Benny did this through his knack for finding a plug. Musically, Benny lets his producers act as his plugs. The beats act as the uncut product, while Benny’s lyrics are the fork that he mixes the product with.

Last October, Benny used this formula to create magic with Hit-Boy on “Burden of Proof,” his second commercial album. With his new extended play “The Plugs I Met II”, Benny the Butcher teams up with Harry Fraud and brings back this formula to deliver a musical return to the corner that created The Butcher.

Benny and Harry have obvious chemistry. Harry bolsters Benny’s passionate verses with an assortment of dynamic, sample-heavy beats. Fraud creates a variety of moods as well, ranging from aggressive to ruminative to celebrative.

The first track, titled “When Tony Met Sosa” features a beautiful, vibrant saxophone sample. Benny’s appearance in this song reflects on his ascent to rap stardom and how it was a long road. Making statements like “Been a young legend, I caught flashes in ‘06.”

The next track is “Overall,” which includes a perfectly fit posthumous feature from Queens rapper Chinx that Harry pulled out of his vault. “Overall” is a braggadocious banger with Benny rapping as if he just had a smooth meeting with his plug. He fills the song with witty bars like “Who went from whippin’ soft Os to late night talk shows? (Me) / Y’all gettin’ frail, I gеt the mail in Dior robes. /” Later, he dubs himself the hood Bill Gates and “Mister Extra-Twelve-Grams-On-Every-Twenty-Eight.”

On “Live By It,” Benny raps over a sinister beat featuring a relentless piano and even more relentless lyrics. Benny’s flow is as effortless as his misdeeds on the track. He raps about giving guns to children, using women to score robbery information, and disguising himself as a delivery man in order to rob someone.

As he finishes the second verse, Benny switches up his flow to close out the ruthless track, rapping “Leave your head swollen with what I’m holdin’ (Uh) / This one on me way from Texas, reported stolen. / Go and get a gun and start buyin’ some jewelry. / If you too shook to cope, then just hire security, ah.”

“Plug Talk” and “Talkin’ Back” both feature atmospheric samples that set the tone for each track. The former makes use of Yoshiko Sai’s 1977 song “Taiji No Yume” and includes Benny and 2 Chainz rapping about their former hustling days. The latter mentioned features Fat Joe, backed instrumentally with an infectious flute and some hard-hitting drums.

The next track, “No Instructions” has Benny in peak form once again, gracefully flowing over an ominous beat. His lyrics detail his street life, something Benny approached with tenacity. Some insights about his time on Montana Avenue can be heard, like “My hood make your block look like the Virgin Islands.” His sins on Montana Ave. detail a man who serves a half a brick “with kindness.”

Benny enlists the help of French Montana and Jim Jones for the seventh track, “Longevity.” The lyrical content sees all three going in about the importance of understanding life as a marathon, not a sprint. The chorus is the best example of this, with lyrics like “Longevity, grind, make sure your cash the strongest. / But it’s still ’bout who lasts the longest, this real s–t.”

The EP closes out with “Survivor’s Remorse” followed by “Thanksgiving,” two standout tracks. “Survivor’s Remorse” sees Benny weighing his past and the regret he carries with him. He bears his soul, describing how he had to grow up fast and could have easily lost his freedom for the decisions he made over on Montana and Genesee.

On “Thanksgiving,” Benny makes it clear who he is and requests some flowers for it, “I’m one of them hustlers you gotta tell thank you.” The Butcher also gives a shoutout to that harsh corner that raised him, “That was us on that corner, Montana and Genesee. / When n—- couldn’t sell it theyself, they was hittin’ me.”

Benny also gives listeners an inside view of the robbery attempt on him back in November. Being forced to go to therapy for it, needing to relearn how to walk. But now being back and cockier than ever.