A complaint submitted to the committee alleges A.S. President-elect Ashley Tejada pressured candidate Bella Martelino to withdraw from the election. 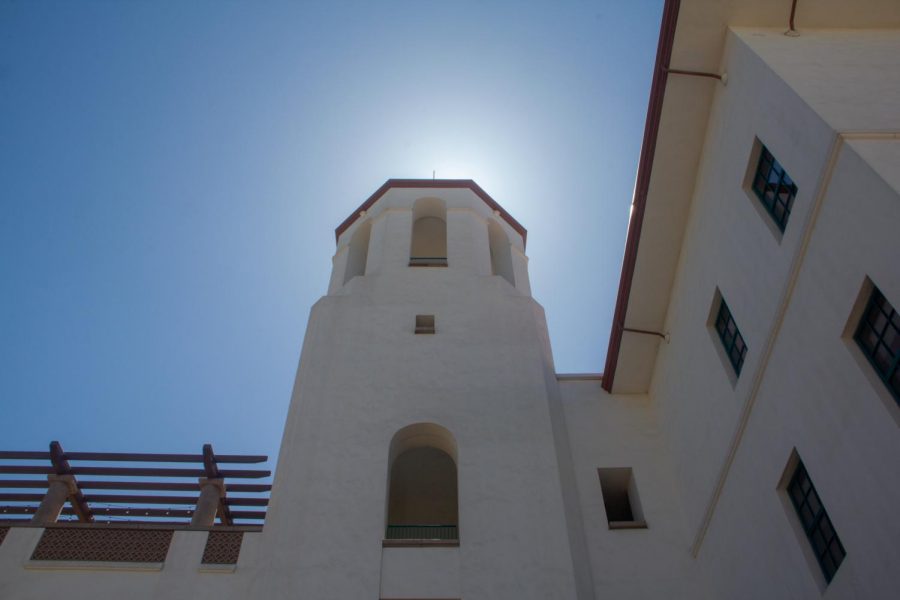 by Catlan Nguyen and Brenden Tuccinardi

Associated Students President-elect Ashley Tejada and her slate, SDSU Now, were accused of blackmailing A New Hope presidential candidate Bella Martelino and her slate in order to secure victory in last week’s A.S. Elections on March 29, according to a complaint filed in the A.S. Elections Committee on Monday morning.

Elections Committee member Guan Liu, who filed the complaint, alleges Tejada and SDSU Now violated A.S. Elections Code 4.08P2C stating “such campaigning shall not be abusive, libelous/slanderous, or in any other way deleterious to competitors, competitors campaign members, or any other person or organization.”

The Elections Committee moved to table Liu’s complaint regarding SDSU Now’s alleged violation of Section 4.08P2C to Thursday, April 1, where additional complaints are all but assured to be discussed.

According to documents submitted to the committee, Meisner’s complaint alleges Martelino and A New Hope gifted racks of beer to multiple fraternities on Sunday, March 22. Martelino did admit to distributing the cases of beer, though maintained she did so in a personal capacity, not on behalf of the A New Hope slate.

Over the remainder of that day, the next day and Wednesday, March 24, Martelino and Tejada came to several agreements that resulted in Martelino’s eventual withdrawal from the race only after Tejada relayed a threat from Interfraternity Council President Lee Abed to bring the potentially negative story regarding the beer complaint to The Daily Aztec, the evidence submitted with the complaint shows.

According to documents submitted to the Elections Committee, Tejada told Martelino that Abed had already “made an appointment” with someone at The DA to talk about the allegations of gifting beer to the fraternity.

Four editors at The Daily Aztec can confirm neither Tejada nor anyone else on the SDSU Now slate approached The Daily Aztec with information about this formal complaint. However, Abed did reach out to an editor at 1:48 a.m. Wednesday, March 24 requesting a meeting at 11 a.m., but never confirmed a time or what the meeting was about. When the editor followed up at 9:38 a.m., Abed requested the unconfirmed meeting be moved to 2 p.m. He later messaged back, “Actually all got figured out…” at 3:57 p.m.

The Initial Complaint and First Agreement

On March 22, Meisner filed an official complaint with the A.S. Elections Committee alleging Bella Martelino and A New Hope violated the elections code by delivering cases of beer to “various fraternity houses in the SDSU area.”

An unnamed individual who received the cases of beer then messaged in his fraternity’s GroupMe that the slate had gifted the beers.

On Wednesday, March 24 at 1:33 a.m., IFC President Lee Abed (who heavily endorsed Tejada and SDSU Now candidates) responded to a call from a member of A New Hope, according to call logs submitted to the Elections Committee.

According to notes taken during the call submitted to the Elections Committee, Abed pressured a member of A New Hope and Martelino, saying that if Martelino involved the unnamed individual, “her shit would be over.”

Martelino reached out to SDSU Now presidential candidate Ashley Tejada later that morning right before 8 a.m. in an effort to address the complaint and call logs presented at the meeting confirmed this.

Tejada and Martelino came to an initial agreement that Meisner would drop the complaint if Martelino withdrew from the race by the end of voting on March 25, at 7 p.m., Martelino said, and call logs confirm.

At 8 a.m. on Wednesday, March 24, the Elections Committee met to discuss the beer complaint along with anonymous complaints filed against two SDSU Now candidates.

During the Elections Committee meeting, it appeared like the complaints filed against the two SDSU Now candidates would result in more serious consequences. The two candidates were alleged to have violated the ban on in-person campaigning by wearing and distributing t-shirts within a mile of SDSU.

Call logs show Tejada reached out to Martelino and notes from the call submitted to the committee show that Tejada asked that Martelino step down earlier in order to preserve SDSU Now candidates’ chances of winning.

“At the same time, it’s the fact that of like because of how serious it is getting for them reprimand wise because of the direction this meeting is going… They’re nervous like they’re gonna want to make sure they preserve as much winning as possible now that they have 3
reprimands each potentially,” Tejada said to Martelino, according to notes from the calls submitted to the committee. (The quote appears as it was submitted to the committee. No changes have been made to correct the spelling or grammar.)

The two SDSU Now candidates were given two reprimands each and are required to publicly apologize, though the Elections Committee had contemplated giving up to three reprimands to each.

The Elections Committee decides how many reprimands to give to a candidate who violates A.S. Elections Code and if a candidate gets three or more, they can be disqualified at the committee’s discretion.

Martelino agreed to Tejada’s terms in an effort to insulate the rest of her slate from the fallout and protect the fraternities from a potential investigation into underage drinking by the university, Martelino said.

“Upon receiving the complaint, the main thing for our team was the severity of it,” Martelino said. “That was a really large concern, particularly the magnitude of attention this claim could have and could bring to the university in regards to a possible investigation.”

In a separate call later in the Elections Committee meeting, Tejada told Martelino that she would have to withdraw by 2 p.m. that day or else IFC President Lee Abed would go to The Daily Aztec with information about the beer complaint.

In the Elections Committee meeting on Monday, Tejada alleged Martelino was attempting to frame her. Tejada presented a screenshot of a message Tejada sent Martelino that suggest Martelino approached her with the intention to withdraw.

Tejada also claimed that the original complaint filed by Meisner regarding the beer was true, though earlier Martelino claimed it was false and that she distributed the beers in a personal capacity, not on behalf of her slate. Tejada presented screenshots of messages in which it appears Martelino offers to meet with fraternities and bring them gifts.

This evidence was not submitted along with Meisner’s withdrawn complaint, only a screenshot of the message from the unnamed individual in which he presents the cases of beer as gifts from A New Hope.

The Elections Committee meets again on Thursday. Committee members will discuss Liu’s initial complaint as well as any others brought forth to the committee. From there the committee will decide whether or not to reprimand the candidates. This is an unprecedented situation, so there is no saying how this could impact the results of the election.

Editor’s Note: This article was updated on March 30 at 3:05 p.m. to clarify language regarding Lee Abed’s call with a member of A New Hope as well as new information and evidence about Abed’s claim he had a meeting with The Daily Aztec. Information regarding Bella Martelino’s admission of distributing beer as a campaign tool was also added as well as more information about the evidence Ashley Tejada presented to the A.S. Elections Committee on Monday, March 29.