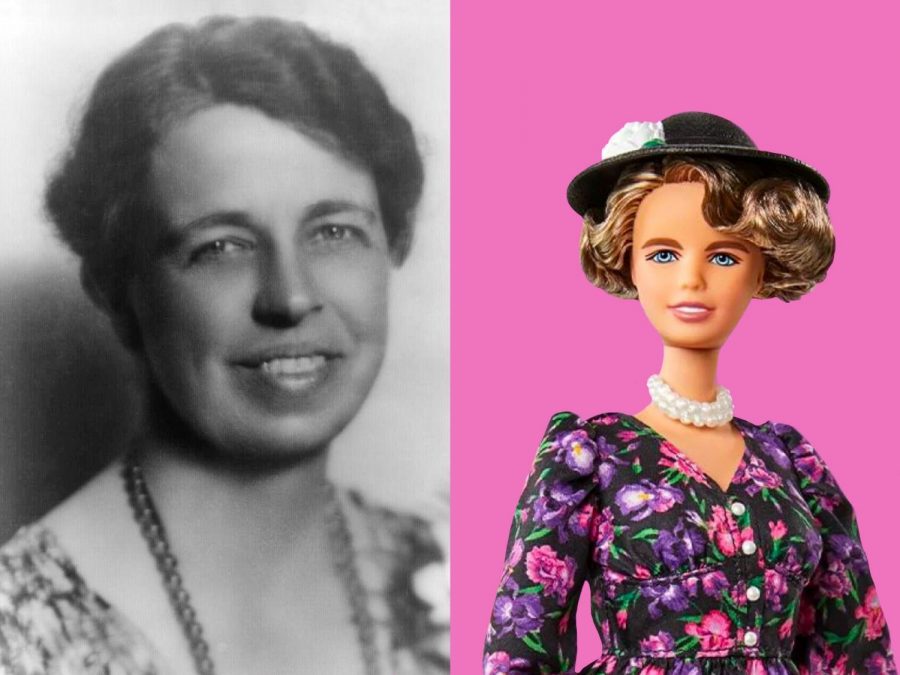 In addition to being the longest-serving First Lady, Roosevelt was often celebrated for her humanitarian efforts. Becoming the United Nations’ American spokesperson following her husband President Franklin Delano Roosevelt’s death in 1945 and continuing to work until her own death in 1962 at age 78, she has been widely known as “First Lady of the World” for her civil and economic rights advocacy.

Dressed in a floral print dress, a pearl necklace and a black hat, the doll is a beautiful nod to the entire essence of Roosevelt, notably during the era in which she worked tirelessly on behalf of her country.

“We are delighted to welcome former First Lady Eleanor Roosevelt to the Barbie Inspiring Women series and to shine a light on how her perseverance as a champion of policies around civil and economic rights made an impact on the world,” Lisa McKnight, senior vice president and global head of Barbie and Dolls at Mattel, told People Magazine.

“As the number one global toy property, we believe in the importance of highlighting past and modern-day role models, like Eleanor Roosevelt, to inspire the next generation of changemakers to dream bigger than ever.”

Currently, the collection features Amelia Earhart, the first female aviator to fly across the Atlantic Ocean, Frida Kahlo, an artist who gained recognition for her unique style and became a celebrated artist, activist and symbol of strength, and Katherine Johnson, a pioneer in mathematics who broke through barriers of race and gender and joined a pool of women hired by NASA to work as “human computers” to calculate the trajectory of the first American-led flight into space.

Also in honor of this year’s International Women’s Day, Barbie also announced the launch of its virtual “You Can Be Anything” series, which prompts young fans to connect with role models like actress Yara Shahidi and fashion model and activist Adwoa Aboah to gain inspiration from as they continue to press forward in making history.

Each of these historical dolls will come with educational information about the contributions each woman has made to society and their respective fields.

You can find more about the Barbie “Inspiring Women” collection at Barbie.com/rolemodels.