I agree with Lizzo, body positivity has become commercialized 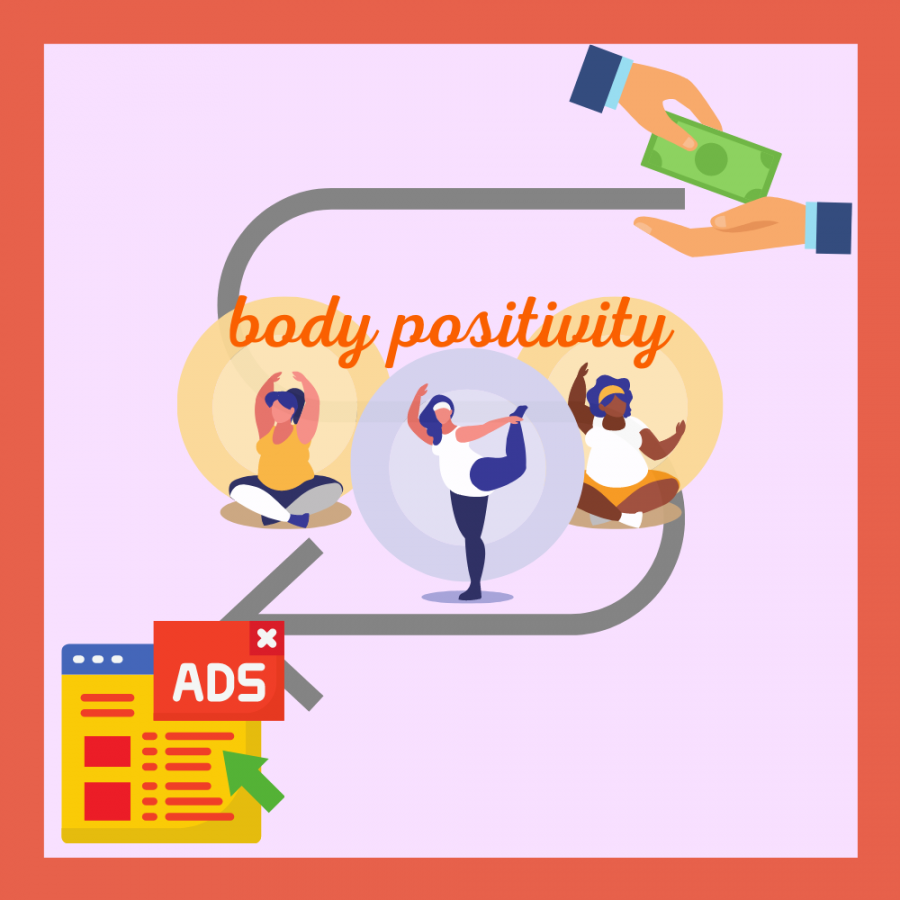 Vogue’s October 2020 cover features none other than Lizzo, who everyone and their mom know at this point.

In addition to the cover and other pictures in the issue captured by Hype Williams, the interview with Lizzo conducted by Claudia Rankine was one that encompassed a number of topics from her rise to fame to the Black Lives Matter Movement and what it meant to be a Black woman in America, and a number of things in between.

For the most part, everything Lizzo said in this Vogue interview was drenched with truth and deep reflection which is undoubtedly appreciated by many. However, the topic that struck me was her thoughts on the body positivity movement as she is a face most people think of when body positivity is mentioned in this day and age.

“It’s commercialized,” Lizzo says. “Now, you look at the hashtag ‘body positive,’ and you see smaller-framed girls, curvier girls. Lotta white girls. And I feel no ways about that because inclusivity is what my message is always about. I’m glad that this conversation is being included in the mainstream narrative. What I don’t like is how the people that this term was created for are not benefiting from it. Girls with back fat, girls with bellies that hang, girls with thighs that aren’t separated, that overlap. Girls with stretch marks. You know, girls who are in the 18-plus club. They need to be benefiting from…the mainstream effect of body positivity now. But with everything that goes mainstream, it gets changed. It gets — you know, it gets made acceptable.”

Body positivity emerged as a political and social movement to challenge society’s standards and prejudices about bodies. Its origins are intertwined with fat-acceptance protests in the 1960s — to combat discrimination against fat people and celebrate plus-size bodies. They burned photos of models like Twiggy and books on diets, consequently organizing lectures and seminars in schools.

From the 1960s up until now, the movement has evolved into its own respective economy, with Instagram posts displaying glittery stretch marks or highlighted curves in apparel advertisements, capturing media attention like never before.

It seems like the movement was always aimed for everyone to feel comfortable within their own skin and to perpetuate that narrative from the very beginning. However, with social media, the wrong things can be emphasized and twisted, and in this case, the movement has become something it was never meant to be.

As of lately – specifically the last few years – the mainstream representation of plus-sized individuals at the center of attention in entertainment and across social media has increased. Even with the recent rise of the body positivity movement resulting in different body types on the front pages of fashion sites and covers of major magazines, consumers are getting the wrong idea.

There are some people who see those with such defined curves represented and want to do everything they can to look like them. It evokes a far too familiar feeling for some, dating back to the early 2000s when Victoria’s Secret models were mostly, if not all, tall, light and thin, and set the standard for what was considered beautiful. Those who did not fit that demographic wanted to do all they could to achieve that particular size to feel in order to feel the slightest ounce of beauty.

In a Hypebae article, “When will mainstream media finally embrace body diversity?”, Collete Grimes explored this question based on her own experiences being a plus-sized Black woman and dealing with an eating disorder in efforts to become thin like the models she saw widely represented.

“Thanks to early 21st century media, there were virtually no positive representations of fat Black women on screen. Victoria’s Secret models set the standard for what was considered beautiful in the early aughts, and I readily took that message to heart,” Grimes writes.

“To be my size was to be the “before” picture, a problem to be solved, an obstacle in need of overcoming and the precursor to living a happy life. The message sunk in deep. It became clear to me that if I were to have a successful life filled with joy, and capture that elusive feeling of happiness and true satisfaction, shrinking my size 12 body was the path there.”

Many people are unaware that a healthy relationship with food isn’t always the underlying factor that contributes to an individual’s size. The general public will automatically think a model’s size – regardless of their size – is linked to the amount of food they consume, which isn’t always true or fair to assume. In a lot of cases, food does play a role, but often, it’s not the main factor. Weight issues can be traced to something hereditary. Other times, it could even be a medical condition. It could be a combination of the three and more or none of the above.

It is crucial to remember being body-positive doesn’t mean romanticizing obesity or other health problems nor does movement invite these bodies to accept and remain as they are. Yet at the same time, body positivity pushes society to acknowledge those bodies — all of which are valid.

The term “thick” has been thrown around very casually to describe a woman’s curves, and having an “hourglass”-shaped figure appears to be the current trend for the ideal and most attractive body type. When people who naturally have these features are shown in mainstream media – and shown loving those parts of themselves, especially when it hasn’t always been this way – it seems like the movement has compelled many women trying to achieve this body type and are unsuccessful when they discover it is specific to some but not others.

This is where people are losing sight of the movement’s purpose.

The number of people who want to be bigger or have more pronounced curves solely due to the rising popularity of plus-sized individuals openly expressing self-love has become romanticized and it is appalling beyond comprehension.

For centuries, there has been a deep-rooted issue in a society where people will unapologetically and actively partake in fatphobia or truly believe being fat is something gruesomely awful, especially when it comes to women of color.

With this new obsession to suddenly want to become “thick”, have “hourglass figures” or just put on more weight after seeing people like Lizzo flaunt her size, skin and lifestyle on social media – just because she’s comfortable in the way she looks – is not what the movement is all about or why she does this on social media.

She’s doing so publicly to empower others to love and cherish their own body types and proclaiming it is possible to do so, regardless of who they are or what they look like.

As body positivity became more popular, women of color, women with disabilities and trans women were pushed out of the spotlight by a more traditional beauty ideal: white women, only this time, with “hourglass” figures – often no bigger than a size 16 – were described as radical role models.

When Lizzo said that the message of the movement would get changed to become more acceptable, this is what she meant. White women already come with the privilege to be front and center so when their body is unconventional and they are able to represent a certain demographic that encompasses women of all shades and colors, guess who is the radical role model?

I guess what I am trying to say to sum this whole thing up are a couple of things:

First, under no circumstance should women be considered radical role models for having curves. This is one of the most normal and most natural parts of the way a body is set up. I understand the concept of representation for those who share the same body type but to label someone a role model and to admire them solely for their curves is weird to me.

Second, white women are not the only ones with “hourglass” figures and anyone would be able to attest to this. Women of color with untraditional body types deserve to get just as much widespread attention as their white counterparts.

If inclusivity and progressiveness are truly factors that significantly contribute to the body positivity movement, the need for diversity is high. Yes, there have been women of color with unconventional body types who have amounted to great success and been at the forefront of representation, but I want to see more.

Stop commercializing movements and instead, hold them accountable for their true intentions. Don’t twist them around to fit your liking and, seriously, stop romanticizing them.

If the movement wasn’t meant to be as inclusive as you want it to be, that’s okay. If you don’t like it the way it is or want to change it, that’s okay too. You have the power to change the trajectory of what body positivity means to you and start your own movement. No one is stopping you.

However, I certainly will if you don’t, stream and follow Lizzo on all social media platforms while you’re at it – and that’s a promise!

Trinity Bland is a junior studying television, film and media and Spanish. Follow her on Twitter @trinityaliciaa.