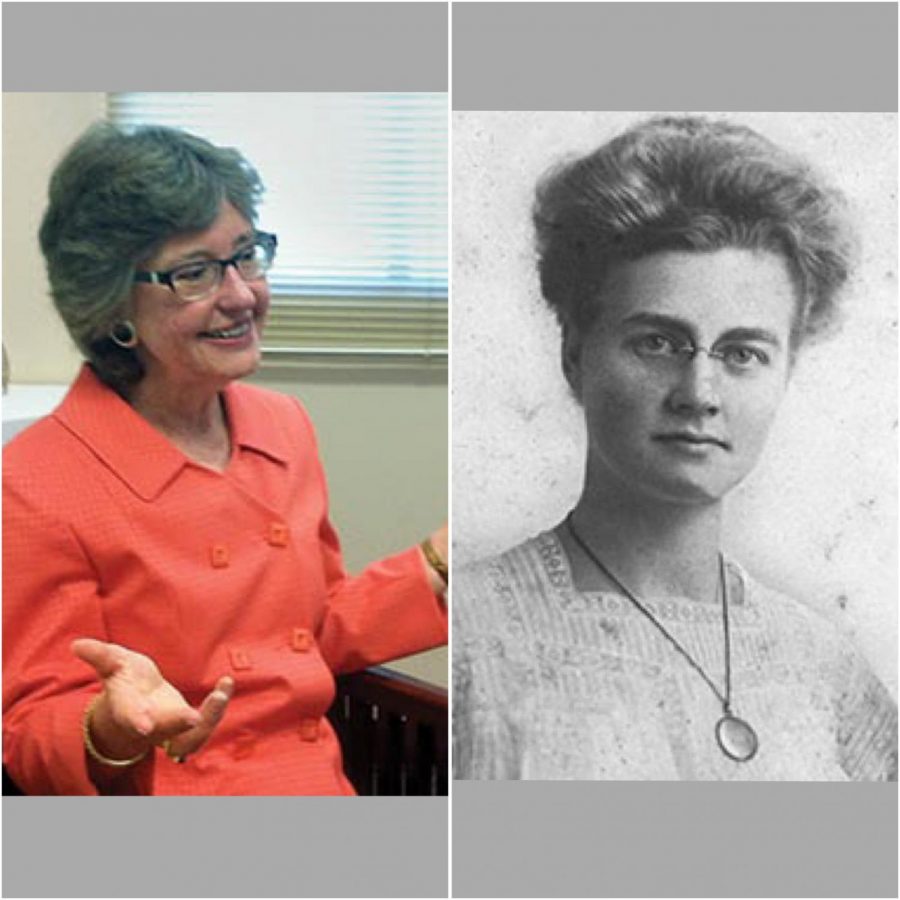 March is Women’s History Month – an annual celebration of the achievements of women and their role in U.S. history. In its early years as the San Diego Normal School, women formed the majority of the student population. Since then, many of them have played a crucial role in San Diego State’s history and evolution. To celebrate Women’s History Month, here are two women who have helped shape SDSU into what it is today.

Vesta C. Muehleisen was born on August 7, 1889, in Tabor, Iowa to parents Henry E. Gates and Nettie Fox. She moved to San Diego in 1891 and trained to be an elementary school teacher at San Diego State which at the time was known as San Diego Normal School.

In 1907, Muehleisen earned her undergraduate degree at San Diego Normal School. Muehleisen was a part of the school’s eighth graduating class and remained active within her alma mater in ways that resonate with students and alumni today

In 1927, San Diego State Teachers College’s second president, Edward L. Hardy, appointed Muehleisen to the citizens advisory council formed to assist in finding a suitable site to move the institution. Two previous site selections had fallen through and the issue was becoming urgent. Muehleisen suggested moving the campus to a remote, undeveloped site east of San Diego. In May 1931, she attended the dedication ceremony for the new campus location.

That same year, she founded the SDSU Alumni Association and became its first president.

Decades later, the SDSU Alumni Association is still alive and running. The mission of the alumni association is to create meaningful and beneficial relations between all Aztecs and the university.

Together the two collaborated to turn SDSU into a global campus by increasing partnerships with universities outside the U.S. and encouraging students to study abroad.

Marlin had a target goal of 30% of students studying abroad. At the time this goal seemed unattainable but today SDSU remains one of the top schools for international experiences.

According to the SDSU International Affairs team, 2,940 students studied abroad in the 2019-2020 academic year, ranking SDSU at seventh nationwide for study abroad programs.

Marlin stepped down from her role as SDSU’s provost to return to the faculty in 2013 after serving 15 years but her hard work did not go unnoticed.

In 2013, Mary Ruth Carleton, vice president for university relations and development, nominated Marlin for San Diego Business Journal’s “Women Who Mean Business Awards.” Out of 160 candidates, 30 women were chosen to receive the award, including Marlin.

“This is a recognition that goes to the university as a whole. Everything I do is because of the fabulous people here at SDSU,” Marlin said at the time of her nomination. “I don’t do this job by myself. It takes faculty, administrators and staff. Our success is really the work of everybody.”

Marlin’s tireless commitment to SDSU’s students left a huge impact on the campus. Although she was the first female provost of SDSU, she hopes she won’t be the last.

“It’s nice to know that the next woman provost here at SDSU won’t have to be the first,” she said. “This is what we’re fighting for — to no longer be the first woman in the room.”