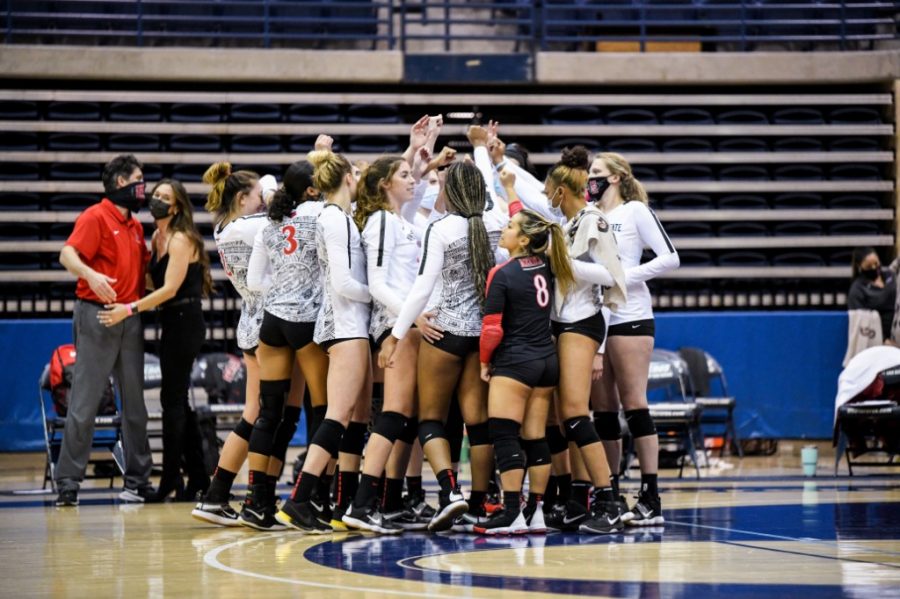 The San Diego State volleyball team breaks it down after defeating Utah State 3-2 at the Jenny Craig Pavilion on the campus of the University of San Diego on March 12, 2021.

According to a news release, the match was canceled due to positive COVID-19 tests within the Air Force’s volleyball program.

The match will not be rescheduled.

The match would have marked the first of SDSU’s last two home games of the season.

The Scarlet and Black currently has a 4-4 record at home. Two of the “home” games were played at Jenny Craig Pavilion at University of San Diego, which were moved from Peterson Gym due to a leak in the roof.

The Aztecs’ next and final match of the season is against Colorado State on Saturday, April 3 at Peterson Gym. The match is scheduled to start at 1 p.m.