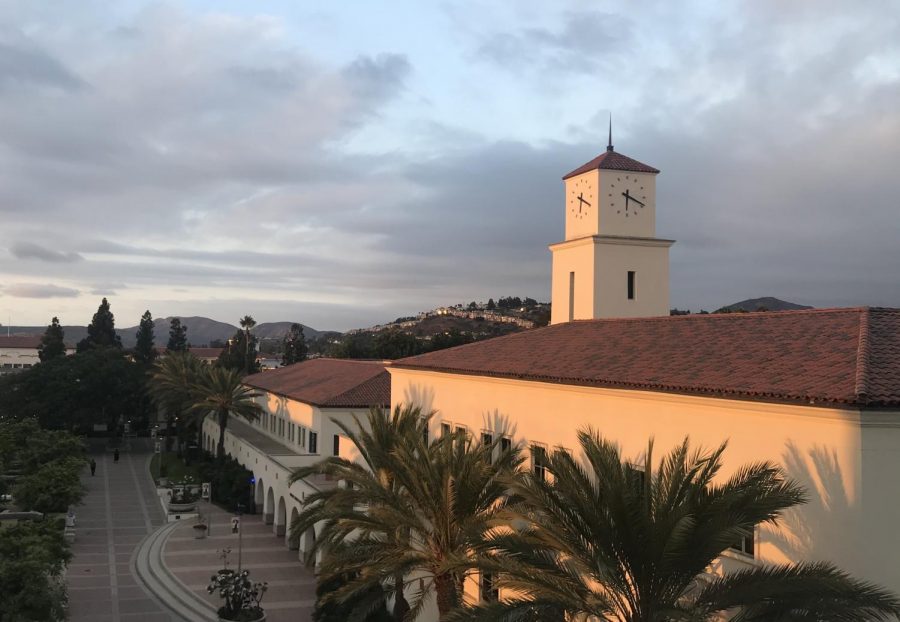 by Catlan Nguyen and Brenden Tuccinardi

The complaint alleging Associated Students President-elect Ashley Tejada and her slate, SDSU Now, blackmailed their opponent was tabled indefinitely at the A.S. Elections Committee meeting on April 1, with many current A.S. leaders decrying the lack of integrity shown by candidates and Elections Committee members.

Current A.S. President Christian Holt even went as far as to characterize it as a “witch hunt.”

“I don’t think it’s correct for Elections Committee Member Guan to have went on a witch hunt saying that somebody blackmailed someone on false evidence and then backtracking on another meeting when there is no evidence of this occurring,” A.S. President Christian Holt said.

Jeff Carter, a corporate lawyer for A.S., advised the Elections Committee to throw out any notes or transcripts taken during phone calls between presidential candidate Bella Martelino and Tejada since both parties didn’t consent to their conversation being recorded and such evidence would be considered illegally obtained. Any notes taken during the call would be considered hearsay, Carter said.

Additionally, in remarks made during the committee’s hearing of public comment, details regarding the timeline of events that led to Martelino’s withdrawal from the election, call into question Martelino’s claim that Tejada blackmailed.

Current A.S. President Christian Holt said Martelino called him prior to reaching out to Tejada and asked him for advice, fearing that the news of her distributing beer to fraternities in exchange for votes would leak.

“Bella did decide she wanted to withdraw before contacting Ashley,” he said.

Defending herself, Tejada said there was no need to blackmail Martelino and A New Hope.

“She came to me asking to withdraw, in exchange for me pulling the reprimand,” Tejada said. “During the time period, she claims I blackmailed her. It should be acknowledged that we (SDSU Now) did have a very large social media presence as well as myself being endorsed by 17 on campus organizations while herself by six. There was no reason for me to ask her to withdraw.”

“To start, I am in no way affiliated with Ashley Tejada’s campaign,” Abed said. “I have supported her for president and her campaign just like many other student leaders have endorsed candidates of their choosing. I had no intention of playing any other role in this election cycle and am disappointed that I am now part of the story.”

Abed said the reason he intervened was to protect a fraternity brother from being pressured into taking the fall for Martelino’s distribution of beer in exchange for votes.

“I never planned on involving myself in this situation,” Abed said. “The only reason I ever stepped into this, is because I had heard that a brother in my fraternity was about to take the blame for something I knew he didn’t do.”

A full copy of Abed’s statement is available here.

Martelino said at the meeting on April 1 that she still believes Abed threatened her in a phone call to a member of her slate and he claimed to have dirt on her.

Three complaints were filed against Elections Committee members by Tejada, Austin Barber and Karina Esteban (all members of SDSU Now). Elections Committee Members Guan Liu, Taylor Fourier and Phoebe Lutz were accused of showing bias during and after Monday’s meeting in which the committee discussed the complaint submitted by Liu.

The Elections Committee meets again on Monday, April 5 and additional complaints will be discussed. Also, the Judicial Affairs Committee meets the same day to certify the results of the election.