Opinion: DACA recipients should have a secure pathway to citizenship now 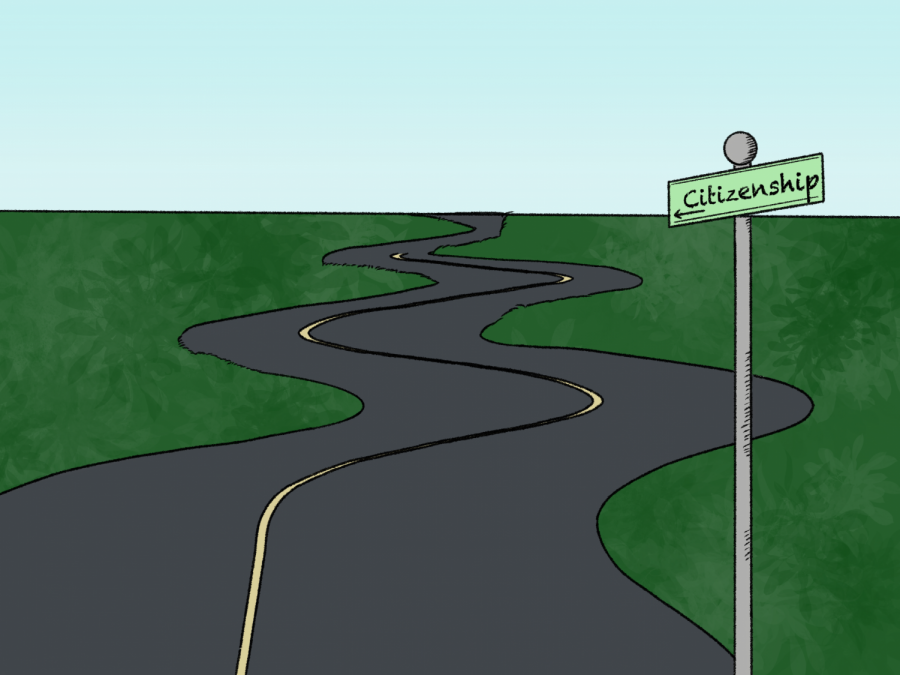 In just the last four years of the Trump administration, 800,000 Deferred Action for Childhood Arrivals (DACA) recipients, also known as “Dreamers,” have lived day-in and day-out in fear, frustration and uncertainty of what their future will look like.. “Dreamers” are young people who were brought to the United States as children and grew up in this country and are protected from deportation under DACA.

But now is the time for DACA recipients to finally have a clear pathway to permanent residency.

The threat for “Dreamers” started in 2016 when Trump would constantly talk about deporting immigrants during his campaigns prior to entering office. Just a couple of months after taking office in 2017, he called on Congress to end DACA. Luckily, in 2020, Congress declined the Trump administration’s request to end DACA calling his actions “arbitrary and capricious.”

Regardless of the notion that the U.S. Congress took to not end DACA, “Dreamers” still lack a clear and structured plan of what their future will look like.

However, President Biden’s administration has given new hope for “Dreamers” to finally have a permanent solution to their legal status and an end to their nightmare.

The U.S. Citizenship Act of 2021 was a bill sent to Congress on President Biden’s first day in office. The first sentence of the press release announcing the bill reads, “President Biden is sending a bill to Congress on day one to restore humanity and American values to our immigration system.” If the truth of this current administration lies in this sentence, then let now be the time for “Dreamers” to finally call themselves citizens of the United States.

Not only do “Dreamers” want this bill to pass but a majority of the American people do as well. According to a Pew Research Center survey, 74% of Americans are in favor of supporting legal status for “Dreamers.” Since the Obama administration, there has been an increase in support for DACA recipients to obtain legal status, where the percentage of approval was around 50%.

Some argue that DACA and the Dream Act will only encourage more illegal immigration to transpire and that “Dreamers” are lawbreakers for crossing the border.

However, the idea that DACA recipients are lawbreakers is false.

As a “Dreamer” myself, I am subject to strict government guidelines that we must follow in order to renew our work permit. We can’t even risk getting a speeding ticket because too many speeding tickets can lead to our DACA getting revoked.

A significant reason why the bill has gained popularity is that “Dreamers” like myself have proven positive results to the American people by being hard workers, essential workers, scholars, teachers, nurses, and overall talented people who contribute to the economy and society as well.

There are many “Dreamers” who are students at SDSU that worked extremely hard to get to where they are.

I am one of them.

SDSU senior and DACA recipient Antonio Marquez said, “I think now it’s a time where the United States has seen our worth with so many DACA recipients on the frontline against COVID-19.”

Dreamer Camacho said, “We work twice as hard to be model citizens but at the end of the day we are just looking for that opportunity to keep going with our dreams that have been put on hold for so long but it is now that we see a glimpse of hope towards having a permanent status.”