In my skin: My experience with racism in TFM program 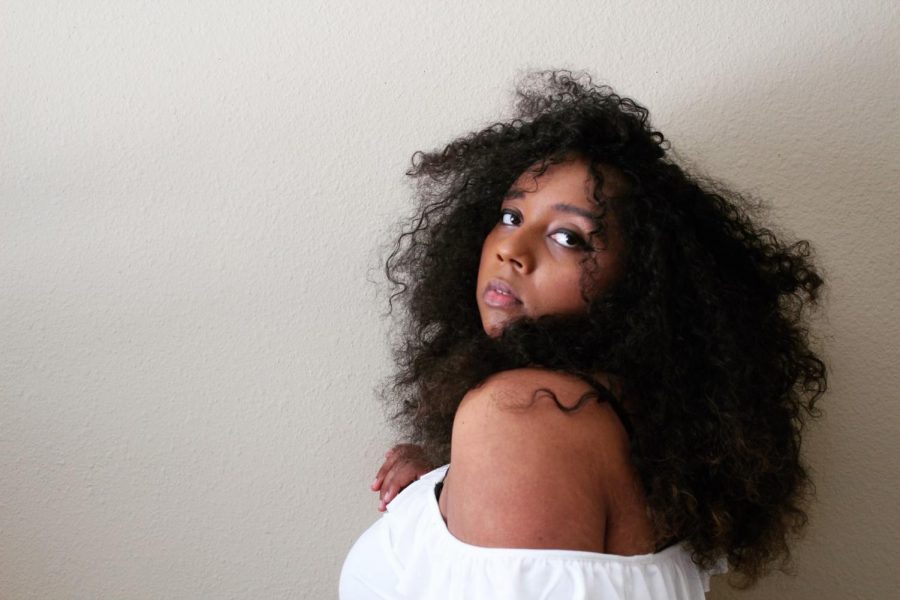 The negative associations that stain my skin more than my melanin have always been an existing reality present in my life. I’ve grown up in a world that is far from black and white but separated as such from centuries of slavery, racism, patriarchy, sexism, and many other power-hungry institutions. Growing up as an Afro-Latina, my race and gender have reiterated the systematic tones and languages spread by white men in our society. Therefore, the language used to describe centuries of pain that my ancestry has been subjected to and that my breathing kinship continues to be oppressed by, come to be announced with no reaction of surprise. The historical violence present then is just as prominent now. It is a notion shoved in my face just like many other Black individuals and people of color. The Blackness of my skin and the dynamics that dwindle my being because of my race have never been so painfully harsh until I’ve sought higher education at San Diego State.

As an aspiring filmmaker in the Television, Film, and New Media program at San Diego State, an incident like Robert Jordan’s vile lecture is one that didn’t shock me, it only infuriated me. In a recent lecture, the professor stopped to emphasize assumptions often associated with African Americans in a tone that rejected any sensitivity. This lack of sensitivity is one that envelopes the TFM program as a whole. As this incident isn’t the first of its kind to exist in this department, or in this immensely white institution, his insensitivity spoke a loudness greater than his racially driven examples. It was a loudness that riveted through my bones like a sickening cold as the violence and lost lives of Black men and women steadily fill this country by the hands of those in power. It is these same hands that live and breathe the like-minded association Professor Jordan enunciated about in his lecture.

During my time at SDSU, I’ve gone through countless incidents that have alienated me for my voice, my mind, and my worth. This is a perpetual reality of mine that I share with other people of color in both the TFM and Television, Theater and Film program, and beyond. As a member of Black Renaissance, a Black lead club that is passionate about making sure black representation is present within the projects and shows for both the Theatre and Film program on campus has finally made me feel included. This inclusion didn’t start though until my last year of college began.

Stories are magnificent ways to spread and share different worlds and passions amongst a vast audience. Since elementary school, I’ve dreamed of telling stories as fantastical as the blue-eyed, blonde-haired characters that bombard our books and screens. I’ve wanted to tell my own stories that depict the lives of nappy-headed, brown-skinned, Spanish-speaking, vagina-havin’, oriental, queer, and everything contrary to this Western fascination that has pushed to silence these narratives. The film department seemed like the best place to be, as the influence amongst screens resembles a wildfire spread across our society.

To my dismay, the film department has only tried to diminish my flame, my voice, both within faculty, in teaching, and in collaboration amongst my classmates. It’s a tight-knit community specifically secluding those who don’t fit in with the white patriarchal norm. To be anything but white, but male, separates people like me from the necessary means to excel in the program, people who are different, who are outsiders.

My first unfortunate experience in the department was also my first real taste of the TFM program. I signed myself up to volunteer as a production assistant on a scene recreation assignment. I was ecstatic to finally be able to see how movie magic was made. I was also torn to see that I was the only Black person on that set, a common theme that spread through most of my classes at SDSU and other film projects in the major. What was really disheartening was the introduction of the assigning professor checking in. I remember the laid-back cruelty of his words like a song on repeat. His comments revealed ancient ways of thought, uttering inconsiderate words like “are all these women really going to do a man’s job?” as he scoffed and gaped around. I remember the instant rage that sprouted from my toes, up to my body, and to my face, having to immediately bite my tongue and turn the other way. Unfortunately, this incident wasn’t the last and would only continue to share an unraveling outdated patriarchal mindset within the TFM program.

This mindset went beyond the board and appeared in the classrooms during times of collaboration. As the only Black student in my graduating cohort, I recall the unnecessary doubt that would seep through moments of hesitations from my peers. I remember the nagging presence of disregard blossoming around me as their associations and stereotypes regarding my skin tone hungrily feasted upon me like a blood-sucking leach. I remember the constant fear revealed in my classmate’s eyes at the smallest raise of my voice or from laughing too loud. I remember repeating myself countless times to try and be heard but only left to be brushed aside and ignored. I remember my words being used verbatim by someone who wasn’t Black and then them being praised for my ideas. I explicitly remember being called a “bitch” for trying to be nothing but nice during the end of my first semester in TFM 314. I also painfully remember racially violent comments and aggression towards the Black actors and crew members I wanted to bring in from outside the program, having a peer ignorantly verbalize “I think he is going to be someone who causes us problems” because of his locs and/or their Blackness, and then later praising him for his well-done performance.

As countless incidents have accumulated through my time here, amongst students and faculty, I know there is a lack of sensitivity, respect, and efforts to progress the program for women, people of color, especially Black people, and other individuals who identify as queer, trans, or anything that doesn’t fit in with the dominating presence of cis-white males. The program lacks any cultural ties and acknowledgment on assignments that hold any relation to my being or people like me. Assignments are given without the thought that someone like me won’t be able to relate or understand the white artists at review. Lectures lack knowledge outside of the masculine white realm, excluding many filmmakers who oppose this demographic. Most importantly, the major lacks a deep amount of support for people who go against the grain due to their intersectional backgrounds, who aren’t white or male.

While the negative experiences continue to stack up during my time here, I am grateful for the rare moments of empathy I have shared amongst a few classmates and professors like Brian Hu and Martha Lauzen. I am also grateful for the Women Studies department at SDSU and professors like Irene Lara and Margaret Slaska who seek to provide knowledge and language to very real problems that I have experienced during my time here. The insensitive nature that those we seek to learn from, that professors like Robert Jordan and students that follow blindly in the negative treatment that has been normalized in society to be expelled upon people of color, especially Black individuals — and especially Black women — has been present before my own acceptance in the program.

It’s time to change SDSU, the world is not black and white.