The Daily Aztec • May 5, 2021 • https://thedailyaztec.com/105526/artsandculture/for-some-students-a-pandemic-has-led-to-a-return-towards-old-pastimes/

For some students, a pandemic has led to a return towards old pastimes 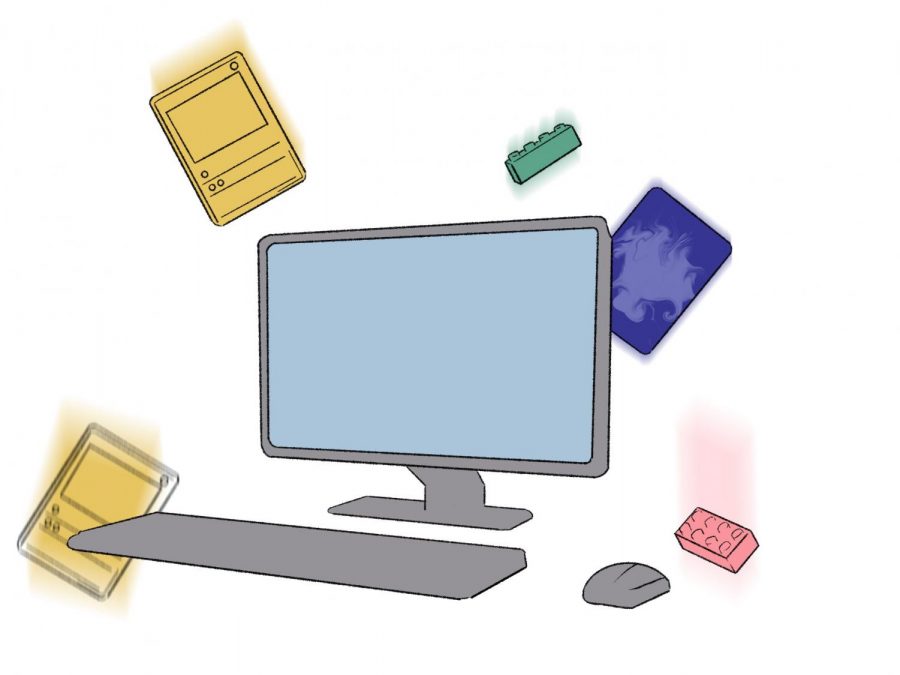 In stressful, uncertain times people tend to naturally hold onto things that make them feel nostalgic. This was revealed in a recent New York Times article where Valentina Stoycheva, a clinical psychologist specializing in traumatic stress, discussed how trauma can push people towards nostalgic behaviors.

“Anything that can help you calm yourself down, feel more soothed, feel more grounded, is very useful,” Dr. Stoycheva said.

A tether to the past that brings a sense of comfort is something that Americans, Californians, and even SDSU students are seeking during the COVID-19 pandemic that has caused over 500,000 deaths in America.

While some are still searching for blast-from-the-past activities that once made them happy, some have found them in the form of collecting Pokémon cards, putting together LEGOs and building personal computers or PCs.

Fans of the Japanese-based, worldwide-phenomenon franchise can point to several experiences that drew them to Pokémon. Children and adults alike have fond memories of playing video games or watching TV series. However, neither of these things were tangible, real-world objects.

That’s where Pokémon trading cards came into play. In 1996 the first Pokémon card was released, and the rest is history. Since their initial release, over 30.4 billion Pokémon cards have been shipped worldwide.

In the last year, Pokémon cards have been generating buzz with some rare cards selling at astronomical prices. One particularly rare first-edition holographic Charizard card sold for $183,812 to Logic, a Maryland-based rapper.

“When I was a kid, I absolutely loved Pokémon but couldn’t afford the cards,” Logic posted on Instagram. “Being able to enjoy something that I’ve loved since childhood now as a grown man is like buying back a piece of something I could never have, it’s not about the material it’s about the experience.”

Another celebrity, Logan Paul, spent roughly $2 million on Pokémon cards for an unboxing stream on YouTube.

Collector’s hopes of hitting the Pokémon jackpot have only been amplified by these mega-purchases. Even amateurs are trying to make money on the resale market, though some are content with the comfort of an old, childhood hobby.

Regardless of their motive to purchase Pokémon cards, buyers scooped them up and quickly created a shortage leaving many shelves empty where Pokémon cards used to be widely available.

Pokémaina has reached SDSU and Austin Reeves, a computer engineering junior at SDSU, is riding the wave of nostalgia.

“The pandemic was definitely a catalyst for the Pokémon Trading Card Game boom,” Reeves said. “People are locked inside, and it gets depressing after a while. A lot of people who are a part of the community are people who enjoyed Pokémon as a kid. These people are returning because it brings back those happy, nostalgic feelings from their childhood.”

Despite being somewhat of a newcomer Reeves has thousands of cards in his collection. Opening these packs and sharing with the community has served as a return to normalcy and a bright spot during a global pandemic for the SDSU junior.

“I really got back into it a few months ago. The community is very inviting to newcomers and looks out for one another,” Reeves said. “In my collection, I have a few thousand cards. It would take me a while to count them all… it has made me so happy.”

Collecting Pokémon cards have made people feel at home during a pandemic. However, when people are looking for something a bit more tactile to scratch their sentimental itch, they turn to another childhood favorite: LEGOs.

LEGOs have been around since 1932 and have since been among the most prominent toys in the last 80 years. They are vessels for creativity that have virtually unlimited uses and variations. Essentially, the only limit to LEGO’s usability is the imagination of the builder. Also, within the last 20 years, their licensing has expanded to include lucrative franchises such as Star Wars and Harry Potter.

With stay-at-home orders in most states over the last year, people needed the stuff to do and things to create. LEGO’s sales numbers reflected the increase in demand. During the first six months of the COVID-19 pandemic, their sales increased 14 percent.

With LEGOs in high demand, a popular third-party marketplace site StockX decided to facilitate an already-profitable resale market. In a 2019 Vox article, it was disclosed by Russia’s Higher School of Economics, LEGOs have a higher rate of return than gold, bonds, and stocks.

With the mix of nostalgia, high resale prices and adult-friendly sets LEGO has a recipe for success that even translates to higher foot traffic in brick-and-mortar stores during a pandemic.

SDSU foods and nutrition senior Allison Rasche is an employee at the LEGO store in Fashion Valley and has noticed an increase in customers.

Whether it be new faces or regulars, the pandemic has driven the demand for LEGOs.

“I think the pandemic has increased the popularity of Lego quite a bit,” Rasche said. “People are looking for more activities they can do whilst staying home and building with Lego is a fun home activity.”

Even employees are collectors too. Rasche brings her work home with her favorite pieces from the store.

“I tend to buy sets that involve plants or animals,” Rasche said. “I display a lot of my plant sets amongst my house plants as well!”

LEGO offers experiences for everyone old and young, new customers and regulars, boys and girls and has only been continuously in demand during the COVID-19 pandemic because of its ability to bring back memories while creating new ones.

While Pokémon cards and LEGOs both offer solace in uncertain times, building PCs offers a challenge and a versatile tool once completed.

With the rise of the internet in the late ’90s and early 2000s, computers became a fixture in homes worldwide. In the midst of the COVID-19 pandemic, the world has gone digital and computers became more essential than ever.

With time to spend, some have made it their personal project to build themselves PCs and, in the process, revitalizing an industry that has been around since the 1970s.

Whether a PC build is taking place to upgrade a home workstation, take advantage of new video game technology or a mix of both; hobby stores and major chain retailers sell kits that set builders up for success.

In fact, an article in PC Mag revealed that more Americans are building PCs during the pandemic by 89 percent.

Even celebrities are getting in on the action. Henry Cavill, who played Superman in numerous films and starred as Geralt of Rivia in The Witcher, is an avid gamer who documented his PC build last year.

“When it comes to computers, many big-name companies will charge a high price for hardware that isn’t worth that cost,” Nieman said. “This makes building your own computer much more cost-efficient.”

Much like LEGOs, building a computer provides a sense of creation. Nieman recounts his own experiences as he described the process of constructing his own hardware.

“It is a mix of both nostalgia and challenge,” Nieman said. “Building a computer provides a source of creation, you take all the pieces and put them together with your hands to create something capable of doing many things. It reminds people of building LEGOs, but for adults.”

Nieman also recounted how gaming and the pandemic have driven PC building through the roof.

“Games give you the freedom to escape the apartment, socialize with friends, create a new building or even get a workout in with VR,” Nieman said. “These endless possibilities mixed with entertainment that games provide have given rise to people wanting a powerful computer and many have looked to build their own computer as the solution.”

Overall, the pandemic has driven many to their comfort zones with new takes on old hobbies. SDSU students continue to adapt and grow while cherishing their former favorite pastimes in a different light.