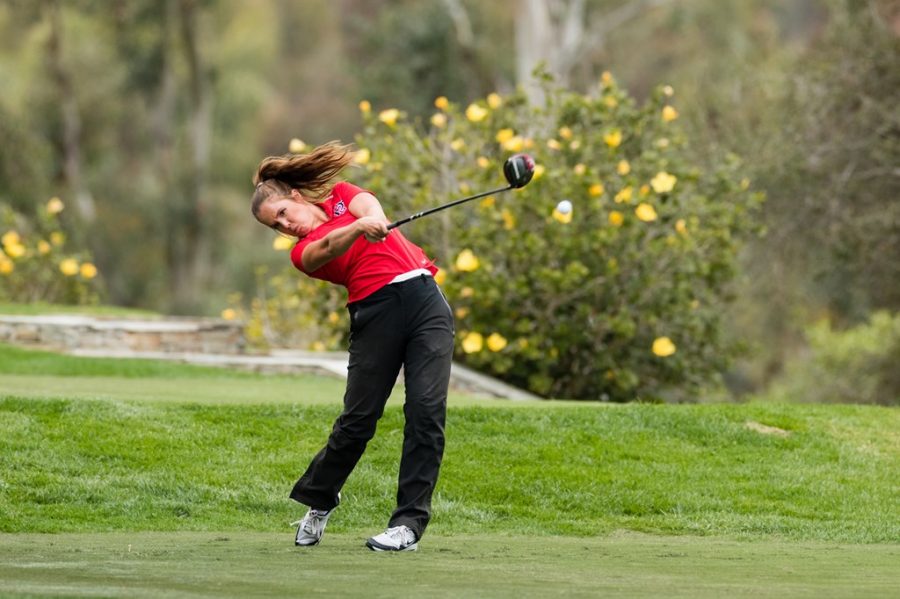 San Diego State women’s golf, which ranks 47th by Golfstat and 51st by Golfweek, will continue its 2020-21 season in the NCAA Regionals for the seventh consecutive year and in 10 of its last 11.

On April 28, the Aztecs heard their name as one of 46 teams to earn an at-large bid as a No. 12 seed in the Stanford Region.

First round play is set for May 10-12 at the Stanford Golf Course in Stanford, Calif., which is a par-71 course measuring 6,269 yards.

The top six teams and the top three individuals from non-advancing teams from each region will move on in the tournament.

If SDSU or its players are one of those top six teams or three individuals, they will move on to the NCAA Championships that will take place May 21-26 at the Grayhawk Golf Club in Scottsdale, Ariz.

The other three regions are in Columbus, Ohio, Baton Rouge, La., and Louisville, Ky.

In addition, Mountain West Conference opponent San José State is also in the Stanford region as a No. 14 seed.

The Aztecs are coming off the MWC Championships where they led for the first two days, but finished second to New Mexico by four strokes.

Kjellker’s victory marked the third Aztec to take individual honors in the last four MWC Championships and the first since Milagros Chaves won the tournament in 2018.

The Lobos, who received the conference’s automatic bid, are also a No. 12 seed in the Columbus region at The Ohio State University Golf Club.

SDSU’s best team finish in the NCAA Regionals was in 2018, when the Aztecs tied for seventh at TPC Harding Park in San Francisco. The Aztecs were one stroke short of forcing a playoff to be the sixth and final team from the San Francisco Regional to move on.