The Daily Aztec • May 5, 2021 • https://thedailyaztec.com/105723/news/biden-officially-recognizes-armenian-genocide/ 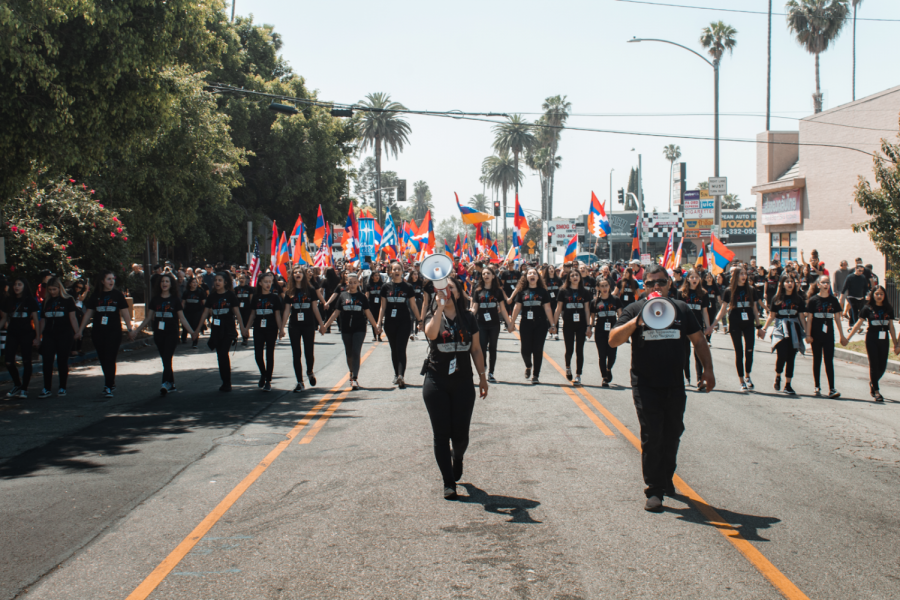 On April 24, President Joe Biden released a statement that officially recognizes the deportations, death marches and massacres of about 1.5 million Armenians in the Ottoman Empire as a genocide.

“Each year on this day, we remember the lives of all those who died in the Ottoman-era Armenian genocide and recommit ourselves to preventing such an atrocity from ever again occurring,” the statement said.

Biden is the first president to do so since 1981 when Ronald Reagan used the word “genocide” to describe the killings in a speech that commemorated the Holocaust.

Turkey’s Ministry of Foreign Affairs responded with a press release objecting to Biden’s declaration of the 1915 events as genocide.

“We reject and denounce in the strongest terms the statement of the President of the U.S. regarding the events of 1915 made under the pressure of radical Armenian circles and anti-Turkey groups on April 24,” the press release said. “It is clear that the said statement does not have a scholarly and legal basis, nor is it supported by any evidence.”

In Turkey, Garo Paylan, an Armenian member of the Grand National Assembly of Turkey for the People’s Democratic Party, proposed a law on April 25 that would officially recognize the Armenian Genocide in Turkey, according to a report by Ahval.

Paylan was met with criticism and even threats. Umit Ozdag, a deputy of Istanbul and former deputy of the Nationalist Movement Party, a far-right political party, threatened Paylan in a tweet following the proposal of the law.

“Talat Pasha did not drive [out] the patriotic Armenians, but those who shot them from behind like you,” Ozdag said. “When the time comes, you will have a Talat Pasha experience and you must live it.”

Talat Pasha was the leader of the Ottoman Empire who was eventually assassinated in Berlin by Soghomon Tehlirian, who had family members killed during the genocide.

Biden ended his statement by addressing what he hopes for in the future.

“Let us renew our shared resolve to prevent future atrocities from occurring anywhere in the world,” Biden said. “And let us pursue healing and reconciliation for all the people of the world.”