The Daily Aztec • May 5, 2021 • https://thedailyaztec.com/105792/artsandculture/senior-farewell-brandon-freed/ 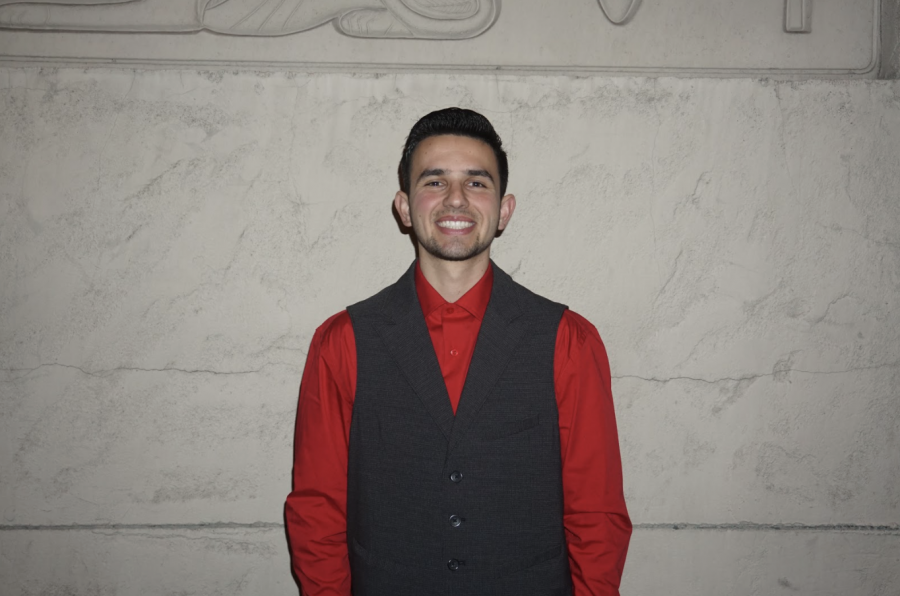 My name is Brandon Freed. I first joined The Daily Aztec my junior year and I have to say it has been one of the best times of my life.

I have made many memories being a part of the DA crew. I have made some amazing friends along the way. I couldn’t have asked for a better group of people to surround myself within my final two years of college. I honestly wish I knew about The Daily Aztec sooner and joined my freshman year.

My favorite memory being a part of the DA has to be in Vegas covering the Mountain West Conference Basketball Championship during the 2019-2020 season. During that tournament, we as a crew spent all our time together. We went to the games together, had food together and hung around the hotel together. We shared many laughs during the trip.

The game I got the privilege to cover during that tournament was the semifinal matchup between the Aztecs and Boise State Broncos. The Aztecs won in a thrilling game and I loved being able to deliver a pregame and halftime stand-up.

I would have to say my favorite story that I wrote as part of the DA has to be a story I wrote last year when I gave an opinion piece on what I felt were the top five greatest moments for the Aztecs men’s basketball team during their great run following the 2019-2020 season. Kawhi Leonard had the chance to retire his jersey in front of the home crowd that year. The Aztecs were able to accomplish a historical 26 game winning streak and climb to the ranking of number four in the nation. It will definitely be a story I will never forget.

I would have to say, if you want to experience writing stories and creating packages, I’d highly recommend joining the DA. Try to write and cover as much content as you can and don’t be afraid to ask for help when you need it. The DA is filled with energetic and exciting people that want to help you get better at covering stories and creating content. They definitely helped me become a better writer and overall better person along the way. You’ll make lasting memories with everyone involved in the club and have an experience you will never forget! I know I won’t!