The Daily Aztec • May 14, 2021 • https://thedailyaztec.com/105868/sports/kathy-van-wyk-announces-retirement-as-softball-head-coach/ 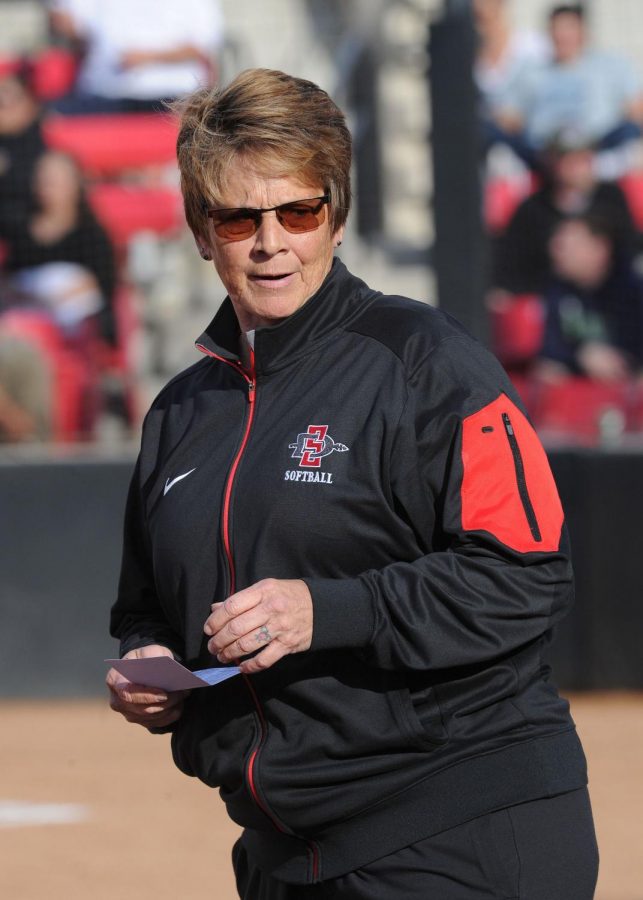 Now, Nuveman-Deniz is poised to take over, as current head coach Kathy Van Wyk announced her retirement on May 14.

With an 805-555-1 record (.592 winning percentage), Van Wyk leaves a legacy as one of the winningest coaches in the history of the Mountain West Conference and San Diego State.

The five-time MWC Coach of the Year has amassed a record seven conference titles and 11 NCAA Tournament appearances.

“Kathy’s impact on the softball program and athletic department overall has been nothing short of remarkable,” San Diego State director of athletics John David Wicker said of Van Wyk in a press release. “Reaching the 800-win plateau is a testament to her hard work, dedication and desire for excellence. But it is the countless student-athlete lives that she positively impacted that will be her lasting legacy.”

Van Wyk started her softball career at Texas Women’s University in 1979 before transferring to Cal State Fullerton in 1981. As a pitcher in college, Van Wyk had a 0.18 ERA and had a .972 winning percentage — the highest until eventual Olympian Jennie Finch eclipsed that in 2001 with a 32-0 record.

In a Q&A in January, Van Wyk said she felt honored entering her 25th season at the helm of SDSU Softball.

“It means I’m old,” Van Wyk said. “It means that I’m incredibly blessed to go into coaching, first of all, and to have an influence on young lives is a huge thing. But then to be able to stay in one place for as long as I have, in our line of work, doesn’t happen very often. It is very rewarding.”

With three games remaining in the season, Van Wyk and the Aztecs sit at fourth in the MWC standings with a 12-9 conference record (27-14 overall).